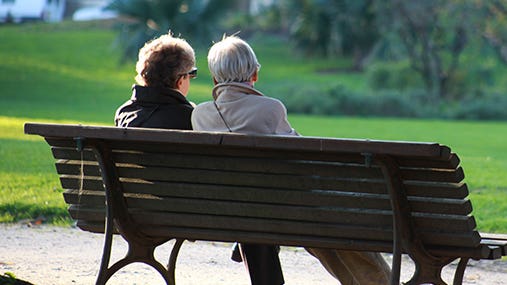 Two popular retirement destinations — Arizona and Florida — did not make the top 10 list of Bankrate’s 2014 best states for retirement. Instead, such improbable states as Montana, Nebraska, Wyoming, Utah and the Dakotas made the top 10, based on criteria such as cost of living, crime rate, tax burden, weather, health care quality and feelings of well-being as tabulated by the Gallup-Healthways Well-Being Index, a comprehensive survey that measures people’s satisfaction with their quality of life and surroundings. Meanwhile, Arizona ranks 16th, and Florida came in 39th.

Why are Arizona and Florida so popular among retirees? Bankrate reached out to tourism expert Kathleen Andereck to find out. Andereck, associate dean of the College of Public Programs at Arizona State University, has done research work with a number of organizations and agencies at the federal and state levels, including the Bureau of Land Management, the USDA Forest Service, the Arizona Office of Tourism and the Arizona Department of Transportation. She currently serves as co-chair of the National Recreation and Park Association’s Leisure Research Symposium.

Andereck says many factors go into the decision about where to retire, and some can’t be easily measured.

Why have Arizona and Florida become a destination for retirees?

One thing retirees look for is to live in a place where they already know people. You know, social support is pretty important. I have actually known people who move somewhere and felt like they did not have that social support system and so they have gone back home.

Arizona and Florida are home to a number of retirement communities that offer a robust support system for newcomers. Is that part of the draw?

Yes, it definitely is. And many of those communities provide amenities that retirees are looking for. So they have a lot of quality-of-life amenities. They offer travel programs. They have community centers and senior centers where people can gather to do things socially. So yes, that is absolutely a huge part of it. There are classes available to people that they might be interested in. So there is absolutely some momentum going with communities like that. And usually they are fairly affordable for living. And then they create that social aspect to living there. And some people prefer to live with a lot of people that are more their own age, so they typically do not let people under the age of 50 or 55 even live there.

If you look at the statistics, however, for cost of living, crime, health care, weather and other factors that matter to retirees, you’ll find that neither Florida nor Arizona ranks as the best state in terms of retirement. Other states, like Colorado, Utah and the Dakotas, actually rank much higher. Does this make sense to you?

A lot of those states have industries that are strong. They have the oil industry (especially in North Dakota) and so taxes are likely to remain low. … In a lot of states like Montana, even though it is cold in the winter, it is quite beautiful. … There are a lot of nice quality-of-life amenities and it is still arid and sunny. So you get the sun and you may get some snow. But then a lot of people also like winter sports, including retirees. So they still ski and do other kinds of things. So that is not all bad. That is probably why Colorado is popular, and Utah, too, potentially.

You know, we tend to put a lot of emphasis on weather, but that is just one part of the equation, and there are a lot of other reasons people want to live in one place or another. And it is not necessarily all about weather.

It seems like popularity may not be the best thing. If a retirement spot becomes too well known, then property values go up. The cost of living goes up. All of a sudden, it’s not such a great place to retire.

Yeah. You know, I think that there are just so many factors that play into it that it is really hard to be predictive as far as where people are going to move to and why they are going to go there. Each person you ask may have a slightly different reason for going somewhere. Again, whether it is because they have kids who are there or they have friends that have moved there before them, there are just so many different reasons that people might go to one place versus another.

For people considering a move in retirement, what advice would you give?

A: Well, I am really keen on quality of life and those things that make your life enjoyable. So I would suggest people look more at the kind of place where they think they will have fun and that they will find life to be really good. Weather and safety and health care are certainly important. (But) I hope they just are able to enjoy the time that they have while they are retired and move somewhere where they can participate in different kinds of activities that they really like — whether it is hiking or other kinds of outdoor recreation or if it is skiing. Or, if it is a good place to go because you like to travel and it is a good place to leave from — a great airport with good connections. That would be my recommendation. Just look for a place where life is going to be really enjoyable.