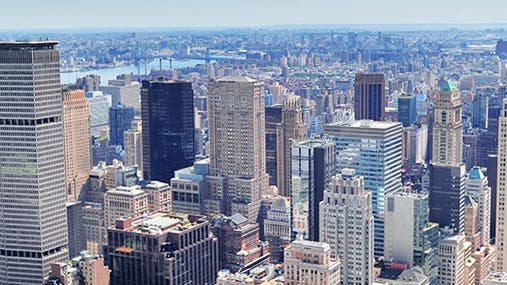 In the 20th century, many retirees in America flocked to the Sun Belt looking for low taxes, cheap living and warm sun. As baby boomers retired to the once sparsely populated region, golf courses and luxury developments sprouted up in Las Vegas, Phoenix, Santa Fe, N.M., and Orlando, Fla.

But today, more seniors are choosing to stay close to the urban offerings of major metropolitan cities across the country. The biggest problem with retirement planning in these cities, of course, is the hit to the pocketbook. To afford living in some of the most expensive U.S. cities, retirees are finding new strategies to cope with the high prices and high taxes that come with enjoying a big-city lifestyle. 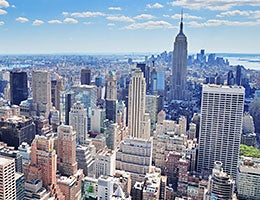 “The biggest expense in this city is rent,” says Grace Weaver, a 91-year-old New York City native who has lived in the same apartment building for more than 50 years. “I have a rent-stabilized apartment, so I pay less than $1,000. If it weren’t for that, I couldn’t live here.”

Thanks to a pension Weaver describes as “decent” and such investments as tax-free municipal bonds, Weaver says her retirement has been relatively comfortable, although she has always been frugal. She shops in thrift stores, including the one in midtown where she volunteers three days a week. “You can retire very well in New York City. There are lots of free and cheap things to do, with the museums, theater and movies.” Weaver adds that life in New York City can be cheaper than in other parts of the country, thanks to public transport. “I’ve never had a need for a car, and that saves me hundreds of dollars on insurance, gas, parking, maintenance — plus the car itself,” she says.

Although the cost of some things in Manhattan are higher than in the rest of the country — for example, one doctor’s visit costs $163 on average in New York City, well above the national average — Weaver believes it’s cheaper there than in Florida. “Plus, who wants to deal with the heat and humidity?” Weaver asks. 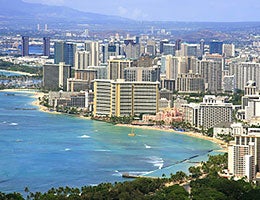 Before moving to Hawaii, Clif Purkiser lived in San Jose, Calif., so he was accustomed to a high cost of living. “The biggest issue is housing,” he says. “It’s just like the Bay Area: If you can manage housing, you can find ways to mitigate the costs of everything else.”

Purkiser says his health insurance is “cheap” compared to most of America. “I think my $300-per-month plan and $25 copays are a bargain compared to what some people on the mainland are paying,” he says.

Taxes are another issue in Hawaii. While the Aloha State charges no sales tax, an excise tax is levied on all goods and services. “This can make life more expensive than in the rest of the country. The good part is that, in Hawaii, your pension income is mostly exempt from taxes, and that can drop your tax burden down quite a bit,” Purkiser says.

Purkiser admits that most Americans would find it almost impossible to retire in Hawaii, but he estimates $3,000 per month could be enough for a retired married couple, on top of housing costs. While housing in Honolulu runs about $2,700 a month, “If you go outside of the city, you can rent a small bedroom for $1,100 or $1,200 per month,” Purkiser says. “Like the rest of the country, there are some deals in the suburbs.” 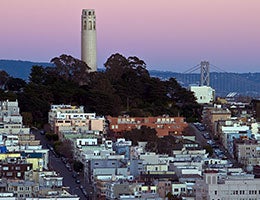 As the third most expensive city in the country, San Francisco is rarely a top spot for retirees, even with its mild climate. But for Sandra Perkins, the city was the best place to retire after her real estate career in Las Vegas was abruptly cut short by the subprime financial crisis. “My husband and I had saved just enough to move to my favorite city on Earth, so we left,” says Perkins.

Costs are much higher than in the Perkins’ previous hometown; with an average home price of nearly $814,000, buying was out of the question. “We were skeptical about renting in retirement, but there was little choice. We still worry about having to downsize if our investment income can’t keep up,” Perkins says. “But we’re both 59 — so we’re young enough to move if we must.”

Perkins says she copes with other high costs by being frugal and shopping around. “Some produce is cheaper here than it was in Vegas. A lot of my friends buy their food at co-ops, but I try to buy in bulk to save. Fortunately, we have very good private health insurance, so our health care costs haven’t changed since we moved.” The average doctor’s visit in San Francisco costs about $125, but Perkins says, “We only pay $20 when we see the doctor, minus prescriptions.” 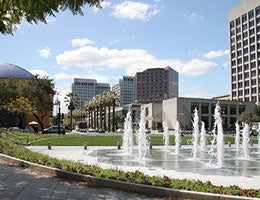 In San Jose, Calif., average energy costs are $243 per month, compared to $172 in San Francisco. Food, medicine and gasoline tend to cost about the same, but a car is a necessity in San Jose.

MaryAnn Ellison is a San Jose native who retired in her hometown after a 30-year career. “My husband and I bought our home over 35 years ago, and that alone has made it possible to retire in this city,” she says. “We paid our mortgage off a long time ago and never got a home loan. That’s a huge mistake too many people made; then it blew up in 2008. … If we’d taken a second mortgage like our friends, I’d probably need to work into my 70s, or we’d have to sell the house and move somewhere cheaper.”

At $783,250, the average home price in San Jose is a bit less than San Francisco’s, but still far above national averages. “I guess if we sold, we could have a more lavish lifestyle someplace cheaper, but this is my home,” MaryAnn said. “I’m not going anywhere.” 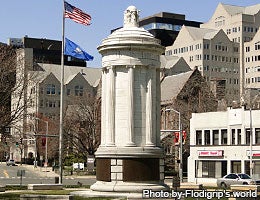 Less than an hour from Manhattan, Stamford has been a favorite place for New York City professionals looking for more space, more trees and less noise. As a result, the city’s average home price of $575,200 is far above the national average, but a bargain compared to Manhattan’s average home price of $1.325 million. Still, high prices are the norm for housing, food, energy and services. A doctor’s visit costs on average $132, slightly less than Manhattan’s $163, but more than in other parts of the country. Connecticut has the fourth-highest health insurance premiums in the country, according to a 2010 study by The Commonwealth Fund, a private foundation focusing on health care policies.

“Health care is always a worry for seniors,” says Ana Nelson, executive director of the Stamford Senior Center. “Seniors struggle in Stamford because it’s so expensive, and costs keep rising.”

Tax burdens can be particularly challenging for retirees in the state, since the state charges income tax on pensions and annuity benefits. While Connecticut’s earned income tax credit helps lower the rates paid by lower-income residents, retirees still face higher-than-average costs for food, housing and electricity in Stamford. “It’s not a cheap place to retire,” Nelson says.

Nevertheless, many retirees call Connecticut home, as the state ranks among the most populous among the 65-plus crowd.