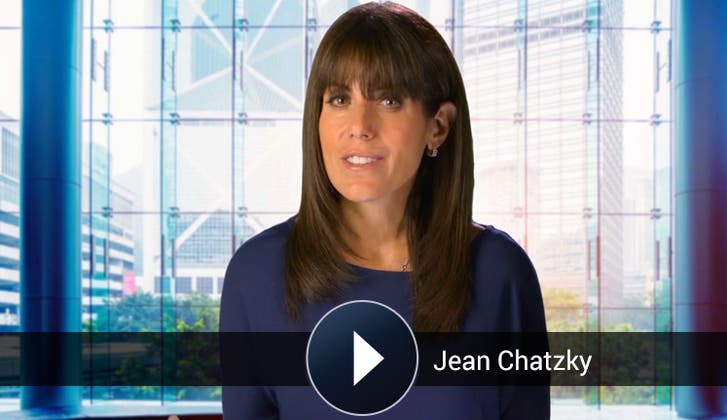 Dying is generally an unpredictable event, but planning for your passing can make it easier for everyone. That is, unless estate planning goes terribly wrong.

Unfortunately, unless an error or bad plan comes to light while you’re still alive and kicking, it can turn into a mega-problem after it’s too late.

Estate planning mistakes can be made by an expert, or they can occur if you fail to communicate your intentions and plans to everyone involved.

Not knowing what you don’t know makes a foray into the dense and specialized field of estate planning difficult for the uninitiated. If your attorney suggests something that ultimately harms the estate, how would you know?

Case in point: A lawsuit filed recently in Chicago alleges that a very high-profile estate planning attorney suggested that a client do a 60-day rollover with an inherited individual retirement account in order to satisfy taxes owed on the estate.

Anyone who deals with inherited IRAs should know this is absolutely not allowed. And the Internal Revenue Service will not allow the mistake to be remedied by a redo. Beneficiaries are on their own in seeking some sort of redress from the lawyer who gave them the bad advice in the first place — hence the above-mentioned lawsuit.

Mistakes involving inherited IRAs typically occur after death — after all, they can’t be inherited until that point. However, plenty of estate planning mistakes occur while the testator, or the person doing the planning, is still in the pink.

Susan Wilkes of Clearwater, Fla., found that out when she hired an attorney to create a trust to protect her minor daughter. When she went to revise the trust six years later, she discovered that the pricey attorney she initially hired had made a mistake.

“She left the bulk of my trust to my minor daughter ‘fee simple,’ meaning that if I died, my financially irresponsible ex-husband, as my daughter’s guardian, would receive a check for the large residual balance of my trust,” says Wilkes.

In the case of the mishap with the inherited IRA, things may have gone differently if the estate had the cash to settle up with the tax man without liquidating assets.

That is another common difficulty in estate planning — particularly with the popularity of transfer-on-death accounts. Joint accounts, beneficiary designations on insurance policies and transfer-on-death provisions on bank accounts all let assets jump over the probate process and land directly into the hands of the inheritor.

“That simplifies the distributions of those assets, but it may leave the executor of the estate no liquidity to pay taxes or that final income tax bill or doctor bills when you have designated beneficiaries on all of your liquid asset accounts,” says Jakabcin.

In cases where the estate does not have the liquidity to pay bills or taxes, beneficiaries or heirs may have to come up with the money themselves. “Sometimes we have to see if we can allow the recipient of the IRA to loan money to the executor to pay bills. Credit card companies may be out of luck because there may be no ability for that creditor to go after the beneficiary for unpaid credit card bills, but taxes are another situation,” she says.

The IRS can come after anyone involved, from the executor to the transferee — the person receiving the assets.

Consider all the angles

Do-it-yourself and store-bought wills often lack this perspective and foresight. For instance, after going through a wild time in her life, a woman had a baby with a disreputable man, a drug dealer by trade, according to the court system that convicted him. After having the baby, the woman woke up, took charge of her life and was promptly killed in a car accident. She died instantly at the accident; her son expired 12 hours later.

“Her will said, ‘If I’m gone, everything goes to my son.’ Not in trust, not with somebody protecting him from the assets until he was in his late 20s or so, but it all went directly to him. The problem was, she had over a $1 million wrongful-death claim on her life, filed by her family. There was another on the son, both of which paid off,” says John J. Scroggin, a business, tax and estate planning attorney in Roswell, Ga.

The only intestate heir of the infant was his father. (Intestate refers to the circumstance of dying without a will.)

If there had been a trust in place to pass assets to the son, the mother’s assets would have passed back to her family. Not so for the money from the wrongful death claim on the son’s life. According to Scroggin, the father would have gotten 100 percent of the son’s assets.

Had the mother survived the son by any amount of time, the son’s wrongful death claim would have been equally split by the mother and father, and all of the mother’s assets would have passed to her family members as her sole intestate heirs.

No one can divine what will happen in the future, but professionals should be able to map out a plan that accounts for nearly every possibility.

Any estate plan of any size can go catastrophically wrong — particularly if no one knows you’ve taken steps to leave something for heirs.

“We had a client whose father had a massive stroke. His kids swooped down into the town he was in, divided up all of his furniture and brought Dad back to a nursing home here in Atlanta. They didn’t bother to look through any of his papers or anything else and closed down his bank account, closed down his mail and just shut everything down,” says Scroggin.

Following the father’s death months later, the client and siblings went through their father’s papers and found a life insurance policy worth $1 million. Their first incredulous question was, “Is this worth anything?”

“We checked on it, and it had been. Dad was having his account debited every month to pay for the life insurance, and when the payment stopped because the bank account got closed, the insurance company sent a letter to the address they had. The letter got returned because there was no forwarding on the address, and they lost a million dollars,” Scroggin says.

Trying to please everyone

Even if all the i’s are dotted and t’s are crossed, things can still go badly. Often, it’s the little things that permanently derail plans and family relationships.

Items of sentimental value can cause serious rifts among the bereaved. Experienced estate planners recommend that the person doing the planning — known as the testator — communicate with heirs ahead of time to spell out what everyone will get when they die and how they can come to equitable agreements on cherished objects.

“I had two brothers one day shouting at each other in their mother’s kitchen about a yellow Tweety Bird figurine that had sat in the kitchen for 50 years. And I’m going, ‘Guys, I’ll buy one on eBay, and I won’t tell you which is the original because it is only going to cost a buck-fifty,'” says Scroggin.

Larger bequests, of course, are fraught with rivalry and envy as well. It’s not at all uncommon for heirs to waste the entire value of the estate fighting over what someone else inherited. At that point, the estate and the family relationships are gone.

“It’s a double-edged sword; people don’t want to communicate what property is going to be given because it could cause animosity. It may cause animosity now, but you can deal with it. Later on, you have no control of it because you are gone,” says attorney Senen Garcia, founder of SG Law Group in Coconut Grove, Fla.

Talking about death and dying is not something that comes naturally to most families. But communicating your plans and the intentions behind them could prevent estate planning mistakes and save everyone heartache and money.