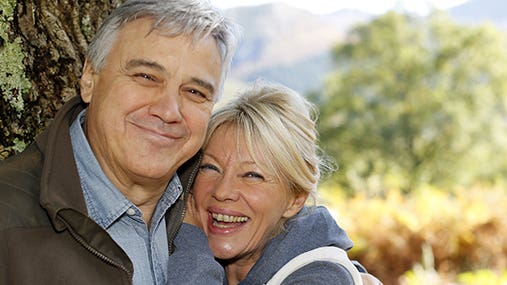 Retirement is more of a privilege than a guarantee. It’s reserved for those who’ve amassed enough wealth during their working lives to pay for everything that comes afterward.

That’s a high bar for many Americans, says Olivia Mitchell, a University of Pennsylvania economist who specializes in retirement security. A lot of would-be retirees are instead looking for part-time work. And those who were prudent enough to pack away a satisfactory nest egg have found that they need to be equally prudent in retirement — that money needs to last years, if not decades.

Cost of living is an especially critical issue for retirees. It should be one of the top retirement priorities for anyone who’s looking to relocate during their retirement years, Mitchell says.

The executive director of the Pension Research Council at the Wharton School of the University of Pennsylvania, Mitchell shared her views with Bankrate as part of its best and worst states for retirement package.

If you were thinking of moving after retirement, what are the main concerns that you’d need to address before deciding where to go?

In Pennsylvania, we had a very tough winter. I got very tired of shoveling very deep snow. The thought of moving to a warmer climate was something that began to creep into my consciousness.

I think cost of living is critical. Taxes are very important. Some friends of mine recently moved to California, then emailed me saying, ‘Gee, we did not realize that pension income is taxed in California where it is not in Pennsylvania.’ Research the tax questions right away.

A number of Americans now are starting to move overseas for their retirement. This would be particularly to take advantage of the lower cost of living, lower housing (costs). Medical care can be very cheap, depending on the country you pick.

You can still get your Social Security and pension checks if you live abroad. But you will typically not be able to take advantage of Medicare. On the other hand, privately purchased medical insurance can be very inexpensive. What I would think about in that sort of setting would be how easy it is to travel in and out of that country. Because, after all, if you have grandchildren, they are going to want to come see (you) now and then. What is the quality of the medical care? Is there a good and reliable Internet since we have all become so attached to the Internet? Not to be able to Skype to my kids would really annoy me.

But I think also important is, do you speak the language? Because to go to some other country and not to be able to converse relatively fluently could be problematic. Safety would be another consideration.

You mention people moving overseas for the lower cost of living. Would it make sense to do the same thing within the U.S.? That is, would they be able to extend their retirement finances by moving to another part of the country with cheaper housing, groceries, etc.?

Well, the cost of living is very critical. There are things you can do, of course, to make it cheaper to live in the city or in the town that you currently reside in. For example, many people downsize their homes and move into a condo or an apartment — or something that requires less upkeep than maybe the house they raised their children in. Sometimes putting in new windows can dramatically reduce heating costs.

What advice do you have for people who are just about to retire?

I tell them to keep working. I mean, one of the answers to the retirement savings shortfall for many people can and should be to work longer. Because, for example, if you delay claiming your Social Security from age 62 to age 70, your monthly benefit checks go up by 76 percent. That is a remarkable improvement in the lifetime income flow, which, by the way, is inflation-indexed. If you can possibly keep going even part time, that will help you boost your benefit checks. It will also delay the date. Then you have to start drawing down in your nest egg.