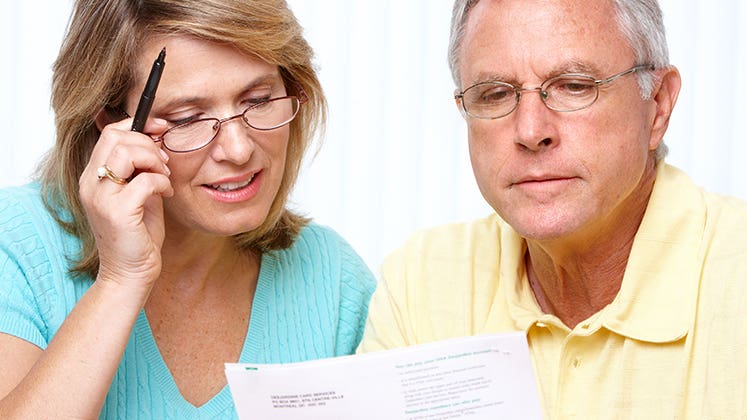 Between inflation and consistently pitiful yields, retirement planning has become a Herculean task. Investment is tough when working with low returns. But there’s a bigger problem on the horizon — a large majority of baby boomers on the cusp of retirement won’t have enough assets to last them for the duration.

In order to get a better understanding of retirement planning in a weak economy, we asked John Moore, associate professor of finance and economics at Walsh College, to provide us with some insight. As a frequent radio and television guest, he has served as an expert on Detroit Public Television as well as at the Economic and Business Historical Society annual conference.

I believe the answer is yes. Returns from equities over the past dozen years have been disappointing by historical standards. Unfortunately, the near-term future of capital markets remains unclear due to the slow growth of the American economy and uncertainties in Europe.

The consequence is that many boomers are underfunded for their retirement. Many of them will need to work longer in order to accumulate the funds necessary to retire in comfort. An alternative will be to scale back lifestyle choices during the retirement years. The reality is that the average boomer will likely live their retirement years more comfortably than their grandparents, but perhaps not as well as their parents.

For retirees already on a fixed income, what effects has the recession caused?

The problem for fixed-income retirees is that the cost of “ordinary goods,” such as groceries, gas and utilities, is currently increasing at a faster rate than the official (Consumer Price Index). This can seriously damage the real purchasing power that retirees have at their disposal. Although we are by no means in the same situation yet, the last time that retiree purchasing power was badly damaged was in the 1970s, when high inflation hurt retirees and the poor harder than any other segment of society.

How can an individual plan for retirement and determine the total amount he or she needs once retired?

Each individual’s plan is unique. It depends on when they want to retire, what sort of lifestyle they want to live during retirement, the amount of savings they accumulate, and their investment styles. Everyone serious about retirement should work with some sort of qualified financial adviser to answer those questions.

In light of the currently volatile financial world, individuals should be prepared to save more and assemble a well-diversified portfolio in order to ensure they reach their investment goals. Although this may seem counterintuitive right now, a well-constructed portfolio should include some real assets such as real estate.

What significant impact has the economic meltdown had on investment plans such as a 401(k)?

Most 401(k) and IRA plans have produced lackluster returns over recent years since they usually mirror the market fairly closely. Unfortunately, there is no magic elixir to this situation. It’s plausible that the next decade could produce similarly poor results.

Individuals cannot make markets perform; they can only react to them. Investing is more a function of discipline and persistence. Intelligent investors, in conjunction with their advisors, should set a plan, reassess it frequently and make adjustments such as setting more funds aside to invest and/or adjusting their risk/reward investment profile.

What are some of the financial risks for people in retirement?

The great challenge for retirees is that they are in a “wealth preservation” mode. Lagging market performance and rising costs are the enemies of happy retirement. Retirees should be cautious in assessing their lifestyle costs, as the current economic situation may continue for a prolonged time frame.

Is there any advice you would like to give to individuals who are planning for their retirement?

Prudent investing should be the byword. Consider that the present economic malaise is similar in some ways to the Panic of 1873, which was notable not for being the worst recession ever but rather for one whose impact lasted for quite a long time.

Keep in mind that while financial markets can sometimes produce truly impressive returns, such as the recent run-up of the NASDAQ (stock index), it can also bite back. Despite its recent surge, the NASDAQ is only 60 percent of its 2000 value. The Dow Jones (industrial average), after the 1929 crash, took 25 years to return to precrash levels. The Nikkei (index) still has not returned to its pre-1989 crash levels.

I’d be particularly concerned about inflation, which typically poses a serious problem for investors and savers. The Federal Reserve is presently pursuing easy-money policies and, when the economy finally expands, we could very well see inflationary pressures. Most people forget the financial damage caused by 1970s stagflation because the 1980s and 1990s provided the longest economic expansion in American history. We have no guarantee of a repeat episode, if we encounter inflation in the next two to five years.

Investors need to become bigger savers and construct diversified portfolios that, to put it in baseball terminology, are more focused on hitting singles and doubles than home runs.

We would like to thank John Moore, professor in the Finance and Economics department at Walsh College, for his insight.