Think outside the fund

You’re approaching 50 — or maybe you’ve even passed it by — and it suddenly dawns on you that you need to fatten up your retirement fund in a hurry.

If you’re in a high enough income tax bracket, the solution may be simply to think outside of the fund. While there are limits on how much money you can contribute to a tax-favored qualified retirement plan, you can save as much as you want somewhere else.

“Somehow people have a tendency to believe that the only money they can have in retirement has to have the word IRA attached to it … and that’s just not true,” says Scott Cramer, president of Cramer & Rauchegger, a financial advisory firm in Winter Park, Fla. “If you have maxed out your IRAs and your 401(k)s, don’t be afraid to put money into a savings account.”

From Cramer and other financial advisers, Bankrate got seven more strategies that late or slow starters can use to bump up their retirement savings. 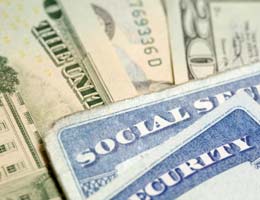 Determine how much retirement income you need, taking into account your living expenses, tax situation and estate plans. Then figure out how much income can be generated by Social Security or pensions. The difference has to come from your retirement savings.

“Put a goal out there and have a number that you want to hit,” says Ernesto Sampson, a Certified Financial Planner with Ameriprise Financial Services in Glen Allen, Va., who advocates targeting a dollar amount that is large but “not too outrageous.”

Adds Cramer: “People who are just socking money away in hopes that they will be able to accumulate enough money may not be planning as well as the people who know what they need to do.” 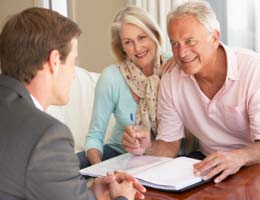 A good financial adviser can help you assess your retirement income goal and create a plan to achieve it. Along with the many clients Pamela Kiernan encounters who haven’t even attempted to calculate a number, she sees others who have such a huge figure in mind that it seems out of reach.

“They think they have to have 5 or 6 or 10 million dollars in order to retire, yet they have (only) $150,000 to $300,000. But the mere thought of making up the shortfall is so intimidating to them … that they don’t know what to do,” says Kiernan, a Certified Financial Planner with Merrill Lynch in Stamford, Conn.

According to Sampson, the accountability factor is a major benefit of working with a pro. “It’s almost like an athlete (who) has to have a trainer,” he says. 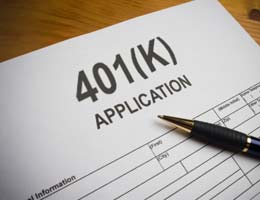 Not all employers offer to match their workers’ 401(k) contributions. But if you’re one of the lucky ones with access to this benefit, grab it. Kiernan says any employee not getting the full amount of an employer’s 401(k) match is leaving free money on the table.

“Not only that, the beauty of that money — as it is with the rest of their company retirement plan — is the tax-deferred compounding that will create the snowball effect,” Kiernan says.

The U.S. Bureau of Labor Statistics reported in May 2010 that 41 percent of workers had retirement savings plans in which their employers matched their contributions up to 6 percent of their earnings, while 10 percent had plans that were matched at a higher level. As for the rate, 53 percent of the plans matched contributions at 50 cents or less on the dollar. 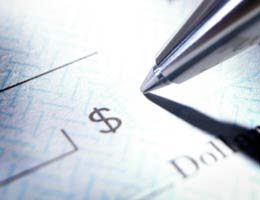 Individuals can contribute a maximum of $5,000 to traditional and Roth IRAs combined. But for those who are 50 and older, the Internal Revenue Service allows an additional catch-up contribution of $1,000.

Cut back to save more 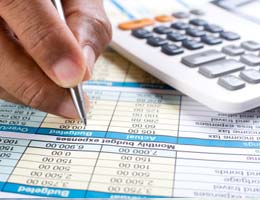 Take a hard look at your current expenses. You may need to skip that annual $10,000 family vacation for a year or two, or put off buying a new car.

“Sometimes people just have to tighten their belt and give up some short-term amenities to have long-term security,” Cramer says.

Don’t just look at the big-ticket purchases for opportunities to trim your budget. Even savings on everyday expenses can accumulate into significant additions to your retirement fund.

“Every time I take my wallet out, I’m thinking, ‘Where is my opportunity to save in this transaction?'” Kiernan says. “You can find savings for retirement multiple times a day.” 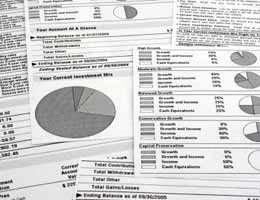 Cramer says you should divide your money among short-, medium- and long-term investments. Money that you will need to have on hand within the next one to three years should be allocated to instruments carrying the lowest risk, such as CDs or money market accounts, while funds that you won’t need for several years can go into riskier investments, such as stocks or stock funds that offer potentially higher returns.

Though lackluster stock market returns over the last decade have meant that conservative investors came out ahead, Kiernan says: “You can never invest looking in the rear-view mirror.” In fact, she warns nervous investors not to rely solely on the safety of the bond market, either.

Investors of individual bonds will get their money back if they hold the bonds to maturity (unless the borrower defaults). But be aware that investors in bond funds can lose significant amounts of principal in a rising-rate environment. 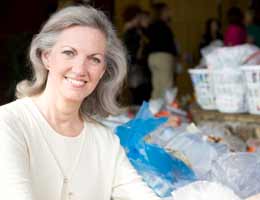 Consider starting a part-time business and putting some of your business earnings into another retirement fund to supplement your employer-sponsored plan.

Marc Henn, a Certified Financial Planner and president of Harvest Financial Advisors in West Chester, Ohio, says an IRA is the simplest choice, although your extra income may erode the tax benefits of that retirement vehicle.

Income limits apply to Roth IRA contributors as well, though they’re much higher: $122,000 for single taxpayers and $179,000 for married filing jointly. Of course, with a Roth, you forgo a tax deduction upfront but reap tax-free benefits at the time you withdraw the money.

Don’t forget about other types of retirement vehicles with tax-favorable benefits. With a Simplified Employee Pension, or SEP plan, or a Single 401(k), you can avoid the income restrictions that an IRA imposes. A SEP allows contributions of up to 25 percent of your salary, or $49,000, whichever is less. The Single 401(k) contribution limit is $49,000, with a $5,500 catch-up contribution allowed for those 50 or older.