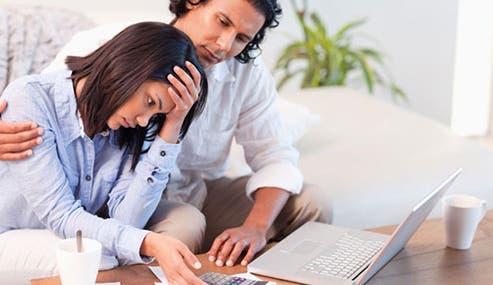 Hidden fees can slowly eat into your 401(k) returns, potentially robbing you of thousands of dollars in retirement savings. New disclosure forms are supposed to alert you to the presence of these hidden-fee time bombs.

But are the forms working? Some financial advisers are skeptical.

Robert Siegmann, chief operating officer and senior adviser at Financial Management Group in Cincinnati, says 401(k) participants are confused by the new forms and are bringing them into his office to ask for clarification.

“The clients have no idea what is being said,” he says.

A recent study by insurance industry researcher LIMRA indicates that Siegmann’s patrons are not alone in their bewilderment.

LIMRA found that 50 percent of participants in workplace retirement plans such as 401(k)s did not know how much they paid in fees and expenses after receiving the new notices. That is the same percentage who did not know the costs before they received the notices.

Certified Financial Planner professional Joshua Itzoe says he and his colleagues have heard anecdotal evidence that few 401(k) participants bother to read the disclosure forms — and that those who do read them become frustrated and give up.

“The notices weren’t really helpful because they didn’t specifically tell you how much you were paying,” says Itzoe, partner and managing director of the institutional client group at Greenspring, a wealth management and retirement plan consulting firm.

How fees eat up returns

For many years, millions of investors have been unaware of the fees hiding in their 401(k) plans. A 2011 AARP survey found that 71 percent of respondents did not realize they paid any fees to their 401(k) plan provider.

“The majority of the investors have no idea how much they are paying annually in fees,” says Laura Stover, president and CEO of Laura H. Stover Financial Group in Bryan, Ohio.

These fees include record-keeping and administrative services, which cost an average 1.33 percent of a plan’s assets each year at small plans and 0.15 percent at large plans, according to the U.S. Government Accountability Office.

Although some companies shield employees by paying a plan’s administrative and record-keeping expenses, many other companies require employees to foot the bill.

The GAO notes that participants of small plans — which have much higher record-keeping and administrative costs — are more likely to have their employer pay these expenses than participants in larger plans.

Such expenses can eat into an investor’s returns. The U.S. Department of Labor estimates that an employee with 35 years until retirement and $25,000 in his or her 401(k) would see the balance grow to $227,000 (assuming a 7 percent annual return) by retirement if expenses averaged 0.5 percent per year.

However, expenses of 1.5 percent per year would reduce the employee’s take to $163,000. In other words, just 1 percent more in expenses reduces the employee’s nest egg by 28 percent.

“High fees seem benign, but they are insidious,” Itzoe says.

Beginning late last year, millions of Americans started to receive notices breaking down the expenses they incur — including investment and administrative fees (such as costs for legal, accounting and record-keeping services) — as part of their 401(k) plan statements.

Total annual operating costs are expressed as both a percentage of overall assets and as a dollar amount per $1,000 invested.

The forms also include a participant’s investment options and provide performance measures, such as how a fund has performed when compared to a benchmark such as Standard & Poor’s 500 index.

Notices appear when an employee first signs up for a plan, and then annually.

In addition, employees must receive statements at least quarterly that detail the dollar amounts of fees and expenses deducted from their accounts. These breakdowns must include fees that are both administrative and those unique to the individual, such as the fee for taking out a 401(k) plan loan.

Despite the government’s good intentions, the new disclosure forms generally do not impress the financial advisers who spoke to Bankrate.

Siegmann says the disclosure packets read more like a prospectus and less like a clear disclosure of fees.

“It lists all of the mutual funds and the annual costs, but the way the data (are) being represented is not clear or helpful,” he says.

The fee disclosure forms are “the retirement industry’s version of Y2K,” according to Itzoe. “The anticipated impact was much more than what actually came to pass. I don’t think the forms worked as anticipated.”

Itzoe is particularly disappointed that fees are expressed as a dollar figure for every $1,000 invested. That means participants must perform various calculations to arrive at their total fees from a percentage standpoint, he says.

“That’s the best we can do for people?” he asks. “How many people actually did that work?”

Stover says the new forms are “very confusing.” She says the wording used in the statements is too complicated to be useful to employees.

“They recognize that their statement looks different, they are seeing more disclosures, but they are not digesting the impact,” she says.

Derek Tharp, a wealth manager with Mote Wealth Management in Cedar Rapids, Iowa, acknowledges the forms have shortcomings. But he still believes they have been effective in opening a dialogue about fees.

“I think investors can decipher the forms, but they still aren’t sure exactly what to do with the information,” he says.

Bankrate made repeated requests to the Department of Labor for a response to such criticisms, but the department did not provide any comments.

If you are struggling to understand your statements, Stover suggests contacting a financial adviser who can help. She strongly recommends selecting an adviser who has a fiduciary responsibility to put your interests first.

“They can help (you) choose the better funds that are available within the plan — those that are lower in cost and a little more in alignment with (your) goals,” she says.

Another way to beat high fees is to simply select funds that already have low investment fees, Itzoe says.

That may be getting easier — the average expense ratio on target-date mutual funds has fallen 13 percent since 2008, according to the Investment Company Institute, a trade group representing the mutual fund industry.

“I strongly suggest people choose funds that are the lowest cost available to them in their plan,” Itzoe says. “Most of the empirical data I’ve seen strongly suggest that fees are the most reliable predictor of future returns.”