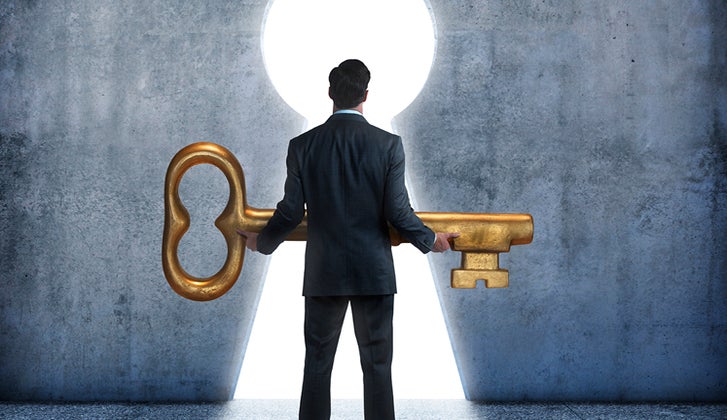 Most people near retirement may have heard of the 4% rule. It’s a guideline for turning savings from 401(k) plans, IRAs and other types of accounts into retirement income. It quantifies the amount of money that can be sustainably harvested from savings each year.

But, like many rules of thumb, it doesn’t always work. For instance, the returns of the stock market during fragile periods just before and after retiring can be make-it-or-break-it factors for this type of retirement income strategy. Plus, for retirement accounts that fall way short of $1 million in value, which most do, the 4% withdrawal rule simply doesn’t make sense.

“It’s a guideline for a specific set of circumstances,” says Luke Delorme of the 4% withdrawal rule. He’s a research fellow with the American Institute for Economic Research and wrote a paper challenging some of the widely held beliefs about investing for retirement and retirement income.

Here’s how the 4% withdrawal rule works: “If you have $1 million, you can spend $40,000 a year and historically you would not have run out of money,” Delorme says.

And there’s the rub: Most people don’t have $1 million — or anywhere near 7 figures, for that matter. Most people are lucky to have 6 figures saved for retirement.

Most have some guaranteed income, savings

A 2014 survey from Bankrate found that more than a quarter of Americans between ages 50 and 64 have no retirement savings at all.

And that includes only households that have retirement accounts — or just 49.2% of the population, according to the Fed’s 2013 Survey of Consumer Finances.

But it’s not all bad news. Though they may not be millionaires, most households will get between $30,000 and $50,000 in annual income from a combination of Social Security and pension payments, according to Delorme and the Federal Reserve. The average annual Social Security payment is about $15,500, so a married couple could easily receive more than $30,000.

The 4% withdrawal rule may not be optimal

When savers have amassed only a relatively small pile of money, taking 4% of it each year will not amount to much at all.

Tim Swanson, ?U.S. head of private bank and trust and executive vice president at Citizens Financial Group, agrees that using the 4% withdrawal rule for a small retirement account may not be an ideal approach.

“It will erode savings and impede growth over the next 10 to 20 years,” he says. Plus, there may be taxes owed on withdrawals from retirement accounts, rendering a relatively small sum of money even smaller.

Of course, $100,000 is not an insignificant sum. But the withdrawals could be done in a way that is more useful, spending-wise, and more efficient in terms of growth.

What to do instead

Most people already disregard the 4% withdrawal rule for the most part and don’t follow a structured spending plan, according to Delorme.

In his paper, Delorme recommends taking an assertive and decisive strategy: Retirees with modest savings should slice out a chunk of cash for short-term spending. They should take out enough to finance vacations over the next 5 years, for instance. The remainder would be invested for another 10 to 20 years.

That way, “you don’t need to put it in such conservative investments that people typically suggest for retirees. That may not be right for everybody, but it is a utility-maximizing option,” Delorme says.

The ideal retirement scenario would have the financial planning done long before retirement. That way, investors can choose the appropriate investments for their spending buckets, long term versus short term, in an optimal way.

“One of the more popular investment vehicles are target-date funds. The investments in the fund get more conservative as you approach the target retirement age,” says Delorme. “When you get there, (the portfolio allocation) will be roughly 40% stock and 60% safer investments, like bonds.”

Instead of picking a target-date fund pointing to the date of retirement, investors could be better served by choosing a fund targeting 10 or 20 years after their planned retirement date and leaving the long-term funds invested, he says.

That way, retirees are invested aggressively for the long term and their savings have a chance to grow as much as possible.

The appropriate degree of aggressiveness is mostly subjective. One retired person may have no qualms about holding mostly stock indexes despite the high risk of wild volatility, while another retiree could view a 40% allocation to stocks with suspicion. Your mileage may vary.

The 4% rule is good for something

The 4% withdrawal rule isn’t totally useless; in fact, it’s very good as a way of understanding how much you need to save for retirement in order for the rule to be applicable.

For instance, someone who would like to spend $80,000 per year in retirement would need $2 million saved if you don’t take Social Security into account.

Using the guideline to set an ambitious savings goal may be the best use of the 4% rule for most people. Save as much as possible throughout your career, packing the maximum into your workplace retirement plans and IRAs. Then figure out a retirement income strategy later.