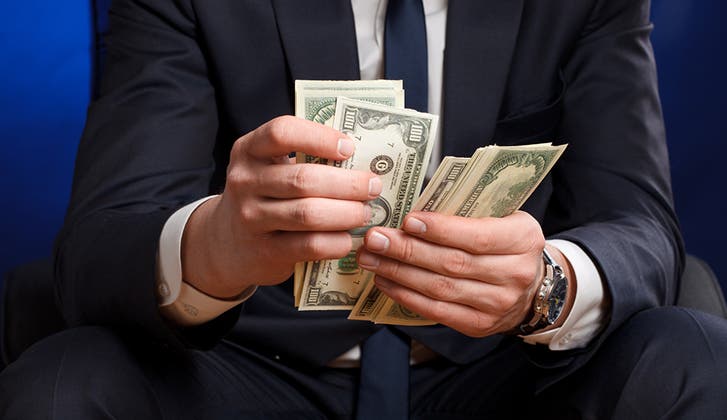 Looking for cash to stay afloat? You’re not alone. There are those who have a need for money and will turn to some unusual places to get it.

Selling annuities, structured settlements, scheduled lottery payoffs or other ongoing payments for cash became more popular during the recession. But if you’re still feeling the cash crunch, this tactic is a potential option.

Unless the financial predicaments are dire, most financial advisers recommend against cashing in annuities or structured settlements. Selling off an annuity can trigger surrender charges as high as 10 percent, and those who sell before age 59 1/2 can also face federal taxes and penalties. Structured settlements are attractive because they generally provide tax-free income for life.

Yet, sometimes cashing in is the only option. That $500 monthly payment from an old accident may have helped with medical bills early on, but if the beneficiary lost his job and fell behind on some bills or had to make significant costly repairs to his home, a lump-sum payout of $50,000 may seem quite enticing.

Downsides of cashing in your settlement

Americans have a great deal of money tied up in structured settlements and annuities, with a little less than $6 billion worth of new structured settlements written each year, according to the National Structured Settlements Trade Association. At the end of 2013, there were also 34.8 million individual deferred annuity contracts in place exceeding $2.58 trillion, according to LIMRA Secure Retirement Institute, a nonprofit research trade association for the financial services industry.

J.G. Wentworth is one of the world’s largest buyers of structured-settlement payments and annuities. It handled more than $2 billion in payment transfers between 1994 and 2009.

In 2009, then-chief marketing officer Ken Murray said that the company had seen a steady increase in customer inquiries following the economic downturn. Despite what was happening in the economy, there were always people looking to sell annuities, structured settlements and lottery winnings, Murray said. Due to the nature of the business, buyers of payments usually see customers when they are in some sort of financial predicament.

“Historically, the common denominator is people who need cash, but there are some new reasons we are hearing more frequently than others as a result of the recession. It might be the fact that they lost their job or their mortgage payments have increased,” said Murray.

The company declined to provide an update on whether inquiries were on an upswing.

Some television commercials and advertisements may seem to imply that getting a quick cash payout on a structured settlement or annuity is just a phone call away. Rather, it’s a court-controlled process that comes at the discretion of a judge. A phone call to an advertised 800 number is only the beginning of a lengthy process, and a regulatory framework mandates that every single transaction go before a judge, who must decide whether the transaction can move forward.

The payee, the structured settlement holder, must prove that they have a legitimate need for the money and calculate the payout amount that they are requesting. While regulations for annuities and lottery winnings can differ, the payee can’t turn a structured settlement into cash simply because he wants a new car, a nice vacation or an RV to tour the country. In order to keep unscrupulous companies at bay, most state laws also require that the transfer of the settlement rights be in the best interest of the payee.

When a structured settlement holder calls, an agent and team will review the settlement, circumstances and reasons the applicant needs the cash. If they decide to move forward, they offer the payee an upfront sum to surrender the stream of payments, along with a discount rate.

This discount rate, which is typically between 6 percent and 29 percent, is comparable to the interest you would pay on a loan, says Grover Christopher Collins, managing partner at the Collins Law Firm in Nashville, Tennessee. As such, the lower the discount rate, the better the deal.

“You can negotiate,” Collins says. “It’s not a take-it-or-leave-it proposition; and you can also shop around.”

Once you do accept an offer, however, the company will file a petition for transfer of the structured settlement in court in the state the company is in.

“The judge is the final arbitrator of whether it gets approved or not,” Collins says. Rulings are made based on, among other things, what the person needs the money for, what the discount rate is and the structured settlement company’s reputation.

Exact processes will vary depending on jurisdiction, but from the time a payee calls to the time they receive money can be as little as 62 days or as long as 90 days, Collins says.

David Lewis, senior vice president and general counsel with Stone Street Capital LLC, says few people sell their entire transactions at once. Payees usually sell a portion of their payments, just enough to meet their financial needs, and offers from companies are detailed in disclosure statements with discount rates and all the information they need to make an informed decision. Lewis says other factors that go into determining the payment amount include: in which state the payee resides, the payments they want to sell and the size of the payments.

“It gets pretty complex and, regrettably, has become more complex recently. The amount is a function of many factors, and these factors are more sensitive today than they might have been (in 2008),” says Lewis.

Lewis specifically points to insurance companies that have seen their credit ratings downgraded. The cost of funds and capital has also gone up, and developments throughout the credit markets can have big implications in the structured settlement industry. Right after the 2008 banking crisis, fear spread about the vulnerability of cash and assets kept in certain institutions. Despite the fear and bad press, many people weren’t looking to cash in their payments in a panic that they wouldn’t be there, Lewis says. A judge also would be unlikely to accept that fear as a reason for selling payments anyway.

“If someone called for that reason, we wouldn’t do business with them and would just tell them not to be worried. We would be buying that annuity anyway, so if we thought it wasn’t going to be good, we wouldn’t be buying it in the first place,” says Lewis.