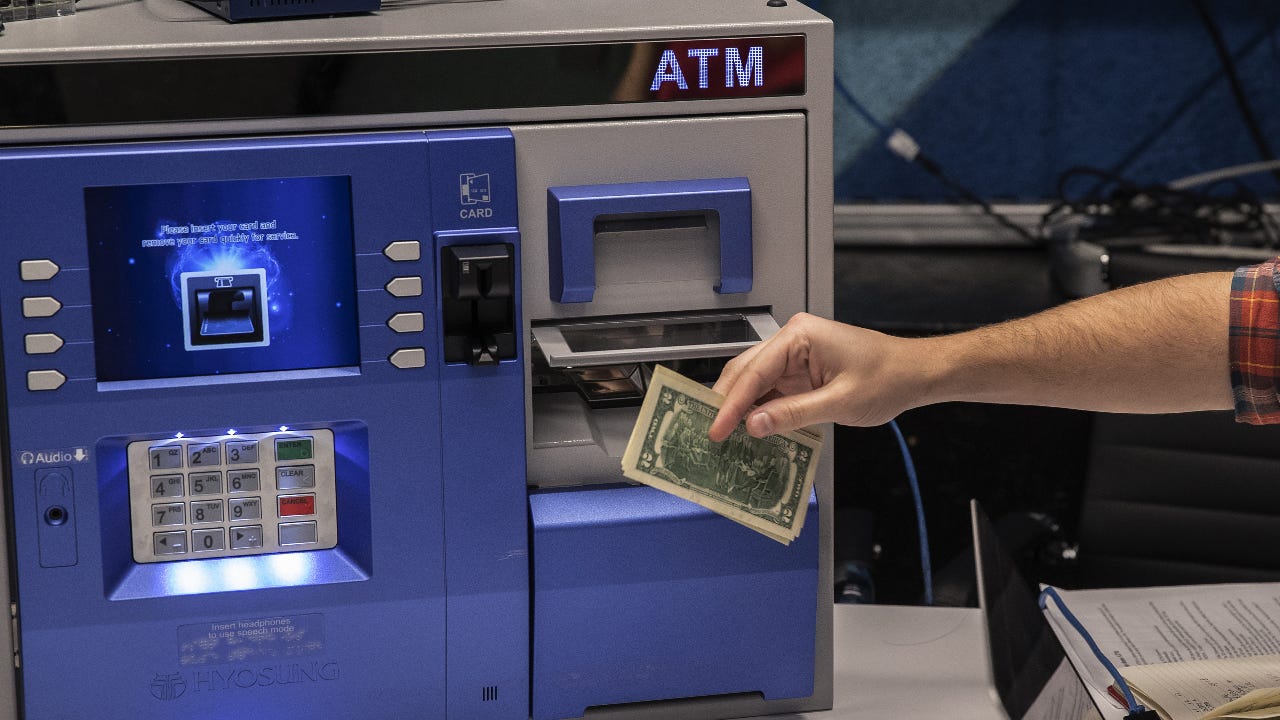 In the age of the coronavirus, overdraft fees are an even touchier subject than usual.

As stimulus checks land in Americans’ accounts, the country’s biggest banks are promising not to use government payments to cover balances for customers who’ve overdrawn their checking accounts.

Banks rake in roughly $17 billion annually from overdraft fees and insufficient funds fees, according to 2017 data from the Consumer Financial Protection Bureau (CFPB). Though progress has been made in making fees less costly, they remain burdensome for many bank customers, especially frequent overdrafters who can least afford to pay the charges.

“Overdraft fees are still a tremendous problem,” says Rebecca Borné, senior policy counsel at the Center for Responsible Lending. “Any sort of baby steps we see toward more friendly policies are just dwarfed by the, I think, abusive and predatory practices that really pervade the market.”

Overdraft protection is an option for consumers who want their debit card and ATM transactions to go through when there isn’t enough money in their checking account to cover the purchase or cash withdrawal. When a customer enrolls in an overdraft protection program, their bank will approve a transaction when there aren’t sufficient funds to complete it. This is usually done for a set fee, which is most often around $35.

There are also fees for overdrafts on checks and ACH transactions (electronic payments and money transfers), though you won’t have to opt in to get charged. Banks can also reject transactions when there aren’t enough funds in an account and still charge an insufficient funds fee.

Data has also shown that consumers who sign-up for overdraft protection programs end up spending more money on fees than those who don’t. The most recent data from the CFPB notes that the most frequent overdrafters — those whose accounts have more than 10 overdrafts and cases of non-sufficient funds in a year — pay almost $450 more in fees than their counterparts who opt out. What’s more, while just 9 percent of account holders fell into the category of being the most frequent overdrafters, they paid nearly 80 percent of all overdraft fees.

Since a 2010 rule went into effect, consumers have had to opt in to overdraft protection programs and consent to having banks charge them for participating. But consumer advocates say this isn’t enough, arguing that consumers all too often sign up for programs without fully understanding what they’re getting themselves into or knowing how much overdraft protection could cost.

In 2017, the CFPB tried to fix the issue of blindly signing up for programs by proposing new models for bank forms disclosing details about overdraft protection. Critics said such changes to disclosures weren’t necessary in the first place. Consumer advocates weren’t satisfied either, suggesting that more was needed to solve the overdraft fee problem.

In the end, the proposal didn’t go anywhere. Plans last year to overhaul the infamous 2010 overdraft rule and potentially repeal it appear to have reached a dead end, too.

Efforts have been made on all sides to solve the overdraft fee problem. Politicians have tried and failed to ban overdraft fees altogether. Challenger banks have appeared touting zero-overdraft fee policies. Apps, like Dave, help consumers avoid overdraft charges by giving them early access to their paychecks.

Traditional banks have also done their part to make overdraft fees less of an issue through the launch of different programs and products.

David Rothstein, a principal at the Cities for Financial Empowerment Fund, says Wells Fargo, for example, has evolved over time in its approach to providing solutions for consumers who tend to overdraw their accounts. The nation’s fourth-largest bank went from offering a prepaid debit card to more recently offering Overdraft Rewind, a feature that automatically waives overdraft and insufficient funds fees if a direct deposit arrives by 9 a.m. and is big enough to cover a negative balance from the previous day. And in March, Wells Fargo announced it would soon offer two new accounts, a checkless account that won’t charge overdraft or insufficient funds fees and a second option that limits overdraft and insufficient funds fees to one charge per month.

Currently, there are more than 40 accounts that meet the standards for a national initiative called Bank On, Rothstein says. These accounts — offered by institutions like Citi, Citizens Bank and Bank of America — charge a flat monthly fee, but no overdraft fees. They’re options for unbanked and underbanked consumers who’ve had problems maintaining a bank account or getting access to one in the past.

Borné from the Center for Responsible Lending questions whether the products that meet the Bank On account standards will be promoted as much as the banks’ set of regular checking accounts that have overdraft fees. She’s also a proponent of banks returning to the days of offering a low-cost line of credit, a business model that charges an inexpensive, upfront monthly fee instead.

Others say there’s nothing wrong with the way banks charge overdraft fees. Lynn David, a community banking consultant, insists that the overdraft fee institutions charge is reasonable since they’re ultimately providing a service by covering transactions when there aren’t enough funds available in an account.

It’s a complex issue that’s yet to be resolved. And it’s one that’s inextricably linked to other concerns, like the need for affordable small-dollar loan alternatives at a time when Americans are still faced with triple-digit interest rate payday loans.

“Research has found that one-third of overdrafters use it intentionally as a way to borrow money. And this shows that too many people are using overdraft as credit,” says Nick Bourke, project director of consumer finance at the Pew Charitable Trusts. “Unfortunately, the banks and the credit unions and the regulators that oversee them have not done enough to solve that problem.”

How consumers can limit overdrafts

Even in the absence of additional policy reform, Americans who often overdraw their checking accounts have options.

Checkless checking accounts, online and mobile accounts through banks like Current and others that prevent overdrafts — such as the ones associated with the Bank On program — could be worth considering. Preventing overdrafts by linking your checking account to a savings account or line of credit may also be possible for a small fee that’s often less than what you’d be charged for an overdraft.

Take advantage of personal finance tools and apps that can help you keep track of your spending. And sign up for account alerts that warn you when your bank account balance is too low.

Opting out of overdraft protection is also possible at any time if you’re spending too much money on fees, something many consumers don’t realize. More than anything, it’s important for bank customers to read the fine print and understand their own account terms and conditions.

“It may be a step forward, that banks are offering more products that simply eliminate the possibility of most overdraft fees,” Bourke says. “But there still remains a much broader problem that consumers don’t understand their core legal right to avoid overdraft fees in the first place.”