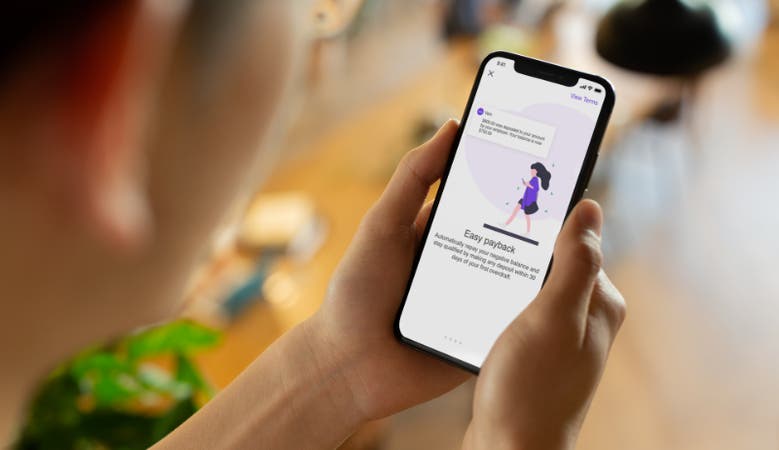 At the time, Varo was among the crop of companies that believed the feature wasn’t right for cash-strapped customers. Overdraft coverage, after all, is a controversial trade-off: The bank lets you spend more than what’s in your account, but you pay a toll. An average of $33.23 per incident — even when it involves an itty-bitty purchase. Banks reap billions of dollars on the fee each year.

Then, the challenger bank received customer feedback. Lots of it.

“We had thousands of customers saying, ‘just provide us with some flexibility and some way that we can sort of bridge until the next paycheck arrives and it doesn’t have to be a lot,’” says Colin Walsh, CEO and co-founder of Varo, which currently partners with The Bancorp Bank.

So in late August, the challenger bank adjusted by letting some customers choose to overdraw their account by up to $50 — for free. Varo automatically takes the money back when customers add more funds into their account. The update represents a small but growing amount of next-gen bank accounts that are putting a twist on overdraft coverage.

Chime recently followed Varo’s move. The popular no overdraft fee account from the challenger bank now lets some customers overdraw their account up to $100.  In June, Dave Banking launched a checking account that lets customers get a small interest-free advance before payday. These efforts build on top of other overdraft alternatives, from Brigit and OportunPath, and a number of digital bank accounts, as well as others that let customers get their payday up to two days early — Varo and Chime included. Some charge membership fees or ask for optional tips. Others charge nothing.

“It’s the beginning of an unpacking of what really is happening when people overdraft and the emergence of a bunch of different options,” says Corey Stone, an entrepreneur in residence at Financial Health Network and a former assistant director at the Consumer Financial Protection Bureau (CFPB).

Millions of Americans of all ages struggle with managing the comings and goings of their digital money at a time when debit transactions continue to surge and real-time payments have yet to become mainstream.

Timing is partly to blame for the mess. While the traditional paycheck tends to arrive twice a month, the bills can arrive daily —  ever-more of them happening automatically. Moreover, payments can take longer to settle than expected, making managing money trickier even when looking at an account balance on a bank’s mobile app. Coming up short at the end of the month only gets messier if you’re a freelancer or do side work in the gig economy and don’t know for sure when your next paycheck is hitting.

As Walsh sees it, the new Varo feature can help provide some extra stretch to buy gas or dinner until the next deposit. “There is just that small gap between when the next paycheck is coming in and [when] you have to live your life and pay your bills and do the things you have to do,” he says.

For the startups bringing back the coverage, it’s yet another reason why someone might go through the hassle of making it their primary account. At Varo, the fee-free overdraft feature only works for individuals who have direct deposit of at least $1,000 and make five purchases on the debit card each month, for example (and yes, the startup makes money on debit swipes).

While it’s early days, Walsh already expects the feature to be a hit. “I think it’s just going to be another reason for customers to use Varo as their main bank account,” he says.

What sounds like a subtle rollout represents something big: challenger banks are attempting to destroy a traditional banking business model to benefit consumers. Banks, which can and do offer checking accounts for free, continue to make a killing on overdraft fees in spite of reform efforts.

Banks with more than $1 billion in assets made more than $11.45 billion in overdraft and non-sufficient funds in 2017, according to the Center for Responsible Lending’s analysis of Federal Deposit Insurance Corporation data.

The practice has long been a polarizing issue because of the price and who it affects.

“Money is moving out of the pockets of those who have the least to drive up the revenue lines for depositories,” says Rebecca Borne, senior policy counsel at the Center for Responsible Lending.

A small portion of people pay the majority of the fees. According to a 2017 CFPB analysis of millions of checking accounts at several big banks, 9 percent of consumers who frequently overdraft —  meaning they tried to overdraft 10 times or more in a year  —  incurred a whopping 79 percent of overdraft fees.

For the consumers who get charged for an occasional oopsie, it’s a source of embarrassment and annoyance.

Since 2010, policymakers have required banks to get customers’ consent before letting them overdraw their accounts on a debit card or ATM. This year, the CFPB opened a review of the rule.

Traditional banks have made many improvements lately on this front.

Most recently, several banks have started sending customers notifications when their system believes they are in danger of overdrawing their accounts. And large banks are increasingly offering accounts that are set up so that customers won’t overdraw their accounts. For example, Bank of America offers Advantage SafeBalance Banking, while JPMorgan Chase introduced a no overdraft fee checking account this year.

Whether banks will really work to market products that undermines an existing revenue source remains a hot debate. Consumer advocates argue no and want more solutions for consumers.

While there is no cure-all for people living on a low balance, there are a number of key factors that could improve the issue. Some observers believe real-time payments will resolve the overdraft issue. Others believe better regulations of overdraft fees are required. Still others believe more banks need to start charging a modest upfront fee for their checking accounts, rather than rely on overdraft revenue from their “free product.” If not a mix of all three.

In the meantime, expect the emergence of more experiments and alternative options from fintech upstarts and others in their ongoing fight against a fee they want abolished.

Fundraise to recoup money you paid in overdraft fees

Consider Current, a challenger bank that launched a splashy overdraft campaign in June: There, on GoFundMyOverdraft,  the startup invites consumers to recoup the overdraft fees they’ve paid big banks by filling out a form that helps them fundraise for the cost of one or more overdraft fees with their friends and family.

Of course, the effort is meant to draw buzz to a digital checking account that doesn’t permit overdrafting. But it’s also meant as a damning critique of a common practice that hurts millions of Americans who are living paycheck to paycheck.

“It’s pointing out how really absurd these overdraft fees are,” says Adam Hadi, vice president of marketing at Current. “There’s not a world in which paying a $35 per overdraft fee is fair or just and we really wanted to highlight that.”