Mary Wisniewski @MaryMWisniewski
May 20, 2019  in  Banking 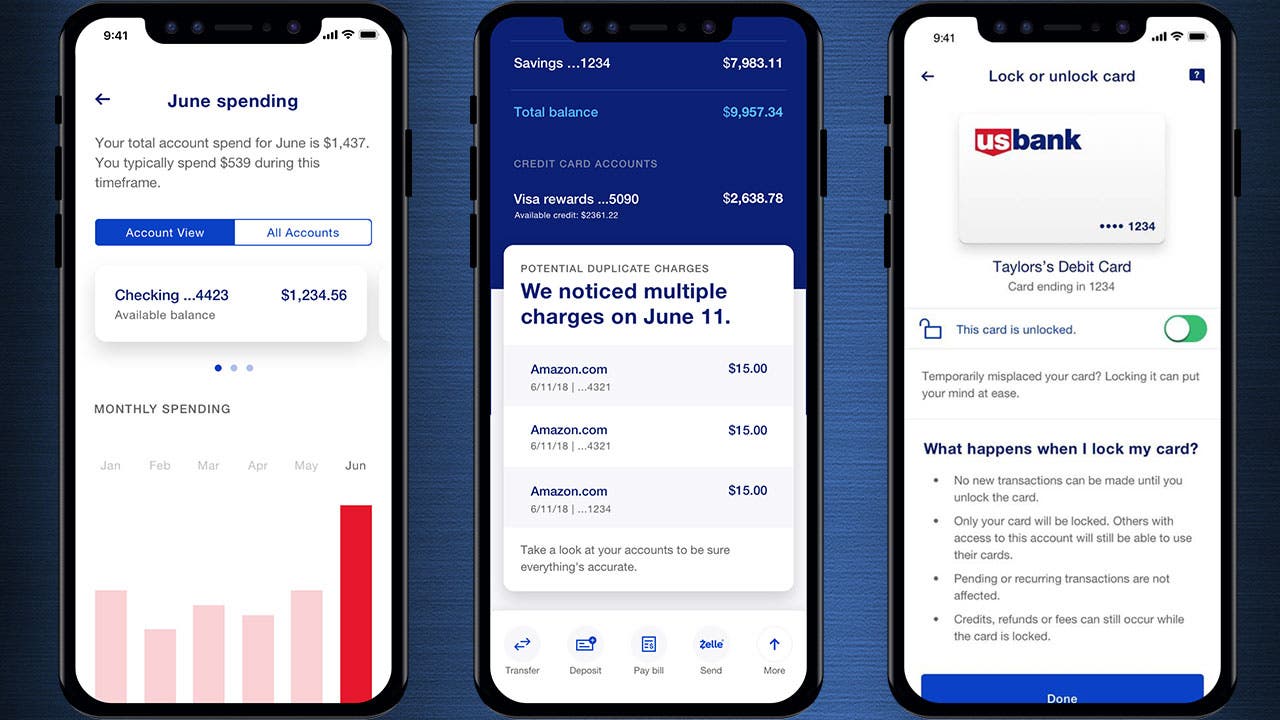 If a mobile banking app makes you think of depositing checks and discovering your balance quickly, you’re in good company. These are classic tasks.

Yet, it’s a bit like thinking about a smartphone for its ability to make calls — useful, sure. But there’s tons more to do than the basics, and these new and planned features can actually save you time and money.

You may not know it yet, but a growing number of banks are upgrading their mobile apps to act like a personal financial assistant in your pocket or purse in all sorts of small ways — including by helping you sidestep the bank’s money maker: the overdraft fee. If these banks have their way, their mobile apps will become central to customers’ lives at a time when most of us need the day-to-day help.

“Your bank should be doing a lot more to help with your financial health,” says Zachary Smith, head of product at Chime, a digital banking provider.

As an industry, there’s a lot of work ahead. Not only do traditional banks make money off of fees,  they struggle with their digital strategies, including the way you sign up for an account. But a number of bank apps are getting updated to help you make smart money moves at a time when financial institutions are worried about keeping us as customers as new threats mount.

Ever-more of us prefer to bank online and our options for where to park our money are multiplying at firms known for shaking up the mobile banking experience. Moreover, we are asking for such features. According to a recent J.D. Power study, 58 percent of customers said they want the ability to receive advice and guidance from their bank’s mobile app or website.

Here’s what you need to know about what you can get from a mobile bank app today, and what to expect next.

Helping with your spending and savings patterns

One in three Americans said they wing their finances, according to a recent U.S. Bank survey. That’s problematic: About half of Americans don’t have enough money in their savings account to cover a $400 unexpected emergency.

Banks know we’re in a precarious setup — institutions regularly ask for our feedback and they see our transaction data. They know where we spend our money, how much we make, what kind of bills we have and much more. They also know that they have an opportunity to supply us suggestions about what to do through their mobile apps.

Consider U.S. Bank’s recently overhauled mobile app. The Minneapolis bank’s app now sends customers warnings and suggestions about their money. Not only will the bank app flag customers who are in danger of overdrafting their account before it happens, it will suggest when they can afford to put, say, $50 into a savings account. It will also notify them when their recurring payments have changed and if a merchant charges them twice for a single item and much more.

“Customers really expect financial services firms to leverage what we know about them and anticipate their needs — so it helps them better manage their finances moving forward,” says Ankit Bhatt, senior vice president of omnichannel experience at U.S. Bank.

The app, which started rolling out in late March, is currently only available on the iOS operating system, but the bank said it will launch an Android app this summer.

The rollout highlights a rising trend in recent months. Huntington Bank launched digital banking features that predict what a customer can afford to spend, when a merchant mistakenly double charges your card and more. Bank of America’s virtual assistant, Erica, now flags customers when a recurring charge or membership fee increases. MX and Personetics — bank tech vendors — have teamed up to sell banks and credit unions across the country the means to spit out more digital financial advice.

When banks don’t operate branches, they can pass on the operational savings to you — by eliminating a lot of fees that big banks typically charge.

Chime, a popular neobank that partners with The Bancorp Bank to hold your deposits, is such an example—the digital bank account doesn’t charge customers monthly fees or overdraft fees.

It’s found a large market among younger adults. Since its 2014 launch, Chime has opened about 3.5 million accounts and it continues to add hundreds of thousands of accounts per month.

Beyond eliminating many typical bank fees, the Chime app comes with several features designed to improve your financial health. One intriguing feature lets customers get their paycheck two days earlier. “That’s a big deal because three-quarters of Americans live paycheck to paycheck and money runs tight a couple of days before payday,” Smith says.

It’s a rare feature but there are others offering it, too. Varo Money is another digital-only account that lets customers access their paycheck early.

Shows you where you’ve shared your bank data

Or, use a mobile bank app. Last year, Wells Fargo launched Control Tower, a hub located inside of your digital banking account. In it, you can keep track of your recurring payments to subscriptions, like the corner gym or meal kits, as well as some third-party apps. The longer-term vision is to let customers control which devices, apps and companies have access to their account information through Control Tower.

What sounds simple is a big deal. Control Tower represents part of a huge trend invading digital banking: the ability to control your financial data on third-party apps through a bank app.

Most of us lack emergency savings. To address this problem, mobile apps that move small amounts of money from our checking into our savings have been around for a while. Think Digit and Acorns.

Now, a few banks are offering similar functionality — via a standalone app or via an option within a main banking app. For example, Fifth Third Bank acquired a fintech company so that it could relaunch an automated savings app this year. The Cincinnati bank’s free standalone app, Dobot, works for anybody with a checking account and is designed to get you in the habit of savings. Meanwhile, USAA, Chime and JPMorgan Chase offer customers automated savings capabilities in their main apps.

Curious how you’re doing on your personal finances? Your bank app could help you.

Some financial institutions, like KeyBank and USAA, spit out a score on customers’ overall financial health. This number is separate from a credit score and it is designed to help you measure and monitor how you’re doing across all of your finances, and potentially, motivate you to make progress.

As banks continue to launch more features, you may not know where to find what you want — regardless of how intuitive the app is. So increasingly, banks are adding their equivalent of a Google search inside of their apps.

BBVA Compass, for instance, lets mobile banking customers search for things via a bar within its app that asks “What you would like to do.” You can ask the navigation tool via your voice or a typed query, things like how to shut down a debit card or update your address. When you do, the app will take you to screen to complete your wish.

With customers, the tool has been a hit. “We’ve seen the number of comments from customers saying that they can’t do this or that basically down to zero,” says Alex Carriles, executive director of online and mobile banking and digital accounts at BBVA Compass.

U.S. Bank also improved the way it helps customers answer their questions on its new mobile app. Now, the app can guide the user step by step in the context of what they want to do. “Not only are we helping you in the context of what you’re looking for but we’re also, at the same time, educating the customer,” Bhatt says.

What’s next in mobile banking?

Expect your mobile banking app to only get better at helping you handle your money as partnerships with fintech companies are made and mobile releases continue to regularly drop.

Carriles envisions a day where you schedule your cable bill payment for tomorrow, but the bank’s technology detects that your payment would bounce. So, it sends you an alert to ask if you would like to schedule the payment for Monday instead — after your paycheck hits.

“That way the bank really feels like it’s now on my court,” Carriles says. “It’s really helping me out.”