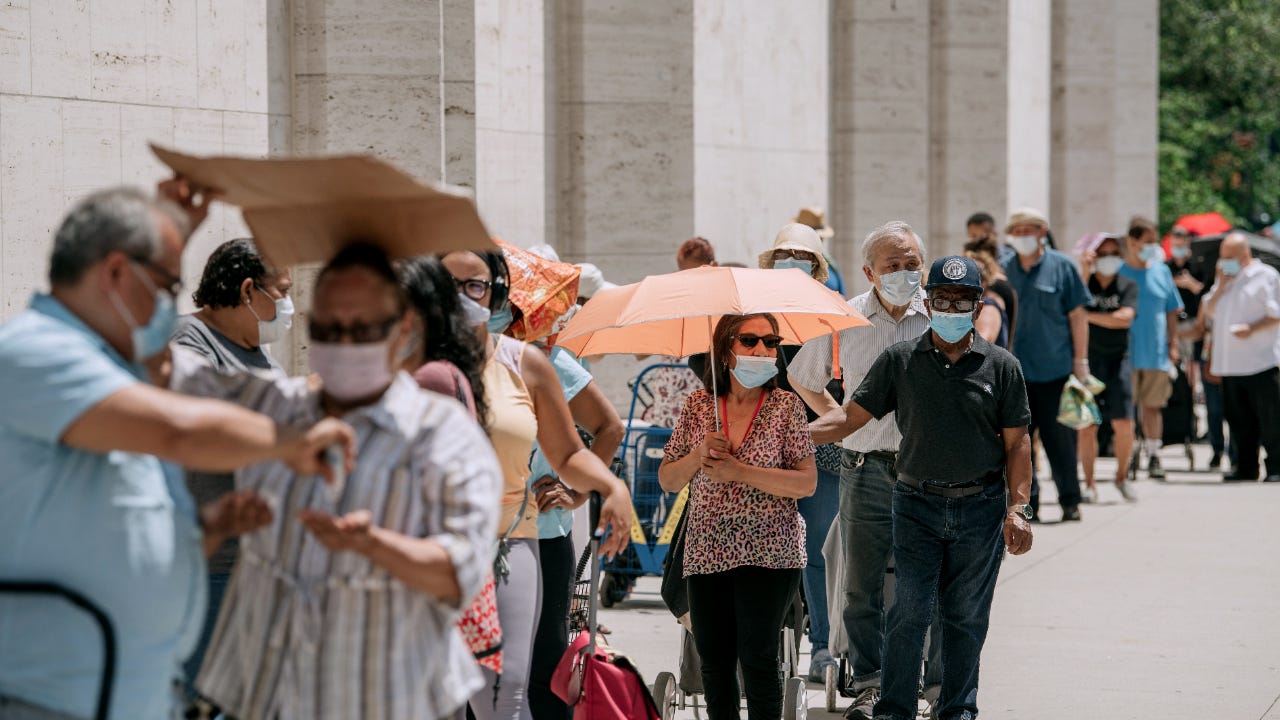 Americans whose income has declined due to the COVID-19 pandemic are feeling the brunt of higher bank fees, too. Those with checking accounts at banks or credit unions are paying more than four times as much as those who haven’t been hit financially, according to a new Bankrate survey.

Those hit financially by the pandemic saw average monthly charges for their checking account of $11.41, including service charges, ATM fees and overdraft expenses. That compares to just $2.79 on average for those whose income has not been affected by the crisis.

For the survey overall, the monthly average for checking account fees was $7.65. Minorities and millennials too were among the groups paying more than the average.

“Those whose personal finances have been adversely affected by the pandemic have been hit with a double whammy of higher banking fees,” says Mark Hamrick, Bankrate senior economic analyst. “Unemployment or loss of income can be devastating, but one should try to avoid adding financial insult to injury by paying too much in banking fees when so many less expensive options abound.”

Bankrate surveyed 2,743 American adults about their bank, account fees and use of their bank’s mobile apps. Below are the main findings from the survey.

Bank fees differ significantly if your income was hit

Bankrate’s survey shows that those who have seen their income decline due to the pandemic also tend to pay higher bank fees. In fact, on average they’re paying more than four times as much ($11.41) as those whose income remained unaffected by the pandemic ($2.79).

Age was also related to how much a person paid for their bank account, with younger customers paying significantly more than older ones. Overall, millennials paid the most for their account, on average $15.32 each month, with Generation Z not far behind.

Among all checking account holders, the monthly average charge totaled this amount for each age group:

Racial background also played into the results, with Black and Hispanic customers reporting fewer no-fee accounts and higher fees than the overall average. While white checking account holders paid $5.37 per month in fees, Blacks and Hispanics paid more than double, at $12.07 and $13.96, respectively.

Both Blacks and Hispanics have suffered higher rates of unemployment and lost income during the current economic downturn.

Fees varied significantly by geography as well. Compared to the average $7.65 paid by checking account holders overall, here’s what the four major regions of the U.S. paid:

While the latest survey showed most Americans taking advantage of fee-free checking, a recent Bankrate survey showed the average monthly fee for interest checking and the balance requirement to avoid paying a fee hit new record highs of $15.50 and $7,550, respectively.

With the decreased ability to go to the bank and risks associated with that, many of the survey respondents shifted their banking activities to mobile apps and other methods that might reduce risks. The survey found that almost 64 percent of Americans with checking accounts at banks or credit unions report adjusting their payment practices as a direct result of the pandemic.

The survey asked participants which of the following they had done more frequently, and here were the overall responses:

Younger participants were generally more likely to have increased their banking activities via mobile than older generations. However, when it came to paying more bills online, all groups reported significant increases in their activity, ranging from 43 percent to 48 percent.

“Many consumers are playing it smart by, in effect, engaging in social distancing with their banking and payments technologies,” says Hamrick, who points out that consumers have mobile options that can help them manage their account effectively.

“Once we’ve emerged from the pandemic and the economic downturn, it will still be wise to take advantage of newer mobile banking technologies not only to save time, but to help stay on top of account balances and fees as well as the potential for potentially costly overdrafts and fraud,” Hamrick added.

Checking customers can be some of the most attractive customers for a financial institution, because they tend to stick around for years, and the Bankrate survey revealed how long typical customers are sticking with their bank.

In fact, the average account holder has done business with the same bank or credit union for about 14 years. For those who have been hit with lost income from the pandemic, the average is a bit more than 12 years.

This year’s average was in line with the average of 14.3 years in 2020, though it’s a significant dip from 2017, when the typical checking customer had been with their bank for about 16 years.

To help consumers find the best options, Bankrate has released its annual Best Banks lists for 2021. The winners are:

Bankrate also asked readers for their picks, through a SurveyMonkey using the same banks and categories. Those winners are:

This study was conducted for Bankrate via online interview by YouGov Plc. Interviews were conducted from Dec. 2-4, 2020 among a sample of 2,743 adults, including 2,339 who held checking accounts. Data are weighted and are intended to be representative of all U.S. adults, and therefore are subject to statistical errors typically associated with sample-based information.