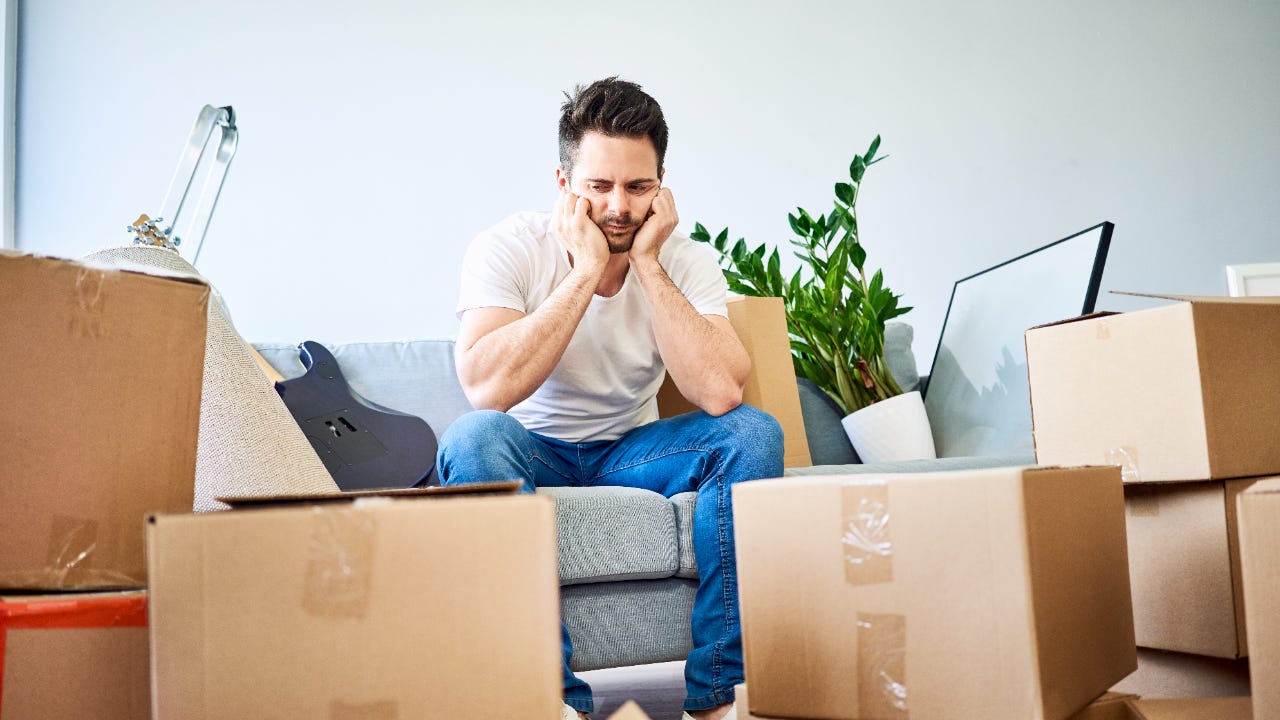 We’ve previously written about homebuyer regrets, and in this week’s Q&A, we’re offering up more advice for what new homeowners can do if they’re having second thoughts about their purchase. Matt Woods, co-founder and CEO of SOLD.com spoke to Bankrate on the topic. His responses have been edited for length and clarity.

What can buyers do if they’re regretting their home purchase?

It’s interesting how there’s been such a frenzy over the last year, especially during the pandemic, to make big life decisions. A lot of people did go out and make a move in the last 12 months that not everyone is super thrilled about.

We have been in an unprecedented pace of home appreciation. People can unwind their decision if they have such remorse that they want out. Even after paying fees associated with selling your home, most people are going to come out substantially ahead. If there’s an upside to this, it’s that this is a great time to have made a mistake. You’ll be taking away probably 10 to 20 percent profit.

The other thing that’s kind of gaining traction in our networks is the interest in iBuyers or cash buyers is really taking off. People are starting to be aware of the product, that they can sell their home for no stress, almost the Carmax approach. That’s the other thing I might throw in. Historically, selling your home has been a pain, and there are a lot of companies and models that have come in in the last few years to ameliorate that pain. They’re paying up to keep up with the seller’s market and you can be out of your house in a couple of weeks.

How did homebuying change during the pandemic?

What really changed is, for one, consumers are realizing they have much more in their arsenal as far as tools than they realized they had before. The majority of homebuyers are finding homes themselves now. It used to be this black box, this MLS where you had to hire an agent. Now, homebuyers are doing their own homework, they’re on Zillow, they’re on Redfin, they’re on the portals, looking around to see what they like.

Sight unseen is going to continue, mostly because of how aggressive the market has been. It’s interesting to me that these pandemic processes are continuing so far post-pandemic just because of how insane the market is right now. I think people are a lot more comfortable doing things digitally than they have before. The idea of buying a home without physically visiting it is not as insane as it once was.

How did SOLD.com evolve in all this?

We represent all of the models. We are a 100 percent unbiased and agnostic, frankly, to all of the models. We simply are in education mode in terms of what is available to buyers and sellers in their market, what the pros and cons are and matchmaking or making appointments with the partners that we have in our network. We have had to be in the middle of facilitating the reality of what consumers are dealing with in terms of what is available for properties.

The process is fully automatable, but the pandemic has emphasized how important it is to have a human in the middle to hear you, understand you, relate to you and relay your needs to the providers. We’ve gotten good at pivoting really quickly once we’ve learned what’s important to our customers. Our effectiveness is far better than it was going into the pandemic because we had to get more creative and care more about what our customers want.

The other interesting thing is as far as agents go it is a super hot time, a super hot market, so there has been more interest in the alternative models. A lot of home sellers know they’re going to get multiple offers, so it’s made people more aware of the fees associated with selling your home traditionally and it makes them more willing to ask about going down alternative paths.

What are you anticipating will be the short- and medium-term outlook for the housing market?

People say “you run SOLD.com, it must be a great time to be in real estate,” and it is, but it also is not in the sense that, the reason why things are so quote-unquote hot is that there’s an inventory crisis, and that is what’s driving up prices. People are not moving who would like to move because the market is so out of whack. I can’t wait for this to be over and things to go back to normal.

If I put my house on the market there’s no telling if I’d be able to find a new place to go, it’s so insane right now. The best thing for everybody in the game is for things to go back to  a normal balance. It’s so imbalanced that people are squatting and staying on the sidelines. They wind up pulling their homes off the market not because it’s hard to sell, but because they can’t find somewhere to go.

It feels fun when you’re a homeowner and you watch your home value go up 25 percent in a year, but it’s not healthy for the market, for the next generation. I look forward to these next few years when things start to mellow out. I think that will free up inventory as people start to move.

It is important for people to know it’s very different than it was the last time people bought or sold their house. I don’t know that consumers fully understand yet: people used to sell their home every four years in this country and now we’re at every 10 years. If you think about the landscape 10 years ago, it’s unrecognizable to what it is today. It’s really thrilling that the game is offering new alternatives.