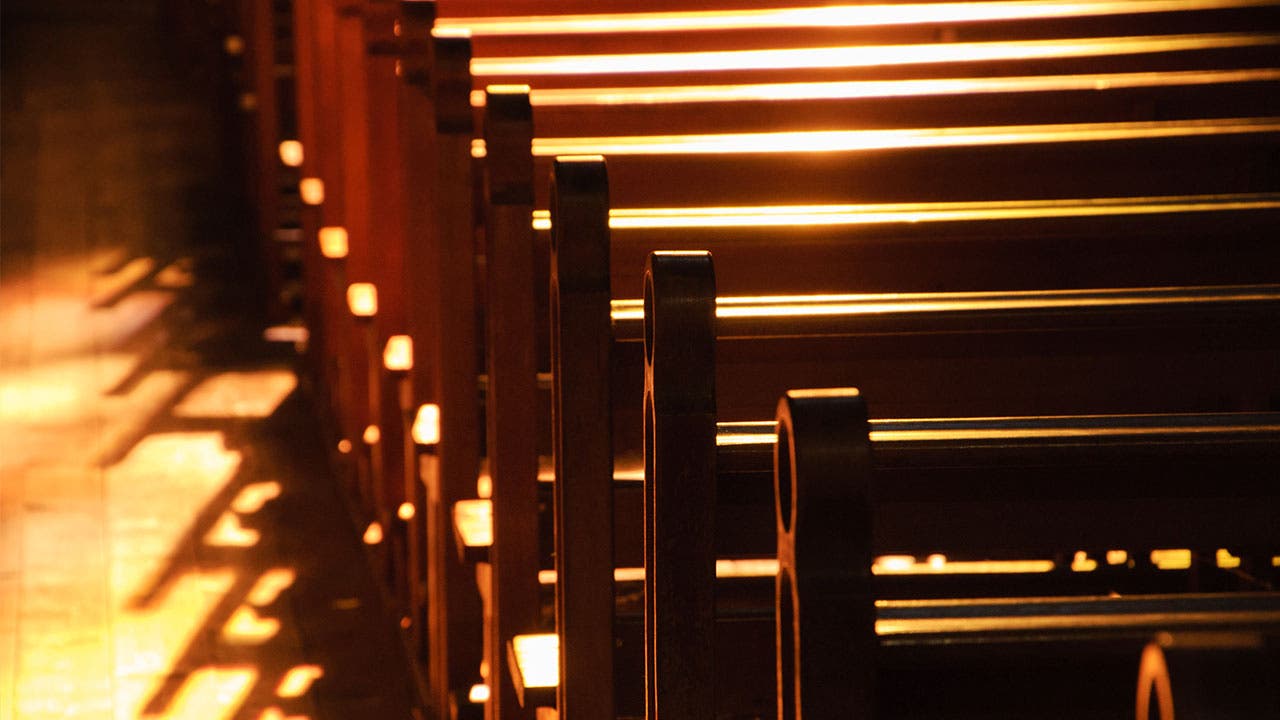 What happens to your money and debt when you die?

Debt doesn’t just go away when someone dies.

Most debts get passed on to any surviving family members after someone passes away. If you do nothing to plan for this inevitability, the state in which you live will decide how your estate should be handled.

“When someone dies and has no directions of how their assets should be distributed, the assets will pass according to the laws of intestacy,” says Michael Silver, a Certified Financial Planner professional with Baron Silver Stevens Financial Advisors in Boca Raton, Florida. “So every state has created its own will if you never signed one.” But your state’s will may not reflect your wishes.

“I always tell people I think it’s just irresponsible not to have these affairs in order,” says Silver. “It’s our responsibility not to put the burden on others.”

Let’s take a look at smart ways to dispose of your assets and debts so that your heirs don’t get short-changed or perturbed. 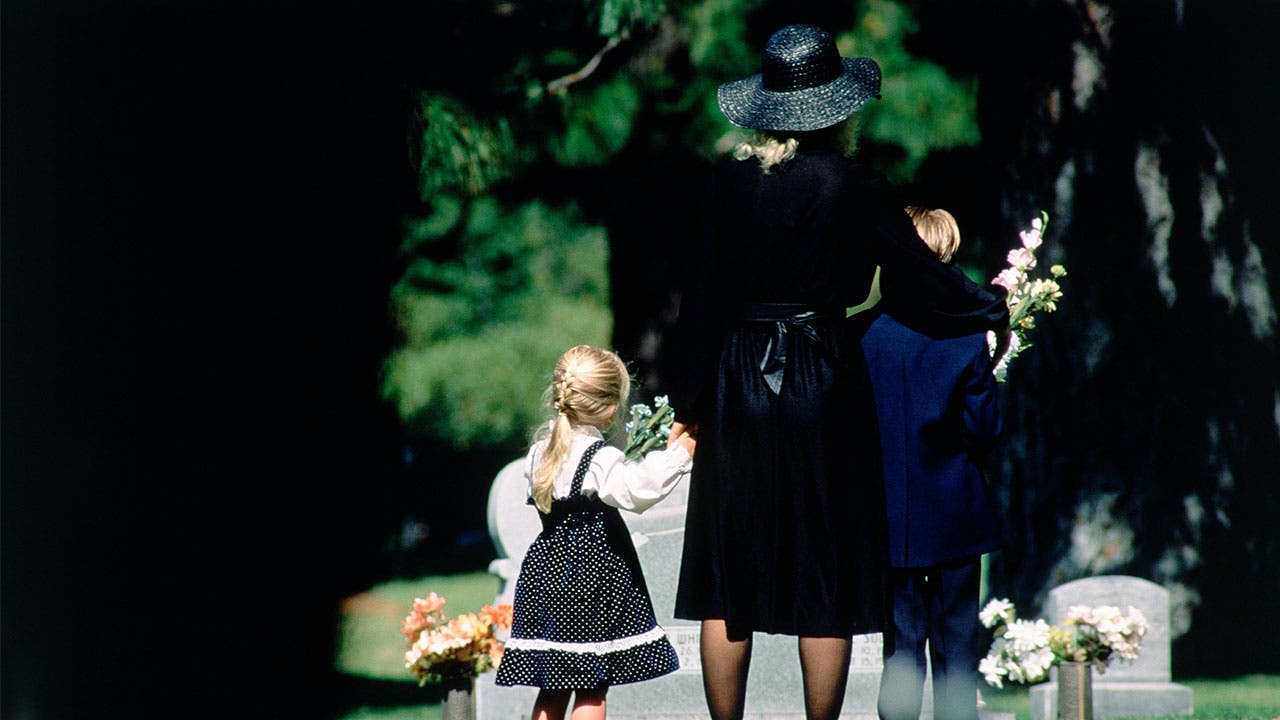 If you do have a will, your assets and debts will be handled during probate, a public court-supervised process in which your assets are distributed to creditors and heirs – in that order. “If there are assets insufficient to pay the charges, there’s a dictation in every state’s probate rule about the ordering of claims,” says Ted Kurlowicz, professor of taxation at The American College in Bryn Mawr, Pennsylvania.

But there are ways to avoid probate. For instance, if you own a home as joint tenants with right of survivorship, the home goes directly to the other owner, typically a spouse. If you have a retirement account, a deferred annuity or a life insurance policy, these assets will be disbursed to your named beneficiaries. And any assets in a bank account or certificate of deposit also could go to a named beneficiary, known in bank lingo as payable on death or transfer on death. Or you could create a trust for your assets that enables them to be distributed outside of probate, affording your family more privacy.

Avoiding probate doesn’t mean you can dodge creditors though. More on that later. 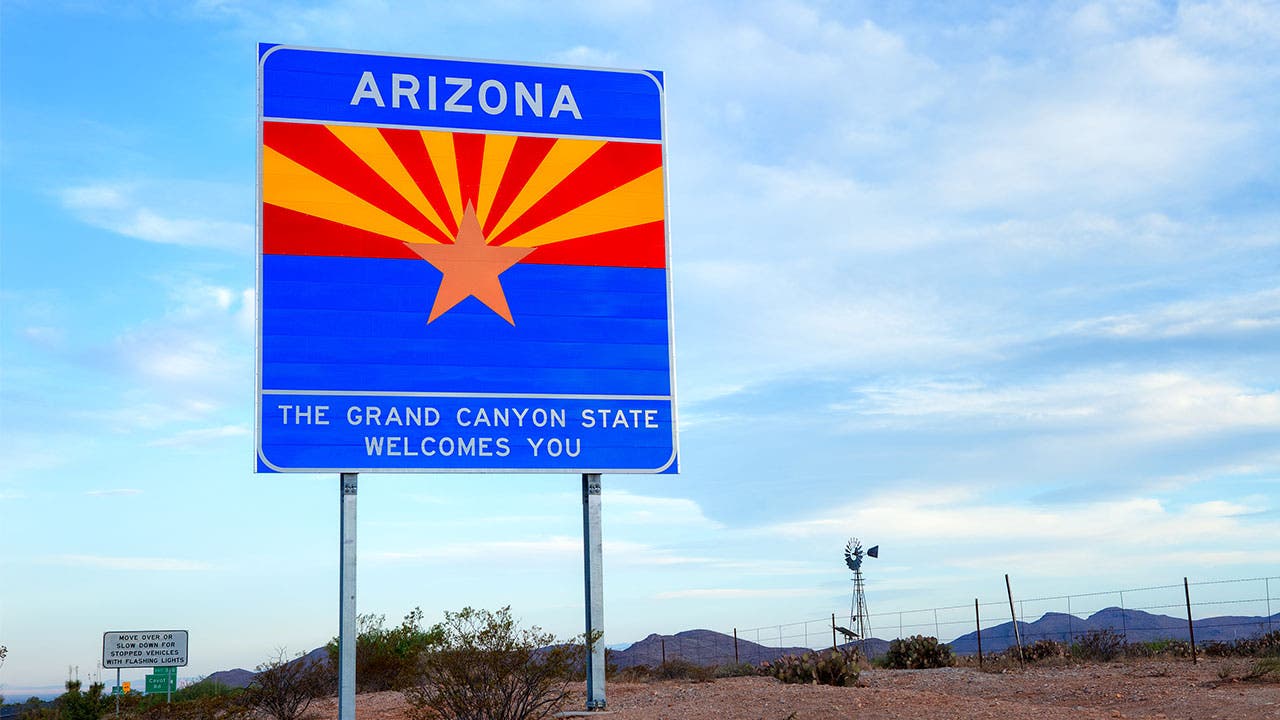 In Washington, for example, a married couple can enter into an agreement that converts everything they own and acquire into community property with the proviso that the surviving spouse receives the property at death, says Kristi Mathisen, managing director of tax and financial planning at Laird Norton Wealth Management in Seattle. “The surviving spouse can walk into a bank with the executed agreement and the death certificate and say, ‘Even though that account is in the name of my husband, that account is now mine.’ And it doesn’t have to pass through probate or anything else.”

Without the agreement, all property acquired during the marriage is presumed to be owned equally by each spouse, so each spouse owns half. And when a spouse dies, both halves of the couple’s property go into probate, where debts are settled and assets distributed. The spouse owns half of what’s left after paying the debts and the will of the deceased directs who gets the other half.

If there’s no will, the surviving spouse gets all of the community property, though there are special rules for separate property that was owned before the marriage or received through a gift or inheritance. 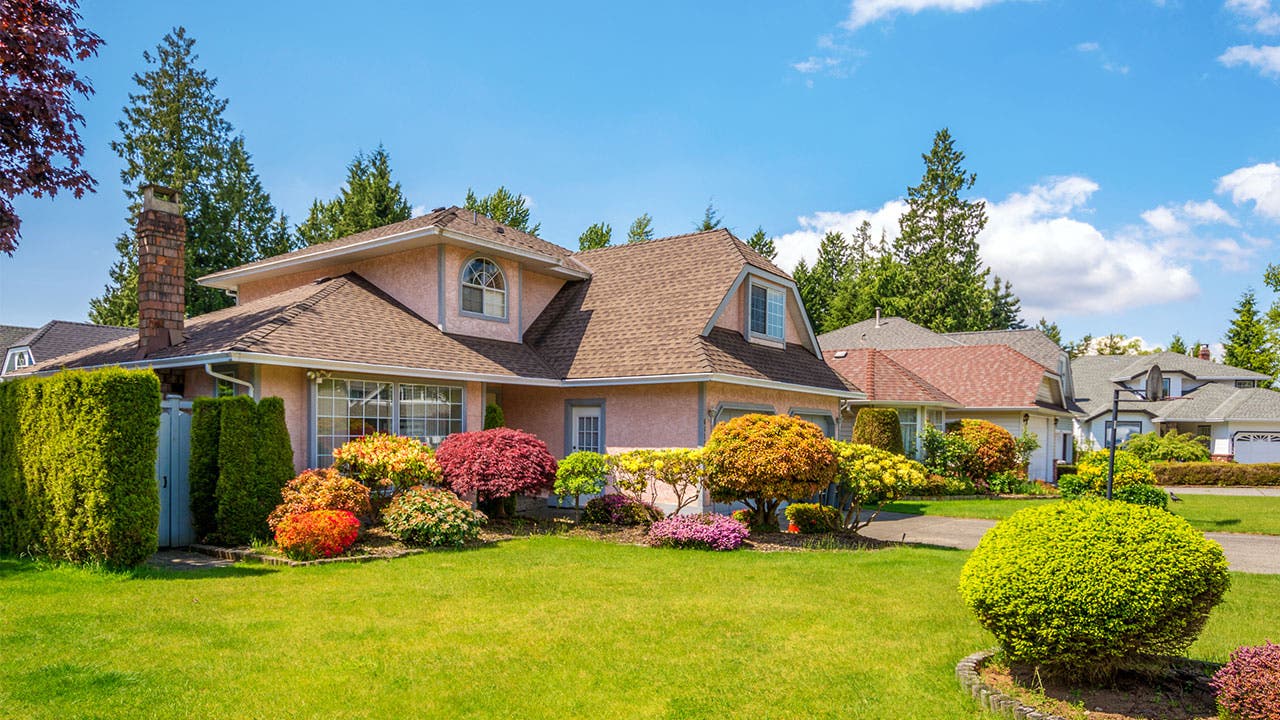 How to bequeath your home

If a home is jointly owned with right of survivorship, the survivor gets the home and generally takes responsibility for any mortgage obligation on the property.

If your home is in your name only, in most cases it doesn’t make sense to gift it to family members while you’re still alive. That’s because your family members will lose a valuable tax benefit, known as step-up in basis. If you gift the home prior to death, your heirs will have to pay capital gains tax on the difference between what you paid for the home, known as your cost basis, and the amount it sold for. But if the home is part of your estate, your heirs get a step-up in basis, so that its value at the time of your death becomes the new cost basis. Voila! There’s no capital gains tax due when you sell the home.

“I see a lot of people not knowing all of these different nuances and wildly and blindly transferring their home prior to their death and giving up a lot of tax advantages,” says Silver. 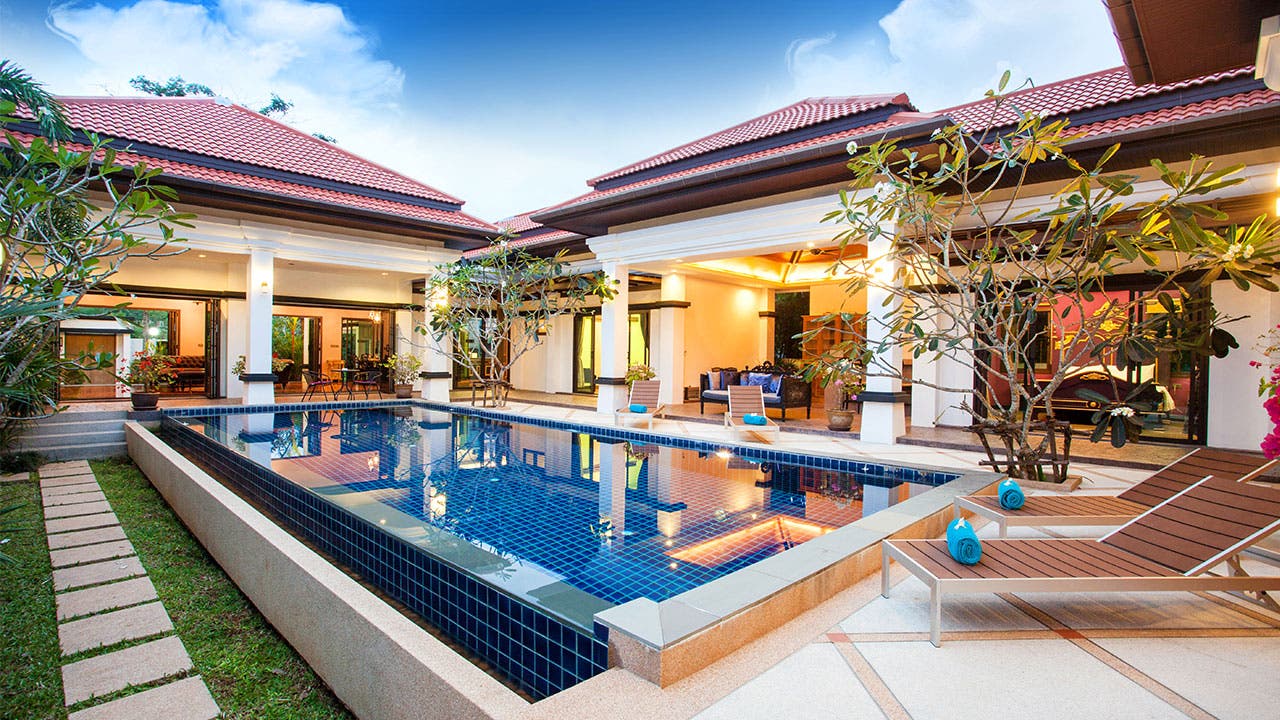 What about the home seller&#8217;s exemption?

There are other considerations, such as possible gift tax that might be factored into the equation if the home and estate are worth mega-millions. But for the transfer of more modestly priced homes, there’s also the home seller’s exemption, a tax break that survived the recent tax law overhaul. This exemption excludes $250,000 of profit on the sale of a home from capital gains tax ($500,000 for married couples filing jointly).

But certain rules must be followed: Only those who have lived in the home as a primary residence for two of the past five years would qualify for this exclusion. Kurlowicz says the step-up in basis has more value than the home-sale exclusion when the home doesn’t stay in the family.

But the bottom line is that anyone considering gifting a home to, for example, protect it from future creditors, should consult a lawyer or financial planner. “Ultimately you want to seek good advice before doing a transfer,” says Silver. “Sometimes you just don’t know what you don’t know.” 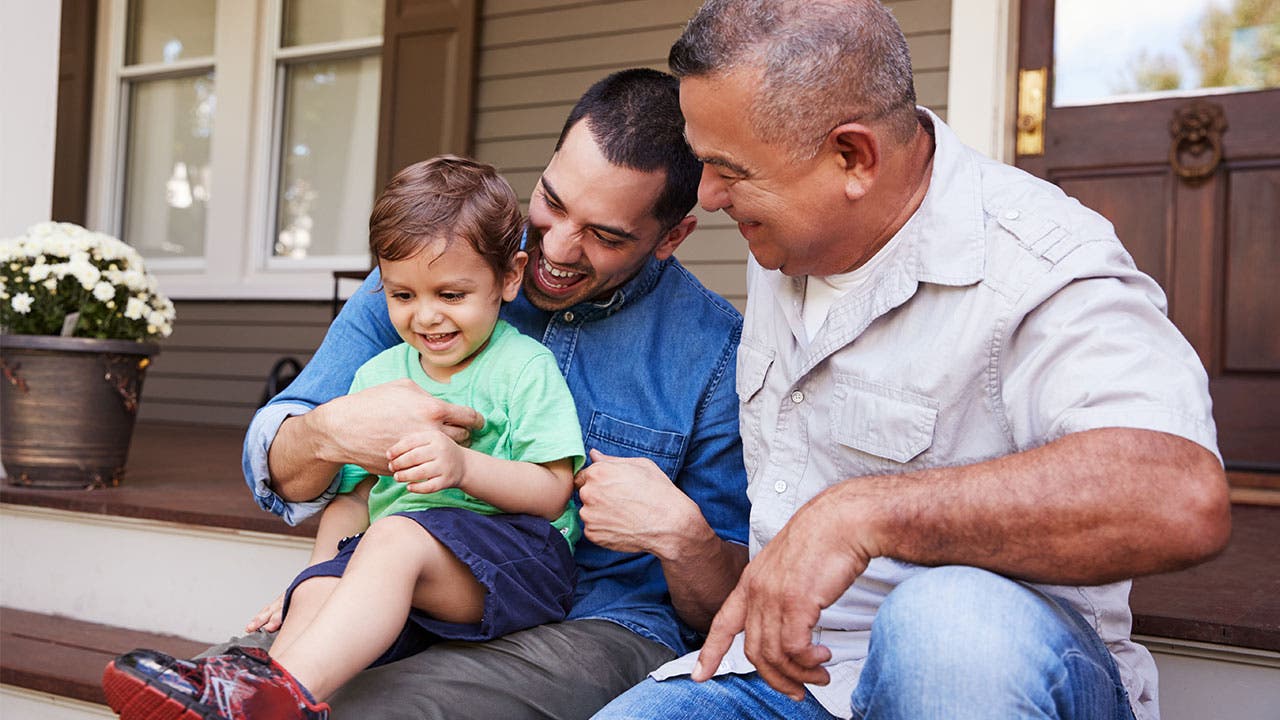 Though retirement accounts and deferred annuity contracts usually have named beneficiaries, there may be delays before any monies are disbursed since the executor or administrator of the estate first has to pay claims by creditors.

It’s important to double-check to make sure the right beneficiaries are listed for each account by contacting the plan sponsor or financial firm with custody of your money. Besides the huge blunder of inadvertently leaving assets to an ex-spouse, there’s also the possibility that the firm or plan provider may not have your beneficiary information on file.

If somehow no beneficiaries are listed on your retirement or insurance account, it will become part of your estate and go through the probate process. This can limit the tax breaks that would otherwise be available to your intended beneficiaries when they finally do get access to these funds. 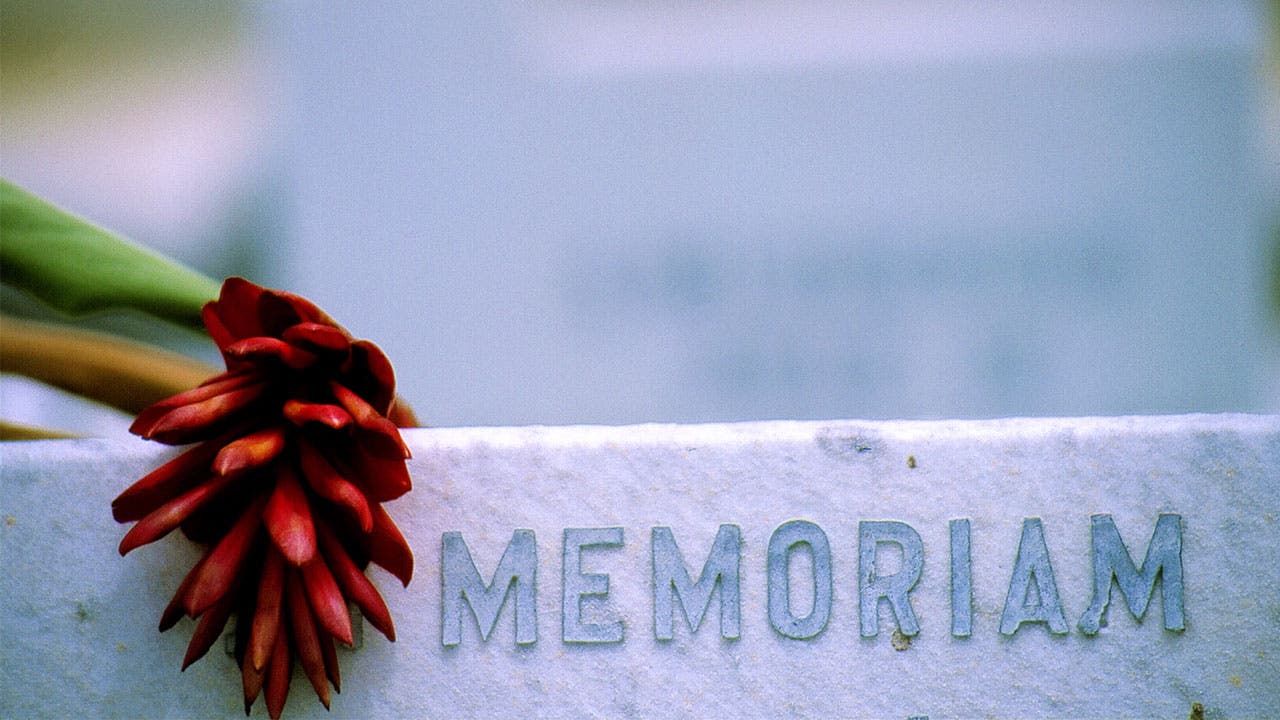 What your family should do when you die

This is Kurlowicz’ recommendation to 99 percent of his clients who call him with news about the death of a loved one: “First, you grieve. You plan the funeral. And you keep records.”

Generally, expenses for the funeral, burial, a grave marker and rents for occupancy six months prior to death are among the first to be paid, along with the costs of administering the estate.

In a timely fashion, the executor must notify known creditors of the deceased and advertise the estate notice in legal and local newspapers for a set period of time, generally three weeks, so that anyone with a claim – a beneficiary, creditor, someone who was harmed by the decedent – can come forward with their claims to the executor. That starts the clock for the statute of limitations, after which creditors who come forward may be out of luck. The statute of limitations is typically a year, but in Washington, it’s 120 days.

Kurlowicz recalls an incident in which a hospital bill arrived 14 months after the death of a client. He told the billing department, “You’re too late. The estate’s settled. Sorry.” 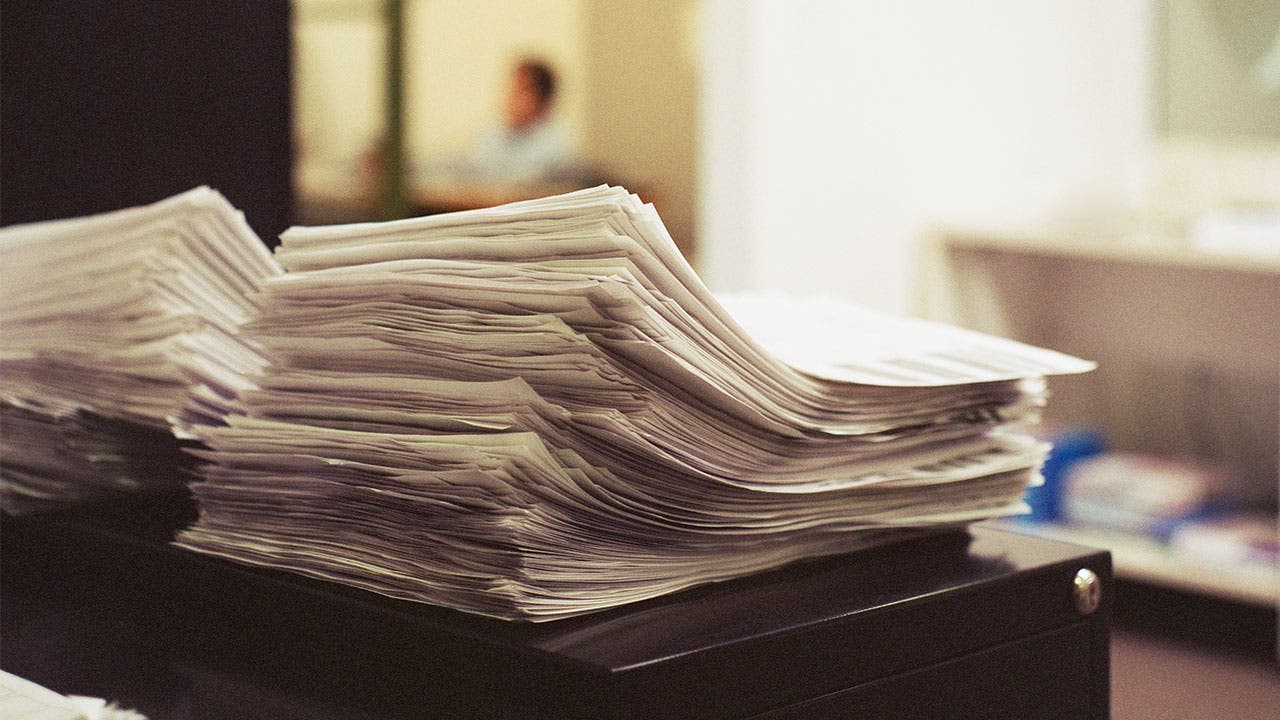 What happens to your debts

It’s not a good idea to run up a lot of credit card debt before your grand departure and then expect your heirs to get your assets. “Debts don’t die with you,” says Mathisen. “They survive your death and before considering all of the claims of your family members, your debts get paid first. Then your family inherits.” In community property states, all of a couple’s property can be used to pay the debts at death. “The survivor, after probate, is done with the debts,” says Mathisen. “So you get some closure, you get that fresh start after.”

Creditors in the strongest position to collect debt are those who finance home and car loans. “Any time there’s a physical asset they can take back as collateral, they’ve got something to work with,” says Silver. “If it’s just a note, it makes it very difficult to collect.”

Still, it’s the responsibility of the estate to settle debts, so these don’t just disappear. Just about every asset you own is up for grabs – including IRAs, 401(k)s, bank and brokerage accounts, and even homes held in a revocable living trust or as joint tenants with right of survivorship.

Kurlowicz has seen cases where inherited IRAs were raided by creditors. “They may not be able to force you to use those assets while you’re alive, but it could happen after death.” That could result in unintended consequences – such as some beneficiaries getting less than others. 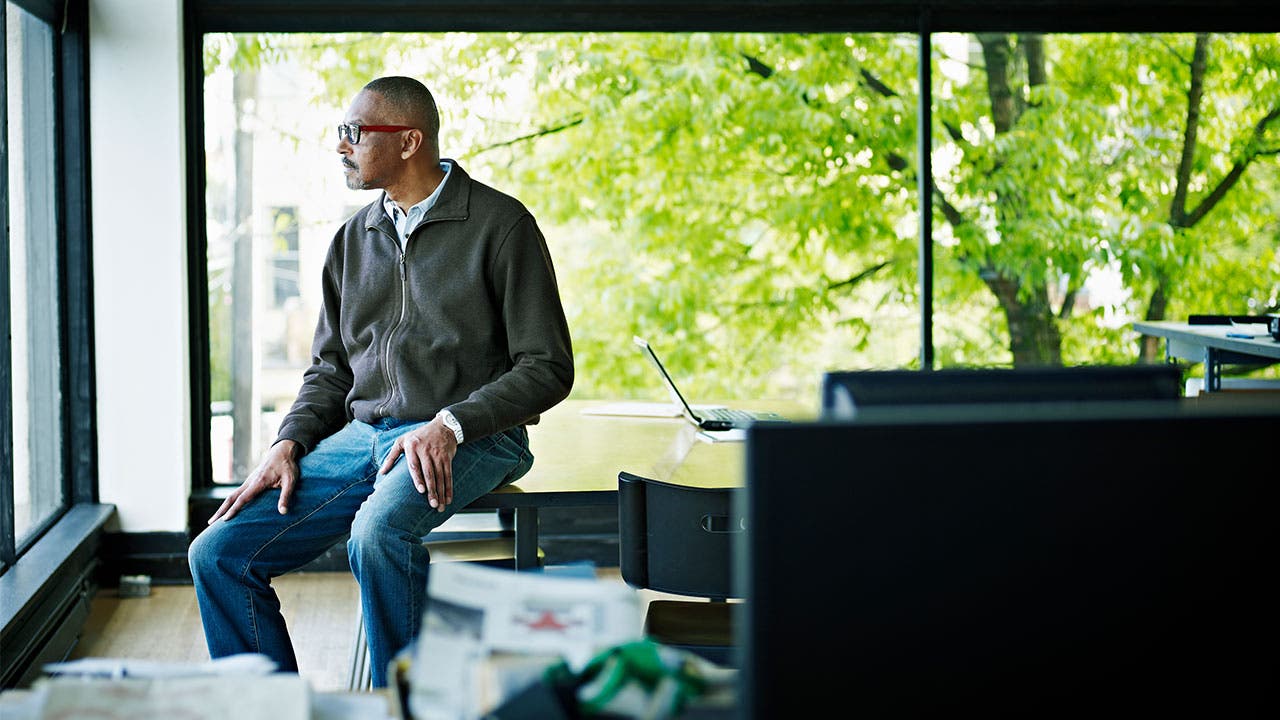 Some assets (and debts) have wiggle room

A life insurance policy is one asset that will generally go directly to the named beneficiary, as long as the beneficiary designation is clear. Otherwise, it could end up in probate, subject to creditor claims. Even if you have permanent life insurance with a cash value, creditors can’t force you to take it out to pay debts while you’re still alive, and the proceeds will go to a named beneficiary after your death without any interference, says Kurlowicz.

Some unsecured debts are often negotiated down. Even though creditors can go after the estate, “it may be time consuming, expensive and cumbersome for the creditor and they may be happy to settle,” says Silver.

But if you owe the IRS, forget about expecting instant forgiveness. “The estate will have to settle with the IRS directly. That doesn’t happen through probate,” says Mathisen. On top of that, she adds, “The executor is personally liable for the unpaid tax if other debts are paid first or assets are distributed before the IRS is fully paid.”

If you owe more money than you own, it’s a good idea to hire an asset protection attorney. “Mistakes in this area can lead to some unhappy beneficiaries and inefficiencies in paying off the debts,” says Kurlowicz.