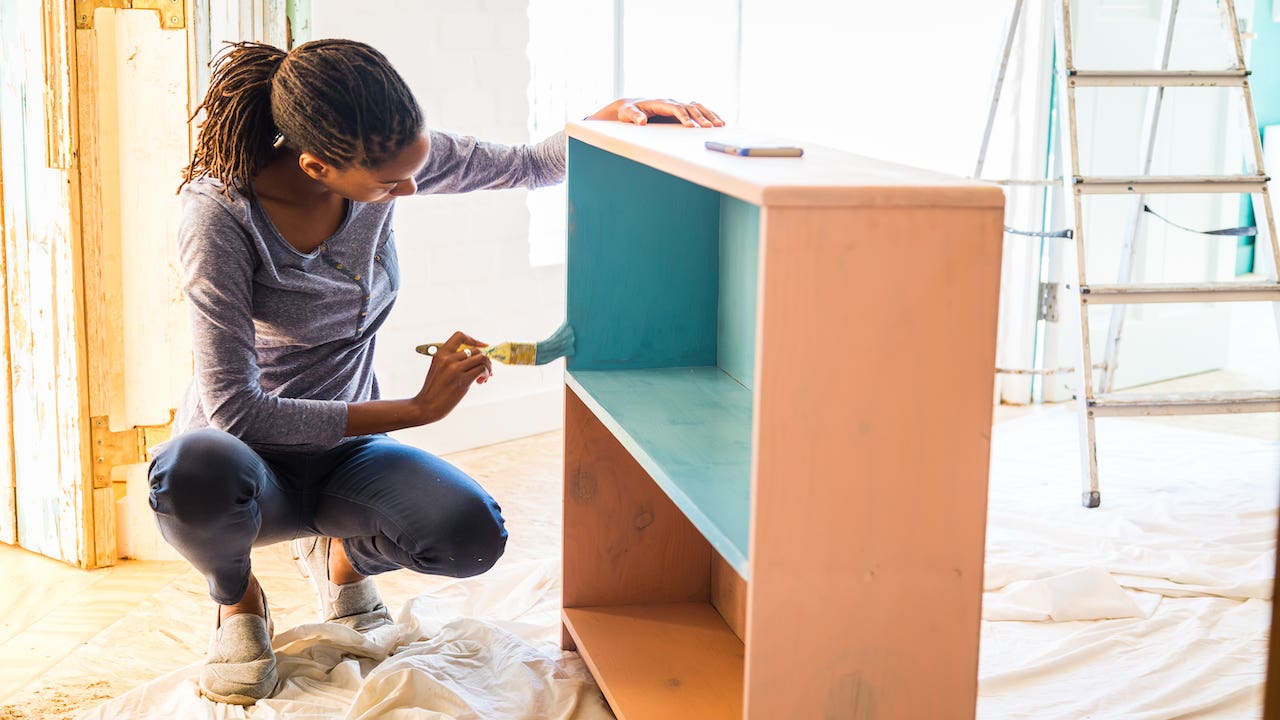 When the pandemic locked down the nation, Kristin Howard had lived in the same one-bedroom apartment in Los Angeles for 16 years. Suddenly, her home became her office, and her space went from suitable to cramped.

So Howard decided to buy a place. After struggling to find a home in her price range in Los Angeles’ notoriously unaffordable housing market, Howard landed a single-family house for $760,000.

Howard made the purchase as a single woman, and soaring home prices made the process a challenge. “It was extremely stressful,” she says. “Everything is so expensive.”

By buying a home solo, Howard unknowingly joined a trend: Single women are a growing force in the housing market.

The National Association of Realtors says single women made up 19 percent of all homebuyers in 2021, a share that has been trending up since it hit a low point of 15 percent in 2014. Single men make up just 9 percent of buyers, while couples, both married and unmarried, do nearly 70 percent of deals.

A separate survey by Bank of America found a similar house-before-spouse trend: 65 percent of single female prospective homebuyers said they’d rather not wait for marriage to buy a home, and 30 percent of women who already own homes bought when they were single.

Kathy Cummings, a senior vice president at Bank of America, remembers when baby boomers expected to get married before becoming homeowners. “Now, the trend is reversing,” she says. “The message is reversing. You don’t need a man any more.”

Time to ‘start my life’

Madison Fox, 22, joined the trend last year when she bought an 800-square-foot house in Bay City, Michigan. Fox is unmarried and works as a pharmacy technician, and she thinks of rent as a waste of money.

“I just wanted to get out of my parents house and start my life,” she says.

While Fox is getting started earlier than most, many single women are deciding not to find partners before becoming homeowners, says Lynn Toomey, founder of Her Retirement, a financial education company.

“Because people are delaying getting married until an older age, women aren’t waiting for the homeownership part of the traditional coupled-up decision to buy a home,” Toomey says.

For single women homebuyers, financial stability is an important part of the calculus, says Jessica Lautz, vice president of demographics and behavioral insights at the National Association of Realtors.

“Women have a very strong preference for homeownership,” Lautz says. “They think it’s a good financial investment. They also are willing to make financial sacrifices. They traditionally have a lower household income, and they’re willing to cut expenses in other areas of their life to achieve homeownership.”

In something of a paradox, single women make less money on average than single men but are more eager to buy homes, Lautz says. That could reflect the certainty and stability that go along with a monthly mortgage payment, as opposed to renting in an era when monthly rents have been rising sharply.

“Knowing exactly what your payment is going to be for the next 30 years, especially if you’re a single mom, could be incredibly important for women,” Lautz says.

Tenants also face the possibility that the landlord could not just raise the rent but decide not to renew their lease. That’s what happened to Toomey – her landlord opted not to renew her lease that’s up this spring. The surprise spurred Toomey to begin shopping for a home in Massachusetts.

“I know that I’ll have much more peace of mind owning my home versus renting,” she says.

Home values soared to record highs during the pandemic, and that price jump makes buying homes difficult for those doing a deal on just one paycheck.

Howard, who works as a marriage and family therapist, had received stock options from a previous job, and those shares had appreciated enough that she had money for a down payment. Still, Howard found it difficult to bid aggressively enough to elbow out other buyers in a hot market.

“I would put in a high offer, and someone would swoop in and pay all cash,” Howard says.

Howard ultimately submitted a bid that was accepted, and she moved into her new place in March 2021. Homeownership created a new challenge: Her monthly payment is more than the cost of her rent-controlled apartment, so Howard took on a second job to help meet her higher housing expenses.

How to get into the housing market on one paycheck

Buying a home can be a daunting task even with two incomes. Buyers with one income need to take extra care when entering the housing market.