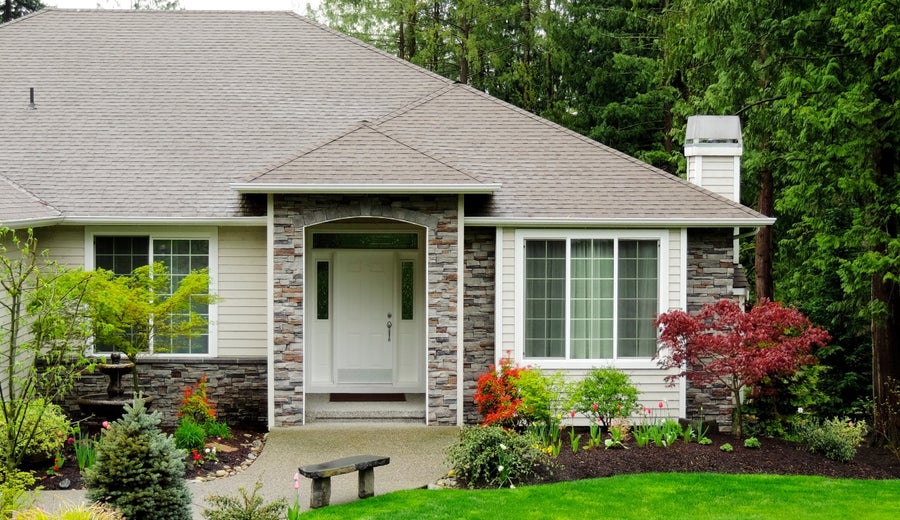 If you’re starting to think about buying a home, coming up with a down payment can sound pretty daunting. As of August 2020, the median value of a single-family house or condo in the U.S. was more than $256,000, according to Zillow. If you’re in that price point, you’ll need more than $51,000 if you want to hit the magic 20 percent down payment mark. That doesn’t even include the other cash you’ll need for closing costs.

If you don’t have enough in your personal piggy bank for these expenses, you might be thinking about a piggyback loan. Here’s what you need to know.

What is a piggyback loan?

A piggyback loan, also called an 80/10/10 or combination mortgage, requires not one, but two mortgages.

Why would anyone want two mortgages?

The historic rationale behind a piggyback loan has been to help borrowers avoid paying private mortgage insurance (PMI), explains Greg McBride, CFA, chief financial analyst at Bankrate. Lenders charge PMI to account for heightened risk when taking on a borrower that doesn’t have an adequate down payment (20 percent) to achieve an 80 percent loan-to-value ratio. With a piggyback loan, you can get away with a lower down payment and never see PMI tacked on to your monthly mortgage payments.

How does a piggyback loan work?

If you’re browsing for financing options, you may stumble upon an option for a piggyback loan called an 80/10/10 mortgage. In this case, the first loan is for 80 percent of the property’s value, and the second — the piggy on the back, so to speak — is for 10 percent. Then, as the borrower, you’ll need to make a 10 percent down payment.

Pros and cons of piggyback loans

The main upside to a piggyback loan is the chance to ditch private mortgage insurance. The average annual PMI premium ranges from 0.55 percent to 2.25 percent of the loan principal, according to data from Ginnie Mae and the Urban Institute. So, if you can’t put down 20 percent on a $256,000 home, you could wind up paying more than $5,700 in PMI at the high end. With a piggyback loan, you can get a reprieve from those insurance payments without having to look for a smaller and cheaper home.

However, a piggyback loan still costs plenty of money. The second loan typically has a higher interest rate, and it’s variable, McBride says — if the interest rate goes up, you’ll pay more.

“In a lot of cases, it’s easier and advantageous to take one low-rate mortgage with a low down payment, pay the PMI for a few years and then eliminate it,” McBride says. “It’s simpler, and you avoid paying the closing costs on another loan.”

If you’re worried about paying PMI for an extended period of time, McBride notes that your property can do the work for you to get your LTV in a better position.

“Your loan-to-value ratio doesn’t have to go down to 80 percent just by making payments,” McBride says. “If the value of your home has appreciated and you can demonstrate that you have the necessary equity, you can remove the PMI.”

One other key consideration with a piggyback loan is what you might encounter if you need to refinance it down the road. The complication of a piggyback structure means that refinancing isn’t as simple, according to the Consumer Financial Protection Bureau. If the two loans are from two different lenders, for example, both lenders may need to sign off on the refinance.

Alternatives to a piggyback loan

Piggyback loans were common before a lot of low-down payment mortgage programs became mainstream, McBride says. If you’re stressing over that 20 percent down payment, there are a number of first-time homebuyer loans and grants that can help you move into a home for less upfront money without the added layer of a piggyback loan:

With a low-down payment program, you’ll be able to write a smaller check, but depending on your lender, also may be required to expand your home-buying knowledge. For example, Bank of America’s low-down payment loan program stipulates that borrowers might need to complete a homebuyer education program to qualify.

You may be pondering delaying a home purchase until you can make a more sizable down payment, but McBride points out that the waiting game can be a losing formula.

“Home prices have been rising faster than people could save, so the idea of making the 20 percent down payment is a moving target,” McBride says. “Especially for a first property, it’s entirely plausible to make a smaller down payment to get into that starter home. Then, after a few years, when you trade up to a more permanent home, you have enough equity that it becomes your 20 percent down payment.”