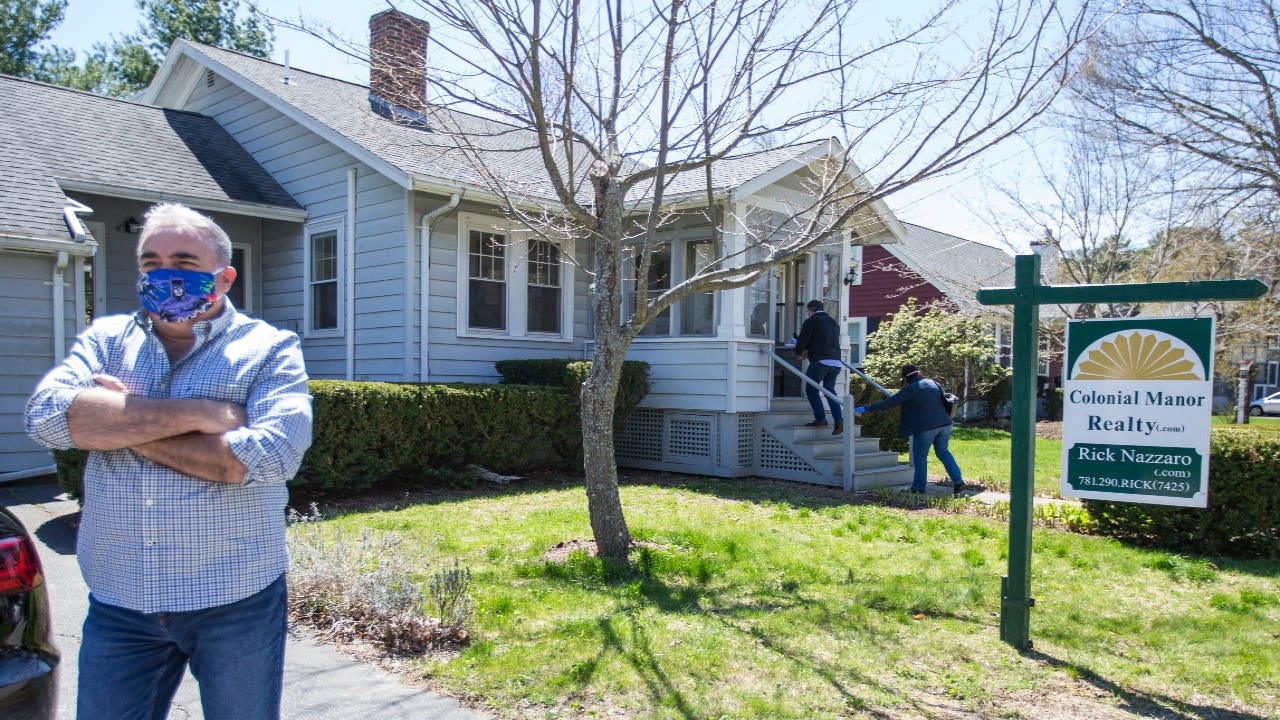 For tens of millions of American workers who have lost paychecks to the coronavirus, a furlough sounds less ominous than a layoff.

For furloughed workers applying for mortgages or refinancing, however, the nomenclature might be a distinction without a difference. As the economic slowdown shines a light on credit risk, lenders are taking a hard-nosed view of any loss of income, whether the cause is a furlough or a layoff.

A furlough means that an employer requires a worker to take time off without pay, although the employee typically keeps health benefits and expects to return to full-time work in the near future.

“A furlough – especially if it’s unpaid – will likely carry similar weight in a lender’s eyes as being laid off,” says Adam DeSanctis, spokesman for the Mortgage Bankers Association. “Depending on the borrower’s field, a furlough would likely show instability in employment and a disruption in income.”

More than 33 million Americans have filed for unemployment benefits since mid-March, when the pandemic blindsided the U.S. economy. As a result, loan officers have stepped up their scrutiny of borrowers’ employment situations. Some mortgage brokers say they call applicants’ employers daily to verify that the borrower is still on the job.

Mortgage giant Fannie Mae said in a May 5 notice to lenders that it takes an unfavorable view of furloughs.

“A furlough is a suspension from active employment that does not typically guarantee restoration of an employee’s position when the furlough period ends,” Fannie Mae stated. “Until furloughed employees actually return to work, they are unable to provide evidence of a stable and reliable flow of employment-related income and are therefore ineligible under our Temporary Leave Income policy.”

In past crises, such as federal government shutdowns, employers, employees and lenders understood furloughs to be temporary. Federal agencies furloughed workers, and then quickly brought them back.

The coronavirus pandemic is different, both in its sweep and its level of uncertainty. As Fannie Mae noted, furlough might just be a polite way of describing a layoff.

No clear definition of furlough

A furlough affects different borrowers differently. Some employers require furloughed workers to go weeks or even months without pay.

Macy’s in late March furloughed most of its 125,000 employees. The retailer couldn’t say when they’d be back on the job, although some of its stores in some states are reopening.

In another example, Redfin, the Seattle-based real estate brokerage, announced in early April that some of its employees would be furloughed until Sept. 1 — meaning nearly five months without pay.

Other companies ask workers to take unpaid leave for just a few days, or for a week per month. Newspaper publisher Gannett said thousands of its employees would be furloughed for one week a month in April, May and June, equating to a pay cut of about 25 percent during that period.

In one recent case, a dentist who had been furloughed presented his loan officer with a document from his employer.

“He had a letter stating that the practice had every intention of reopening,” Smith says.

First Community Mortgage approved the loan, the dentist has returned to work, and the bank plans to sell the loan to Fannie Mae or Freddie Mac. For an industry that has relied on regimentation and clearly defined rules over the past decade, the coronavirus pandemic has introduced new ambiguities.

With layoffs mounting, many lenders have raised requirements for credit scores and down payments and otherwise moved to cut their risk.

“It’s a really tough balance,” Smith says. “In an industry that’s heavily regulated and relies on process and guidelines, we’ve suddenly got a huge fog in front of the mirror.”

In the case of furloughs, the borrower’s financial situation plays a role. In a two-income family, a furlough of a higher-earning partner might kill the mortgage application, but a furlough for the lower-earning spouse might not matter.

With the U.S. economy booming in recent years, some mortgage lenders had resumed offering loans to borrowers who couldn’t qualify for mainstream mortgages, such as self-employed workers.

As the global pandemic grinds on, even lenders known for flexible mortgage approvals have stopped extending credit. For instance, Deephaven Mortgage says it has ceased making loans.

“Due to extreme market volatility, Deephaven has suspended all loan applications, locks, closings and fundings at this time,” the company says on its website.

Other alternative lenders — those who make loans not backed by Fannie Mae and Freddie Mac, the mortgage giants who buy most loans in the U.S — have pulled back as well. That means many workers who have been furloughed or laid off are unable to take advantage of rock-bottom mortgage rates.

“We have no idea if or when they will start earning income again,” says Jim Sahnger, mortgage planner at C2 Financial Group in Jupiter, Florida.

A furlough doesn’t necessarily need to derail your plans to purchase a property. Some steps you can take: