A criminal conviction can severely hurt your finances. Having a criminal record can lead to discrimination in employment and disqualify you for other economic opportunities including public assistance programs, according to the Brennan Center for Justice. A criminal record can also impact access to higher education. For these and other reasons, individuals who have records may face decreased wages for the remainder of their careers.

If any of the above applies to you, you’re not alone; more than 70 million Americans have some kind of criminal record.. However, barring serious offenses, mistakes you made in the past don’t have to last your whole life. There are steps that past offenders can take to wipe the slate clean.

The financial barriers of carrying a criminal record

Ex-offenders may face a variety of sanctions or restrictions known as collateral consequences. These consequences include legal and regulatory restrictions limiting, or entirely barring, those who have been convicted of crimes from employment, business and occupational licensing, housing, education and other opportunities.

Background checks may also pose a challenge for those with a criminal history when it comes to accessing economic opportunities. Employers, leasing agents and landlords, and lenders may all conduct background checks when considering an application.

Many commercial background check websites are available to the public on the internet. Anyone curious can find an ex-offender’s criminal history. That knowledge can create a variety of financial challenges and obstacles.

One of the biggest hurdles for ex-offenders is finding decent jobs. Those who have served prison time face far more difficult situations than those who have done community service or paid fines.

Nearly1 in 3 adults in this country has a criminal record. This can pose challenges as having a criminal conviction can decrease employment opportunities. A survey conducted by the Society for Human Resource Management (SHRM) found that 83 percent of human resources professionals reported using a criminal history check as a pre-hire screening in 2021. Applicants who have a criminal record are about half as likely to get a call back or a job offer.

Having a criminal record also impacts lifetime earnings. The Brennan Center for Justice reports that individuals who have spent time in prison early in life may see their annual earnings reduced by 52 percent. Those convicted of a felony but not imprisoned may face an annual earnings reduction of about 22 percent on average. Even a misdemeanor conviction has financial ramifications, causing an average 16 percent reduction in annual income. 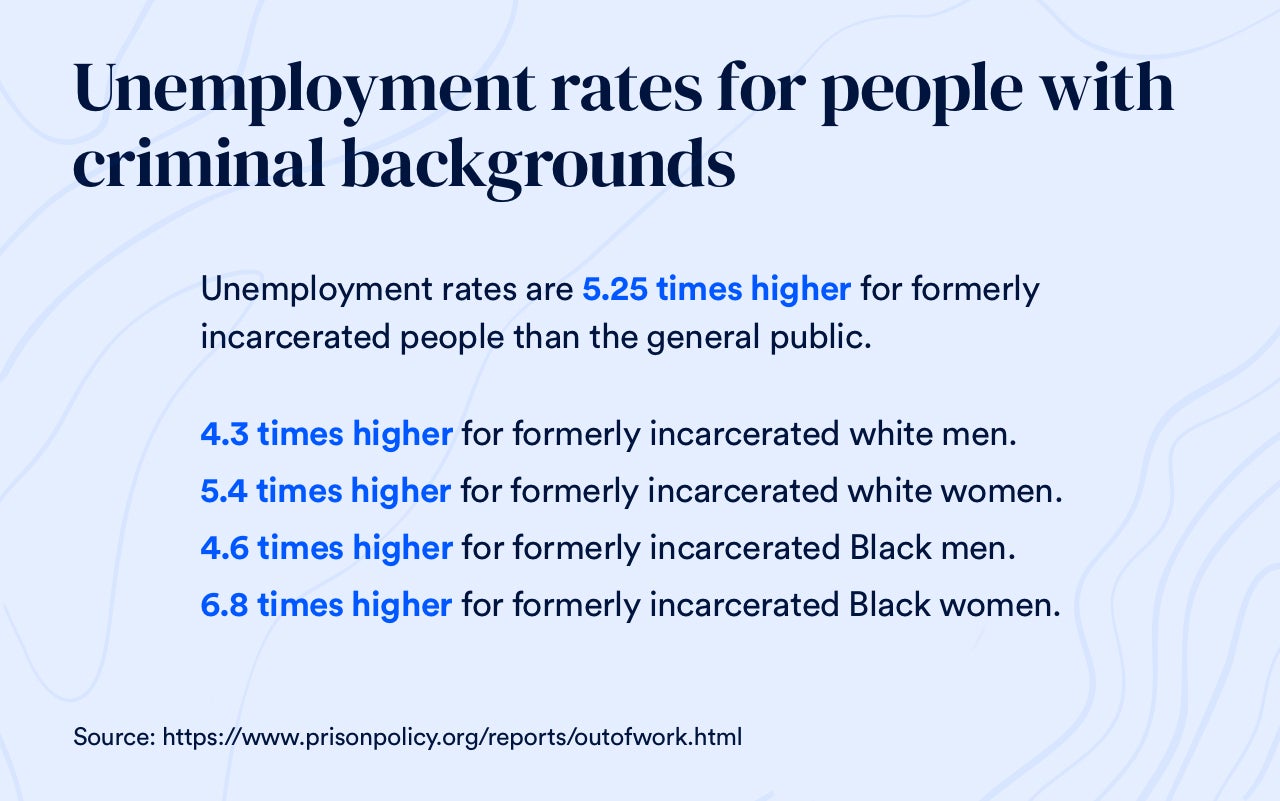 Criminal records can also be barriers to higher education, an important path toward higher-paying jobs and expanded economic opportunities. About 72 percent of institutions require applicants to disclose their criminal history. Depending on the nature of the crime, an admission’s application may be denied because of the criminal background.

It’s not all doom and gloom, though. There’s increasing support for “ban the box” initiatives nationwide, which seek to remove a check box on college applications that ask whether applicants have a criminal record. <

But criminal records can also be barriers to higher education, one path toward higher-paying jobs. According to the American Association of Collegiate Registrars and Admissions Officers, most colleges ask applicants to disclose criminal history:

It’s not all doom and gloom, though. There’s increasing support for “ban the box” initiatives nationwide, which seek to remove the check box from applications asking if applicants have criminal records. These initiatives want to make it easier for ex-offenders to apply to schools and jobs without disclosing their criminal history.

Each state also offers “clean slate” programs that make it possible for ex-offenders to clear their criminal records. It’s a process that can include expungement, closure or destruction of records. 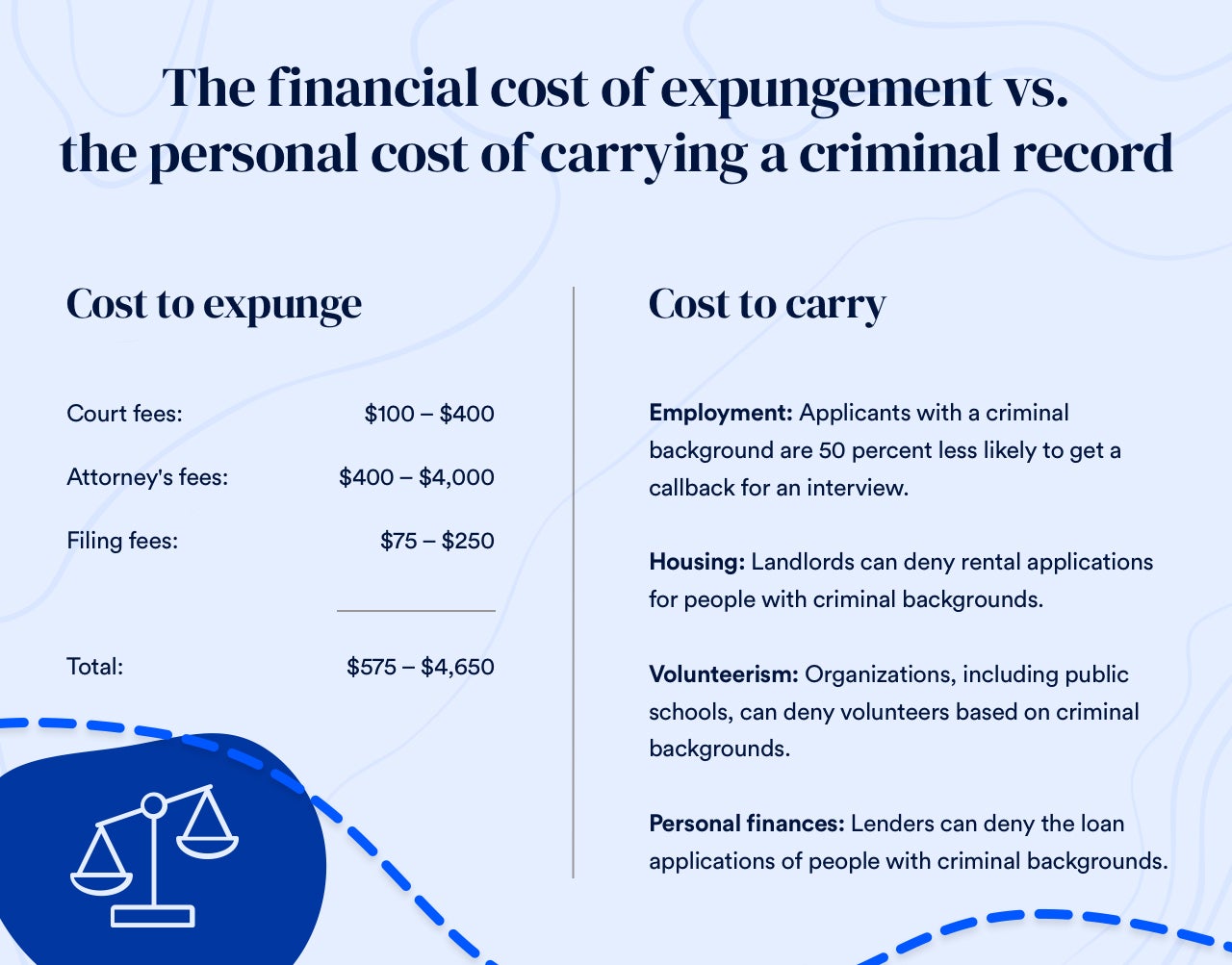 How to clear your criminal record

If you’ve committed a misdemeanor or a nonviolent felony, you may be able to ask for clemency. There are steps you can take to earn a pardon or expunge past offenses from your history, but it depends on the level of the criminal offense.

What are the three basic levels of criminal offenses?

Qualifications for clemency vary by state and criminal offense, but responsible parties will also consider whether the offender was an adult or juvenile when the crime was committed.

Juveniles face far more relaxed qualification standards than adults. States that offer no expungement protocol for adults will offer some for juveniles. It’s another form of clemency so the mistakes of youth don’t follow offenders into adulthood.

Clemency requirements are more rigid for adults, and it’s more likely that a misdemeanor will be forgiven than a felony. Some states allow expungement only if there was no conviction. Also, note that some states offer sealing instead of expungement. Sealing doesn’t erase the record entirely but hides it from public view. Certain agencies and employers will still be able to see sealed records. For an in-depth exploration of expungement laws by state, visit the Restoration of Rights Project.

Step 2: Find your type of clemency

Pardons and expungements are two different forms of clemency; one of the biggest distinctions is how they will affect your future prospects.

What’s the difference between a pardon and an expungement?

Unlike expungement, pardons do not remove your criminal offense from your history altogether. Pardons act as proof that you have been officially forgiven. Even if you have obtained a pardon, your offense may still show up on a background check.

Depending on the state you live in, some offenses are only eligible for a pardon instead of expungement. For example, not all states allow for the expungement of DUIs.

Clemency laws are legal mazes; even if your state allows you to submit your own appeal and proposal, self-representation may not be the wisest option. An attorney can help you navigate the intricacies of your situation and help you find the best path forward.

For instance, the Job Corps offers vocational training opportunities to students aged 16 to 24. Students with a criminal record are generally eligible as long as they do not have any pending court dates or fines, have not been convicted of a disqualifying crime and do not require court supervision.

Depending on the current state of your credit, you may be able to take out an unsecured personal loan to pay for court fees. Private lenders tend to be wary about lending to ex-offenders, but they may still lend to you if you can prove your ability to repay.

Be very cautious when considering either payday or secured loans (backed by collateral). Payday loans charge exorbitant interest rates that can be as high as 400 percent, and with secured loans, your personal property is at stake if you fail to repay.

To illustrate how expungement works, we offer a hypothetical case that parallels the real-life experiences of some ex-offenders.

Nine years later, Jessica is raising a family in California. She’s never driven under the influence again. She’s paid all her fines and completed her probationary period without incident. But her arrest still remains on her record.

If Jessica wants to apply for another job, she’ll have a harder time doing so. Due to collateral consequences, she may also have difficulty volunteering at her children’s school. Her school requires a background check before accepting volunteers.

Fed up, Jessica decides to pursue expungement. She’s able and willing to pay court fees, but hiring an attorney might be a bit expensive. Jessica’s credit is good, so she’s able to take out a personal loan at a reasonable rate.

As soon as she’s able, Jessica submits the expungement application and pays all fees. The judge allows an expungement. Because her offense is expunged, Jessica is legally allowed to answer no when asked if she has committed an offense.

Wiping the slate clean takes time — but it’s worth it

Overcoming a past offense and clearing the slate may be a long, tedious process for some, and some aspects of our justice system are in desperate need of reform. But if you’re eligible, finding some degree of clemency is worth it.

By seeking expungement, you’ll enjoy larger incomes over the course of your career and wider access to federal services. This includes access to public funds, such as federal student loans and welfare, as well as the ability to vote. Financing a pardon or expungement can be complicated, but once you’ve done it, you’ll be back on the right track. 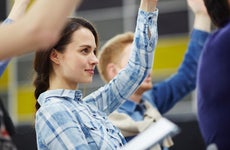 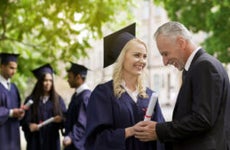 Parent PLUS loan applications: What you need to know 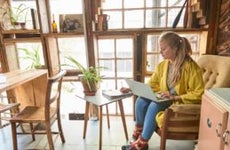 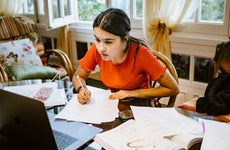