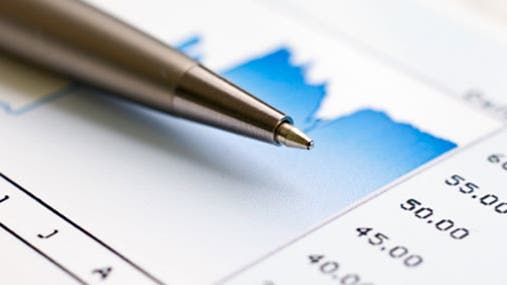 If you’ve never heard of Yankee bonds, rest assured they have nothing to do with a certain storied baseball team or popular scented candles. In fact, Yankee bonds are simply bonds issued by foreign companies in the U.S. in good old-fashioned American greenbacks.

Since the financial crisis hit, American investors have shown a voracious appetite for Yankee bonds. In 2010, $643 billion worth of Yankee bonds were issued in the U.S., up from just $267 billion in 2008, according to Dealogic, a financial research and consulting firm based in New York. This year, Yankee bond issuance already has reached $426 billion.

Yankee bonds’ recent popularity can be attributed in part to the hunger for higher yields among American bond investors, who have been starving on ultra-low domestic yields on Treasuries, and even on junk bonds, says Hildy Richelson, president of the Scarsdale Investment Group in Blue Bell, Pa., and author of “Bonds: The Unbeaten Path to Secure Investment Growth.”

Robert Schmieder, head of Latin America corporate credit research for HSBC based in New York, agrees higher yield is an enticement for investors.

They also provide an element of asset diversification for U.S. investors, Schmieder says. “Just as you would in equities, why wouldn’t you be diversified across your fixed-income portfolio?” Schmieder asks.

Richelson says because their performance isn’t directly tied to the U.S. economy, their price and value won’t always move in the same direction as those of U.S. bonds. At a time when the U.S. economy is still on shaky ground, that can be appealing.

Lastly, investing in Yankee bonds gives investors the ability to capture some of the growth occurring outside the U.S. “You can tap into growing emerging market economies by buying bonds of companies that are represented in those countries,” he says.

While their higher yields and diversification have long drawn American investors to foreign bonds, Yankee bonds have a few key advantages over their conventional siblings. The biggest benefit is they insulate investors from currency risk, says Annette Thau, author of “The Bond Book.” Because U.S. investors will eventually have to convert proceeds from investments denominated in foreign currency back into dollars, currency fluctuations can have a big influence on overall returns. Put simply, if the dollar gets stronger against a foreign bond’s currency, that bond won’t be worth as much to an American investor.

“If you’re buying a bond in a foreign currency, then currency risk becomes predominant,” Thau says.

By being issued in dollars, Yankee bonds avoid this currency risk, Thau says.

American investors are also attracted to Yankee bonds because they are regulated by the Securities and Exchange Commission and are rated by American ratings agencies such as Moody’s Investors Service and Standard & Poor’s.

Still, despite their recent popularity, Yankee bonds aren’t without risk, Richelson says. That’s why they pay investors a premium over domestic corporate bonds.

To start with, many Yankee bonds carry credit ratings low enough to lump in with American “junk” bonds as credit risks, she says. National differences in corporate law, accounting and governance rules also can introduce risk for American investors.

“(Foreign countries) may work under different operating rules. They may have different reporting standards,” Richelson says. “You don’t know by just looking at the bond.”

While Schmieder says differences in corporate accounting standards have been smoothed over by the adoption of International Financial Reporting Standards, differences in the way legal disputes and bankruptcies are handled from country to country can be critical, Schmieder says. In the event of a corporate failure, how much bondholders are paid, or whether they get paid at all, can hinge on bankruptcy laws in that country.

Schmieder also points out that while risk stemming from currency fluctuations is less with Yankee bonds than conventional foreign bonds, it’s not entirely absent.

“You can run into a currency mismatch. Basically, you have companies borrowing from you in dollars who may earn a majority of revenues in a foreign currency,” he says. “If that currency depreciates, it means that company is going to have to work harder in order to earn enough money to pay your bond off.”

How to buy Yankee bonds

Because they’re issued in the U.S. and denominated in dollars just like domestic bonds, investing in Yankee bonds is fairly straightforward, Richelson says.

“They would be shown on the bond-trading platforms that retail investors have access to,” he says.

However you choose to invest, keep in mind that Yankee bonds, at the end of the day, are like any other bond: Due diligence is key.

“It’s not like you’re getting a free lunch, because you may not get a higher yield and it may not be easy to find out how stable these bonds are going to be,” Thau says.