Why are bond yields flying high? 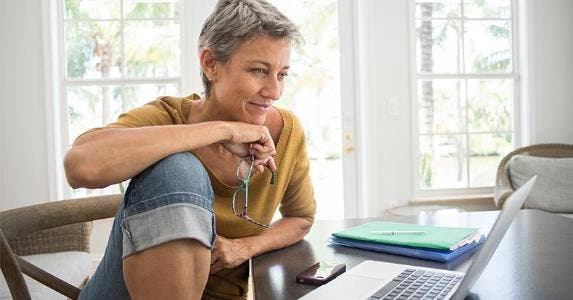 Bond yields have risen significantly over the past five months, with the rates skyrocketing following the presidential election.

So what’s behind the surge in yields?

First, the economy started improving in the third quarter, logging growth of 2.9 percent during the period, its fastest pace since 2014. Inflation also has picked up, with the consumer price index rising 1.6 percent in the 12 months through the end of October.

Those numbers have led to heightened expectations of interest rate increases by the Federal Reserve. Futures market traders forecast a 95 percent chance of a rate hike next month and a 76 percent chance of at least one increase in the first 11 months of next year.

RATE SEARCH: Will yields on certificates of deposit rise? Check out rates today at Bankrate.com.

A moderation of easing policies by central banks overseas also contributed to the U.S. yield spike, analysts say. After a period when some central banks set negative interest rates, those rates have begun to rise, moving into positive territory.

And then came the unexpected presidential victory by Donald Trump. Quickly, anticipation of huge tax cuts and infrastructure spending on the order of $500 billion coursed through the markets.

Those expectations led traders and investors to sell bonds en masse, thinking that such a major dose of fiscal stimulus would boost the economy and inflation along with it.

“It was such a strong Republican showing, putting them in control of the House, Senate and presidency. The expectations are now for more spending and lower taxes. That means a larger supply of Treasuries, perhaps an oversupply,” Rhoderick say.

But he and others say that expectations may have gone a little overboard. While they say that a tax cut is likely, they also point out that Republican deficit hawks in Congress may not be so eager to pass a massive spending plan.

“It’s unclear whether the deficit-minded house would be in favor of (spending) stimulus and what would be required as offsets,” says Mark Cabana, head of U.S. short rates strategy at Bank of America Merrill Lynch in New York City.

Meanwhile, analysts observe that bond yields are little changed for the year as a whole, with a plunge in the first half of the year preceding the recent rebound. “Really the yield environment hasn’t changed that much over the course of the year,” Rhoderick says. “It just hasn’t been linear.”

She sees that happening as economic growth hits 2.5 percent to 3 percent next year and the Fed likely boosts rates twice or possibly even three times in 2017.

And it’s probably not going to be a smooth ride in the bond market next year, either.

“Get ready for a lot more volatility,” Jones says. “I don’t think there’s terrible news for the bond market, but you need to be more aware of volatility than in the last several years, when central banks around the world pledged to keep rates low.”

The bond rout has transpired globally in recent weeks. Emerging market bonds have suffered the most, with concern that rising yields in the U.S. will make bond investors less eager for the higher-yielding but riskier bonds in emerging markets.

The Bloomberg Barclays emerging market government bond index returned a negative 6.9 percent in local currency terms during the first 18 days of the month. That compares to negative 2.6 percent for U.S. Treasuries.

RATE SEARCH: Where are credit card rates going? Get a deal on a new credit card today at Bankrate.com.

With U.S. rates expected to advance further next year, U.S. bonds will likely continue to draw investors from emerging markets as well as developed markets where yields are much lower than in the U.S., analysts say. That bond buying should keep U.S. yields from rising too much.

Other types of bonds

Meanwhile, Jones is wary of high-yield bonds, also known as junk bonds. “Even though the economy is getting better, (which is supportive of junk bonds), valuations aren’t attractive,” Jones says. “There has been high issuance, and default rates are picking up. That will probably continue.”

The default rate moved above 5 percent in the second quarter this year and hit 5.4 percent in the third quarter, according to Moody’s Investors Service.

Municipal bonds also may underperform, because the tax cuts that Trump has proposed for high earners makes munis less attractive. Perhaps the greatest benefit of munis is that the interest income they provide isn’t subject to federal taxes.

Munis could be compromised if Trump follows through on his promise to spend money on highways and other infrastructure. That will pump the market with more bonds to finance those projects.

Perhaps the greatest benefit of munis is that the interest income they provide isn’t subject to federal taxes.

If you’re going to buy bonds, analysts recommend looking at intermediate maturities, because there is less risk of a major price decline than in the short and long ends of the yield curve.

“Your risk-reward profile is more attractive” with a duration of 3 to 5 years, Jones says. “If you extend to five years, you get more than 50 percent of the income for a 30-year bond with less risk.”