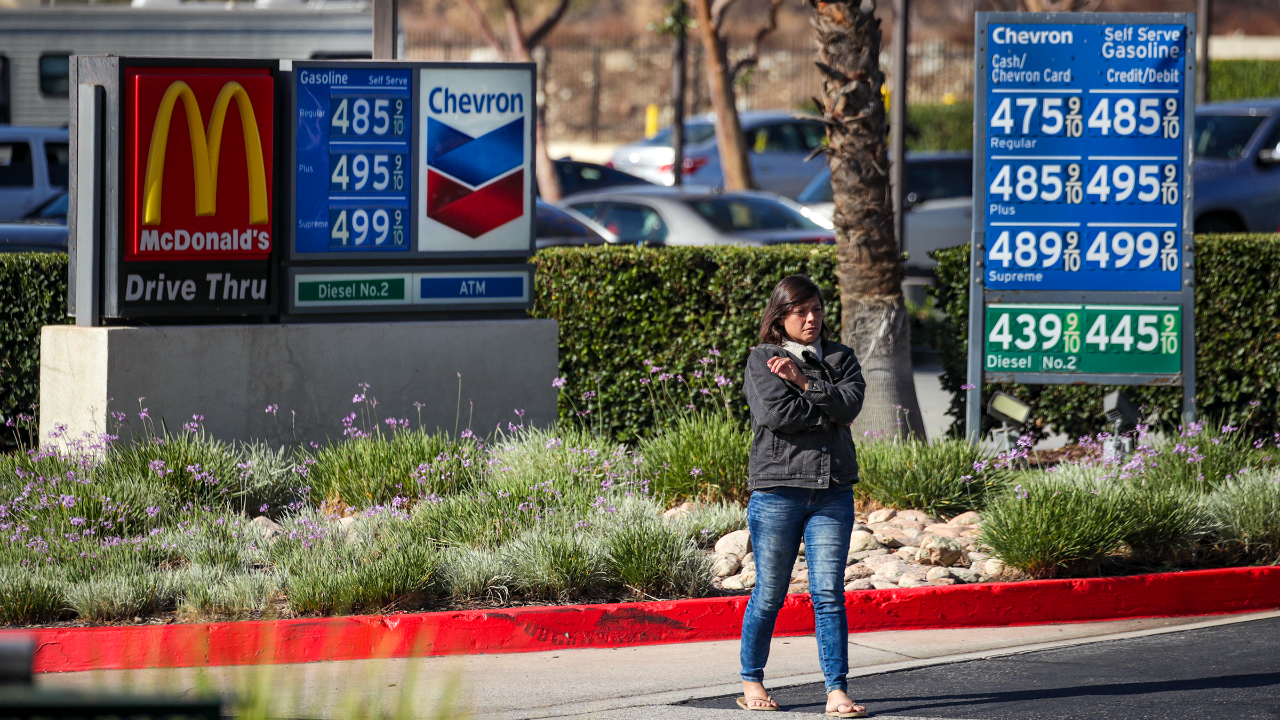 Americans are no doubt feeling the squeeze of higher inflation as prices soar at their fastest rate in 30 years — but for some consumers, that pinch could be even tighter.

The Department of Labor’s consumer price index (CPI) rose 6.2 percent in October from a year ago, the sharpest surge since December 1990. The measure tracks how much price tags are changing on the typical goods and services that consumers purchase in their everyday lives — from clothing, grocery, apparel and utilities prices, to cars, gasoline, rents and dining out.

But no American purchases all items in the economy, nor do they all purchase the same basket of items. Meanwhile, other regions of the country have a different cost of living.

“Some Americans will have a higher inflation rate than the just-announced inflation rate because they’re spending more money on items that are inflated,” says Christine Benz, director of personal finance at Morningstar. “We are all experiencing [rising] CPI; it just depends on how we’re spending our money.”

Here’s how to estimate how much you’re being hit by higher inflation and how to mitigate the financial impact.

Calculate your personal inflation rate: Look at what you’re buying and compare that with price changes on individual items

If you’re hoping to calculate your own personal inflation rate, you’ll want to take a hard look at your finances. The closer you zoom in, the better.

Start by calculating where you’re spending most of your money. Does 20 percent of your monthly budget go toward dining out at restaurants? Do you purchase more meat at the grocery store than vegetables? Perhaps you commute to the office and fill up your gas tank at the end of every week.

Once you have a clearer picture of your monthly spending, you can compare that with individual price data from the Department of Labor. Experts recommend looking at inflation on a 12-month basis to squeeze out any month-to-month noise.

If you know that you buy a lot of pork, for example, you can see that the price of bacon has gone up 21.6 percent from a year ago, while pork chop prices have increased by nearly 24 percent.

Frequent shoppers can tell just how much more they’re likely paying on rising clothing costs. Women’s apparel prices have increased 3.7 percent, but outerwear has climbed even more — 8.4 percent. Meanwhile, men’s clothing has increased 6.3 percent from a year ago, with the biggest increases in men’s shirts and sweaters (7.6 percent).

What also matters is where you live. The Department of Labor releases regional inflation data, along with information about how much prices are climbing in cities.

The CPI for individuals who live in the Chicago metropolitan area, for example, has increased 5.3 percent from a year ago, less than the broader headline rate which tracks price increases for all urban consumers.

Calculating your exact inflation rate is extremely complicated, and you might not be able to extract the exact inflation rate you’re experiencing. But these estimates can provide you with something even more important: A general idea of how vulnerable your wallet is to galloping price pressures.

Your personal inflation rate could also change depending on the month. Admissions to sporting events, movies, theaters and concerts, for example, are up 6 percent from a year ago. Most Americans might not be purchasing those items on a recurring basis.

Some private-sector economists have developed their own inflation gauges, with a prominent example being the American Institute for Economic Research’s Everyday Price Index (EPI). That measure filters out the items that aren’t purchased on a frequent basis, such as cars, appliances or furniture.

The EPI index in October jumped 8.5 percent from a year ago, which was the fastest pace since September 2008, AIER found. The index has also posted gains for 11 consecutive months, according to the release.

“People are more sensitive to the increases on the things that they buy day in and day out — that’s the essence of EPI,” says Robert Hughes, senior research fellow at AIER. Gas prices are an example, he adds. “Generally, you’re at the gas pump at least once a week, so you’re very unhappy when you see gas prices go up sharply.”

Another option: The Federal Reserve Bank of Atlanta’s “myCPI” calculator gives consumers an idea of what their personal inflation rates are based on their age, how many individuals are in their household, how much money they earn, whether they rent or own and their level of educational attainment.

A tool from financial advisors at Candace Shira Associates gives consumers an inflation rate based on the percentage of money that goes to each line in their budget, from housing and food to clothing, transportation, medical care and education.

“There’s no doubt that everybody pays a different rate and everybody feels it differently,” Hughes says.

Where do you stash your money and have you gotten a raise? Both are important questions to measure how hard inflation hits you

Americans might not be so impacted by those price increases if they’ve received a raise, though an October survey from Bankrate showed that might be few and far between. More than half of workers (or 56 percent) report not having received a raise or finding a better-paying job over the past 12 months.

Another wrinkle: Most raises happen on an annual basis, while prices are rising monthly. One way of tracking wage and salary increases — the Department of Labor’s Employment Cost Index (ECI) — shows that worker pay hasn’t kept pace with inflation for most of the year.

Individuals living on a fixed-income, such as retirees, are in an even worse position when inflation climbs. The Social Security Administration announced in October that it was boosting its retirement check payouts 5.9 percent in 2022 because of higher inflation, the biggest increase in nearly 40 years, though October’s price increases soon eclipsed those gains.

“If your incomes do not go up at the same rate, you have a decrease in your purchasing power,” Satori Wealth’s Michael says. “Your money does not buy the same amount of goods and services that it did last year.”

Keeping too much cash stashed away in a bank might also mean you’re getting hit harder by inflation than others. The national average yield on a savings account is just 0.06 percent, meaning that money is doing little to no work for Americans to offset their decreasing purchasing power.

One benefit to being aware of your personal inflation rate: You can find ways to eliminate or replace any inflated items from your budget. Groceries and food are often the best way to start. Perhaps you can purchase more chicken, which is up 9.5 percent from a year ago and hasn’t soared as much as other meats as a substitute. You might also be able to hold off on buying pricier durable goods, such as furniture or appliances, if you don’t need them immediately.

“It’s about taking a look at the cost of goods and services that we’re buying and saying, ‘Here are things that I can do without,’” Michael says. That’s mainly about “reevaluating discretionary expenses, like clothes, entertainment, dining out and travel.”

Of course, experts point out that holding off on a purchase assumes that prices will eventually go back down. How transitory inflation will be is the ultimate question, with Fed policymakers seeing price pressures elevated through at least 2024.

Meanwhile, some Americans might not have much control of other items in their budgets that are inflated right now, including gasoline and utilities.

“You can turn down the heat and shop at Aldi, but you can only do so much in the face of rising costs,” Morningstar’s Benz says.

Experts say investing is the best way to put your money to work. If individuals are investing for the long haul, they might be able to get away with a higher asset allocation in riskier investments, such as stocks. Others might benefit from incorporating traditionally inflation-adjusted investments into their portfolios, such as Treasury-Inflation Protected Securities (TIPS).

Above all, experts say a diversified portfolio is the best hedge against inflation, and the period of higher price pressures shouldn’t change your strategy all that much.

If you’re a homeowner, you can free up cash by refinancing your mortgage, which could potentially shave hundreds of dollars (or more) off of your monthly payment, freeing up more room to invest and replace your lost purchasing power.

But above all, don’t let the thought of your money losing purchasing power in a bank keep you from saving for emergencies. In times of economic uncertainty, having a stash of cash to protect you during rainy days is even more important — and can give you a crucial peace of mind.