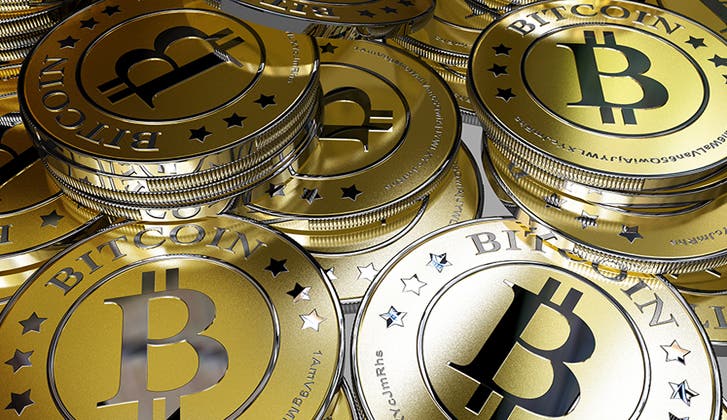 Bankrate diligently follows the ups and downs and developments of virtual currencies. Earlier this year, I bought some bitcoin so I could see for myself firsthand how it worked and track its movements.

After having bought, owned, spent and sold bitcoin, here are a few of my takeaways.

Bitcoin’s price volatility is unsettling. From the time I bought my first bitcoin to the day I sold it, the price of bitcoins jumped by nearly 25 percent and then fell as low as 45 percent from that high. That fluctuation makes it difficult to use bitcoin as a currency.

That also makes it a discomforting investment choice. The Financial Industry Regulatory Authority has released an investor alert to that effect. The bottom line is that it’s probably best to only invest money in bitcoin that you’re OK with losing.

Bitcoin is not anonymous. But at the same time, it can provide more privacy than paying with a credit card or other electronic payment. Like cash, you can transfer bitcoins from one person to another, or to a company, without attaching your name or other personal information to it. It creates a measure of pseudonymity.

Unlike cash, the bitcoin public ledger keeps a record of all transactions. If someone knows your bitcoin address, and you only use that address to make transactions, anyone can see your transaction history.

Buying bitcoin also has varying degrees of anonymity. When I bought bitcoin through LocalBitcoins, I didn’t have to share any personal information online. It was very close to a cash transaction. At the other end of the spectrum, I handed over my Facebook account, credit card information, phone number and email address to Tinkercoin to buy bitcoins through that company.

Bitcoin is not the shady underworld that some have reputed it to be. But, there are opportunities for scams and illicit transactions. Bitcoin’s reputation has suffered several blows, thanks to such news as the government’s crackdown on the online marketplace Silk Road, the arrest of one of bitcoin’s proponents on money laundering charges and the sudden shutdown of Mt. Gox. The U.S. Securities and Exchange Commission also has released a warning that bitcoin “does not have an established track record of credibility and trust” and could be ripe for scammers.

My limited experience with bitcoin was anything but shady. Instead, I encountered a number of people and businesses who wanted to help me learn about and transact in bitcoins.

Some illicit bitcoin sites do exist, such as online illegal drug and weapons markets that are the descendants of Silk Road, and Assassination Market, which uses bitcoin to crowdfund bounties for the murder of public officials. But there are many other sites and businesses that want to prove bitcoin is legitimate and viable.

Still, there are no guarantees when transferring bitcoins or working with bitcoin companies. For instance, when I sent bitcoin to a company to buy pizza, I had no way to ensure that my bitcoin would be used to buy my pizza. (My pizza did arrive as promised.)

Unlike credit card transactions, where you can dispute a purchase, bitcoin transactions are not reversible, so there is little recourse if someone improperly takes your bitcoins. Similarly, if you store your bitcoins with a company and that company goes under (see: Mt. Gox), you could similarly be out of luck.

Buying the things you need with bitcoins is not easy. A growing number of companies are now accepting bitcoins, but the network of businesses doing so is still small. I’m based in Bankrate’s North Palm Beach, Florida, office. Here, local vendors that accept bitcoins are fairly limited but do include a florist, car dealership, screen repair company and computer repair firm. Most have had none or only a few bitcoin sales. 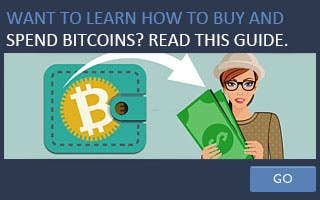 There are people who have successfully lived on bitcoins, including Forbes senior editor Kashmir Hill and a newlywed couple from Utah who have done a documentary of their bitcoin journey.

Bitcoin enthusiasts want you to also love bitcoins. Riley Alexander, co-founder of PizzaForCoins, says there’s “a lot to be desired in ease of use for the everyday consumer,” but says the Internet was also difficult to navigate when it first started. “People kept playing, kept building and we have arrived at something that’s so easy now that my 80-year-old grandparents go online, send emails and can figure things out,” he says. Bitcoin is not yet ready for his grandparents, but it’s getting there, he says.

As bitcoins become more mainstream, bitcoin companies will begin to act more like mainstream financial institutions. One of the benefits of bitcoins is that they are able to circumvent traditional systems and third-party intermediaries like banks. But, companies like Coinbase are acting very much like the banks of the bitcoin world.

“By introducing banks and third parties into bitcoin, it makes it more reliable and offers more consumer protections, but you do take away some of the benefits of the currency,” Hill says.

She says bitcoin users and companies are eager to show they are legitimate, so they act more like traditional financial institutions, working carefully to avoid breaking any laws or regulations.

Hill cited a recent example of a marijuana shop in Seattle that began accepting bitcoins through Coinbase. Coinbase shut the account down, saying that although pot is legal in Washington, it’s not legal nationally. That’s the same thing that many traditional banks have been saying to pot shops.

We will see more innovations and news coming from the bitcoin community. Even in the short time that I was doing this story, politicians began accepting campaign donations in bitcoin. Xapo, a bitcoin wallet company, announced it will soon introduce a debit card linked to users’ bitcoin wallets.

Bitcoin ATMs have begun to slowly spread across the U.S., and the financial industry has begun to study whether the traditional banking system could mimic bitcoin’s back end.