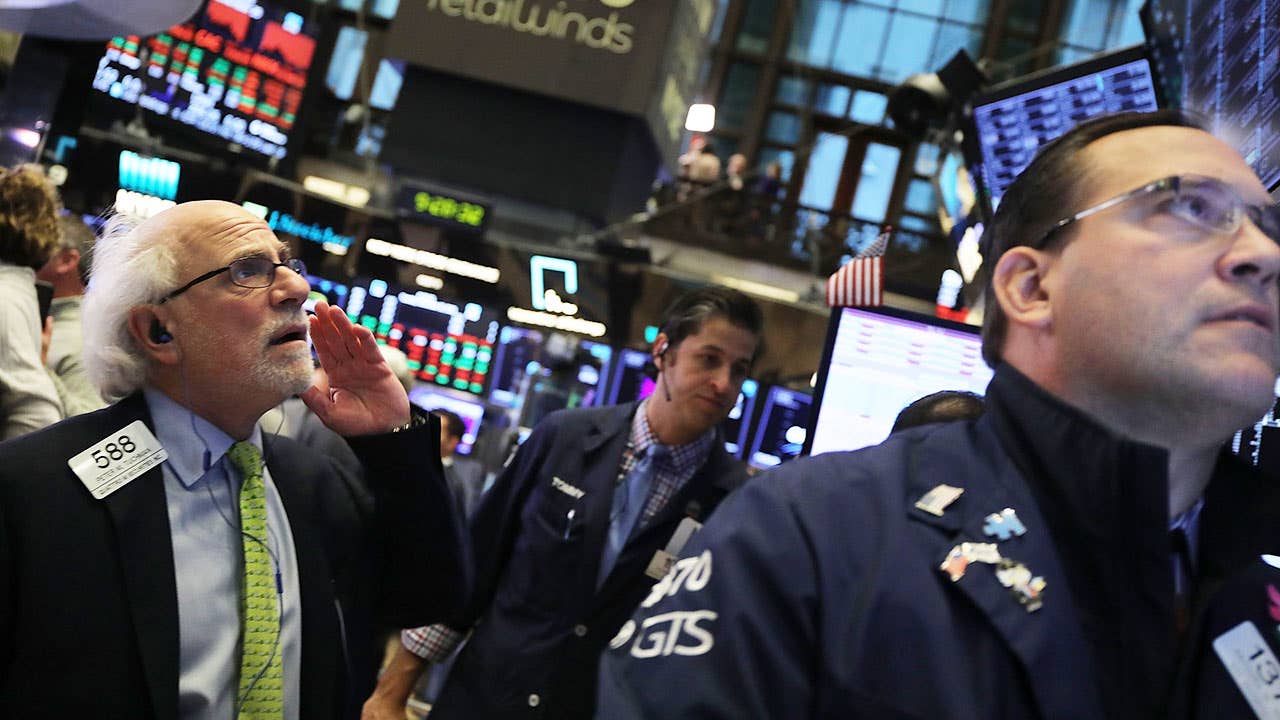 Today’s 600-point drop in the Dow Jones Industrial Average to start the week is scary if you’re heavily invested in the market. While volatility is a part of investing, falling share prices can still be stressful and cause anxiety. But a glass-half-full approach may mean there are some buying opportunities available.

Take a deep breath if you’re invested for the long term. And remember, the Dow fell to below 22,000 on Dec. 24, 2018. But even at one of its lowest points Monday morning, at around 25,342, it was still around 15 percent higher than that December low point.

1. Think about your time horizon

For the most part, your investments should be focused on long-term growth. Though there can be some exceptions, such as money earmarked to buy a home or funds for kids going to college soon, says Mark Hamrick, senior economic analyst and Washington bureau chief at Bankrate.

“The time horizon question really is key because we know that over the long-term the stock market basically outperforms all other asset classes,” Hamrick says. “But there can be some short-term pain that’s associated with the exposure that we’re all seeking in the equity market.”

If your time horizon is short, meaning you’re planning on using the money in less than a year, consider speaking to a financial professional to see whether your portfolio is balanced for your risk tolerance.

That isn’t to say that this is a time to sell your investments. But it’s at least worth asking yourself certain questions about your portfolio and your goals.

“‘Do you want to reduce or eliminate your exposure to stocks at this point for fear that there could be further downside?’ And that’s a very serious decision and it probably would warrant a conversation with a financial professional to perform some degree of due diligence to make sure that you’re taking a step which doesn’t end up damaging your longer-term prospects,” Hamrick says.

Investments in the stock market have enormous upside potential. But as of late, we’ve been reminded that there are also risks to investing.

For short-term money, a savings account, money market account or a short-term CD, may be appropriate for funds that need to be available for an important near-term event. The CD term will depend on when the money is needed. Currently, a shorter-term CD, of a one or two-year term, offers savers the chance to earn a competitive annual percentage yield (APY) while seeing what the Federal Reserve’s next move will be with rates.

The younger you are, thinking of retirement as a marathon and not a sprint can help ease the anxiety that stock market downsides bring. When you’re further away from retirement age, your portfolio is usually invested more in stocks than in bonds and other potentially less-volatile items.

As you get closer to retirement, your portfolio is usually reversed and more concentrated in conservative investments. This is why it’s usually advised to stay the course in the stock market when you have time on your side. Generally, investments in stocks should be to achieve longer-term goals, such as saving for retirement.

Liquidating because of a bad market day, or a sell-off, might not be in your best long-term interest.

This might not be the way everyone looks at a down market. While nobody knows where the bottom may be, it’s a good idea to at least do some research or talk to a financial professional to see if bargains exist.

“For some people who have a higher appetite for risk, it may well be that they actually want to consider investing more aggressively in the market now because some of these names are beaten up,” Hamrick says. “But that really is for somebody that has strong appetite for risk.”

If you’re considering purchasing on a down day, be aware that there could be more declines to weather, Hamrick says.
The recent declines in the Dow may be an indicator that the market is focusing more on value moving forward.

“And that’s been something that’s been harder to come by in recent times because there’s been such a premium that investors have been willing to pay for the perception of growth,” Hamrick says.

5. If you get out, returning will be challenging

In investing, it’s nearly impossible to time the market. It’s difficult to know when to get back in, if you decide to exit.

“And we know that a lot of people lost out on the opportunity of the gains that were seen after the market bottomed in 2009,” Hamrick says. “And so that’s the reality is that one hasn’t lost a thing until one sells.”

If you don’t sell any items, the only thing impacted was your balance sheet.

“You don’t suffer the decline in the market’s value until the moment comes where you actually pull the selling trigger,” Hamrick says. When it comes to investing, there are going to always be good times and tough times. Looking at the past decade, the Dow has soared to highs never seen before.

“The hope is that a few years down the road that this will just be an unpleasant memory that didn’t have any impact on one’s bottom line,” Hamrick says.