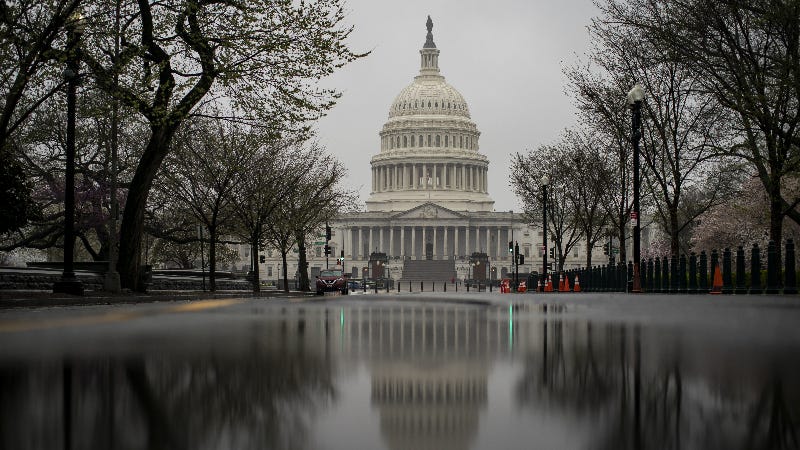 The STOCK Act prohibits lawmakers from trading on insider knowledge gained from their privileged position in the government. Under its provisions, legislators cannot use material non-public information – the kind they might receive in a briefing, for example – to profit in the trading markets.

With the recent news that a number of U.S. legislators sold their stocks following intelligence briefings on the novel coronavirus and avoided the market’s huge tumble, the public has since grown outraged. These lawmakers avoided heavy losses, and there is a great deal of debate about whether these moves were made due to their privileged positions on the Senate’s Intelligence Committee.

Among the more notable sellers was Senator Richard Burr and his wife, who sold between $628,000 and $1.7 million in stock on Feb. 13, days before the market recorded a series of declines, according to the New York Times. Burr claimed his sales were based on publicly available info, not insider knowledge.

Senator Dianne Feinstein and her husband also unloaded stock in a California-based biotech company between Jan. 31 and Feb. 18, according to the Times’ analysis of publicly available financial disclosures. Feinstein says the assets were in a blind trust and she was not involved in her husband’s financial decisions.

What is the STOCK Act?

The Stop Trading on Congressional Knowledge, or the STOCK Act, for short, was passed in 2012. Before this law, it was surprisingly legal for lawmakers to use such info for gain.

Congress created the STOCK Act to prevent the kind of activity from public servants alleged in the Senate’s coronavirus trading scandal and others. The law prohibits Congress and other Congressional staff, as well as the president, vice president and specific members of the executive branch from trading on material, non-public information they may discover as part of their job.

The law also covers appointed administrative law judges, the postmaster general and other high-ranking postal officials. The rules apply not only to the government officials but also to their spouses.

How the STOCK Act works

Authorities who are covered by the act must provide detailed financial information. This includes information about transactions in assets such as stocks, bonds, commodities, futures and other types of securities. They also must disclose the terms of a home mortgage as well as detail any financial transactions of more than $1,000 within 30 to 45 days of making them.

Lawmakers are required to report this financial information to the secretary of the Senate or the clerk of the House of Representatives.

In addition to the disclosure requirements, authorities covered under the law are not allowed to take part in an IPO that is not otherwise available to the general public. However, authorities need not report their holdings in widely held investment funds such as many mutual funds and ETFs as long as the fund is either publicly traded or widely diversified, or the specified individual holds no control over the financial interests in the fund.

The STOCK Act was amended in 2013, eliminating the provision that some officials no longer had to file their trading disclosures online and make them easily accessible to the public. This rule, however, does not apply to the president, vice president, Congress or candidates for Congress. In either case, officials must still declare their holdings. The stated rationale for the change was that criminals could access the information online and influence authorities.

If convicted of a felony violation of the STOCK Act, the president, vice president or an elected official could lose their retirement benefits.

The STOCK Act also prohibits certain government officials, including members of Congress and congressional employees from influencing an employment decision of any private company by making or withholding an official act or influencing another person to do so.

Violators of this portion of the STOCK Act can be hit with a fine or up to 15 years in prison, or both, including the possibility of being disqualified from holding public office.

The STOCK Act vs. existing insider trading laws: How they differ

Insider trading laws exist to prevent the insiders of a company – its officers and directors – from buying or selling the company’s stock based on their material, non-public information about the business. The idea is that insiders are supposed to serve the owners of the business, the investors. They’re not supposed to profit at the expense of the investors.

However, insider trading laws also apply to people who have been “tipped” by insiders with material, non-public information. Such “tippees” have the same duty to avoid trading on their information, even though they are not insiders of the company.

The STOCK Act brings Congress and the other specified government officials into this category of people who can no longer trade based on receiving material, non-public information.

The STOCK Act closed a gaping hole that allowed government officials to take advantage of their position at the expense of the public they’re tasked with serving. It helps align the interests of Congress and its constituents in an effort to avoid notable conflicts of interest.