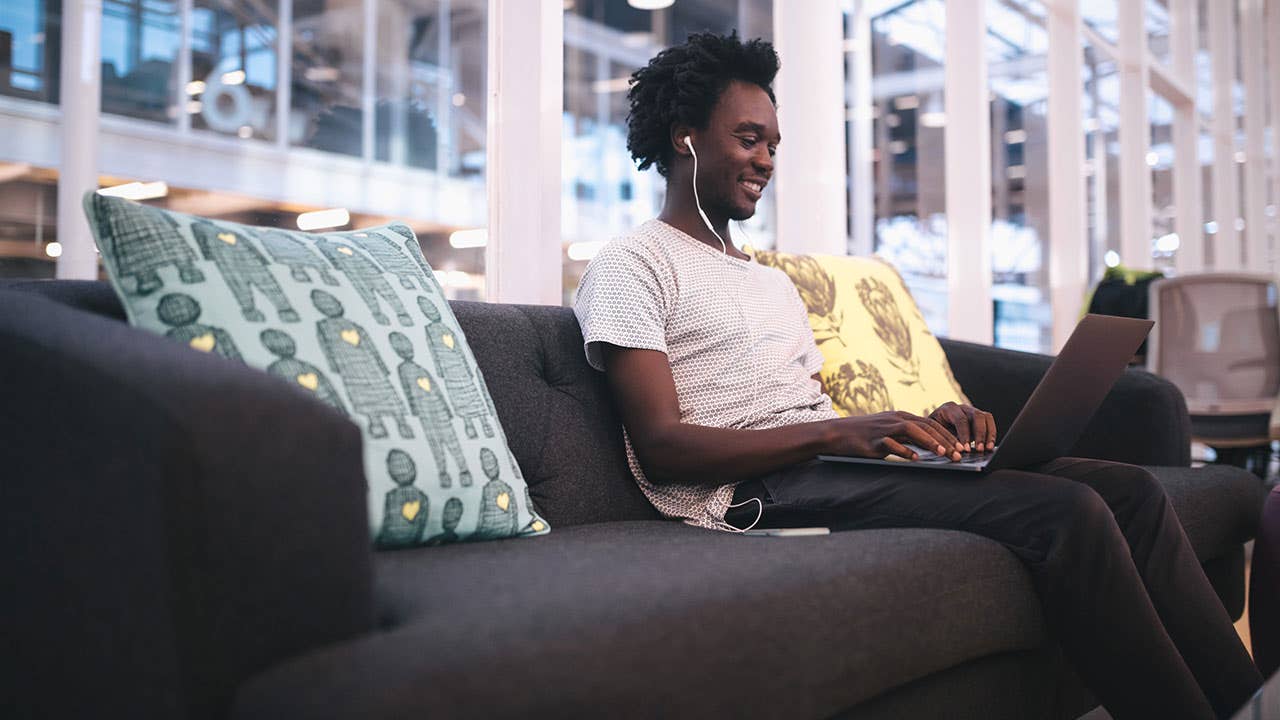 While traditional IRAs were first introduced in the mid-1970s, the Roth IRA made its debut in 1998, courtesy of the Taxpayer Relief Act of 1997.

In those days, the contribution limit for both types of IRAs was a modest $2,000 a year, though it gradually increased over the past 20 years.

What qualifies as earned income for an IRA?

Earned income consists of wages, salaries, tips, commissions, bonuses, union strike benefits and long-term disability benefits received prior to retirement. If you’re self-employed or own a business, your net profit counts as earned income. Net profit is calculated by subtracting expenses and taxes from revenues or income.

The IRS stipulates that the following sources of money are not earned income:

Your earnings and filing status may limit the amount of money you can contribute to a Roth. Some people who earn above a certain threshold may not contribute to a Roth at all. Married people who file separately and who live with their spouse at some point during the year are the most severely restricted. If their earnings exceed $10,000, they’re out of Roth IRA contribution luck. But let’s face it: If they earn less than that, they likely wouldn’t put money in a Roth IRA.

Here’s the breakdown showing the amount that can be contributed to a Roth IRA based on filing status and income:

What happens if you contribute to a Roth IRA even if you make too much money?

If you make a larger contribution or you exceed the income limits shown in the table and make a contribution anyway, it’s no big deal if you catch it in time.

“Technically what happens is you’ve now made excess contributions,” says David Littell, professor of retirement income at The American College of Financial Services. “If you contribute too much you are allowed to take them out before the due date of the tax return plus any tax extensions. If you had investment earnings, you are required to withdraw those as well and you would have to pay tax on the earnings. And if you fail to fix those excess contributions, you pay a 6 percent excise tax for each year that the excess stays in the plan.”

Married couples in households where only one person works can set up a spousal IRA. Essentially they can double the annual contribution limit, putting $6,000 in each of two separate IRA accounts. The IRS doesn’t care who earned the income, as long as the couple files a joint return and their earnings amount to at least $12,000. At the other end of the spectrum, their income can’t exceed the earnings limit for a Roth.

What makes the most sense – a regular IRA or a Roth IRA?

Younger persons are likely to be in a higher tax bracket later in their careers, so they are good candidates for a Roth, says Littell. “They’re both great tax vehicles. Don’t suffer too much over this question,” he says.

You can actually set up both types of IRAs and divide your contributions between the two, as long as you don’t exceed the annual IRA contribution limit of $6,000 ($7,000 if you’re 50 or older).

While you never have to take money out of a Roth, you also have the flexibility to get your money out any time you need it – with certain limitations.

“With a Roth you can take out your contributions first without any tax or penalty consequences,” says Littell. “If you want to withdraw more than that, it gets more complicated. If you’re under 59 ½, you have to pay taxes on earnings and you have to pay the 10 percent penalty.”

It also gets a little tricky if you do a Roth conversion. You have to wait five years to access that Roth money if you’re under age 59 ½ or you face a 10 percent penalty. “The reason for that is, otherwise anyone could convert to a Roth and take their money out and avoid the penalty.”

How much should you contribute to a Roth IRA?

Maximizing your retirement contributions so that you don’t run out of money in your old age makes sense if you can afford to do so, says Littell. “I don’t feel people should save more than they can afford because they end up building up credit card balances,” he says.

However, he adds, “Because this vehicle is so flexible, even if you’re not sure you could afford it, it makes sense to contribute to a Roth IRA since you have access to your contributions. Once it’s there, you’re more likely to save it for retirement.”

Since Roth IRA contribution limits will likely expand in future years, the opportunity to amass significant wealth increases over time as well.

Barbara Whelehan is a contributing writer for Bankrate. Barbara writes about a range of subjects, including homebuying, real estate, retirement, taxes and banking.