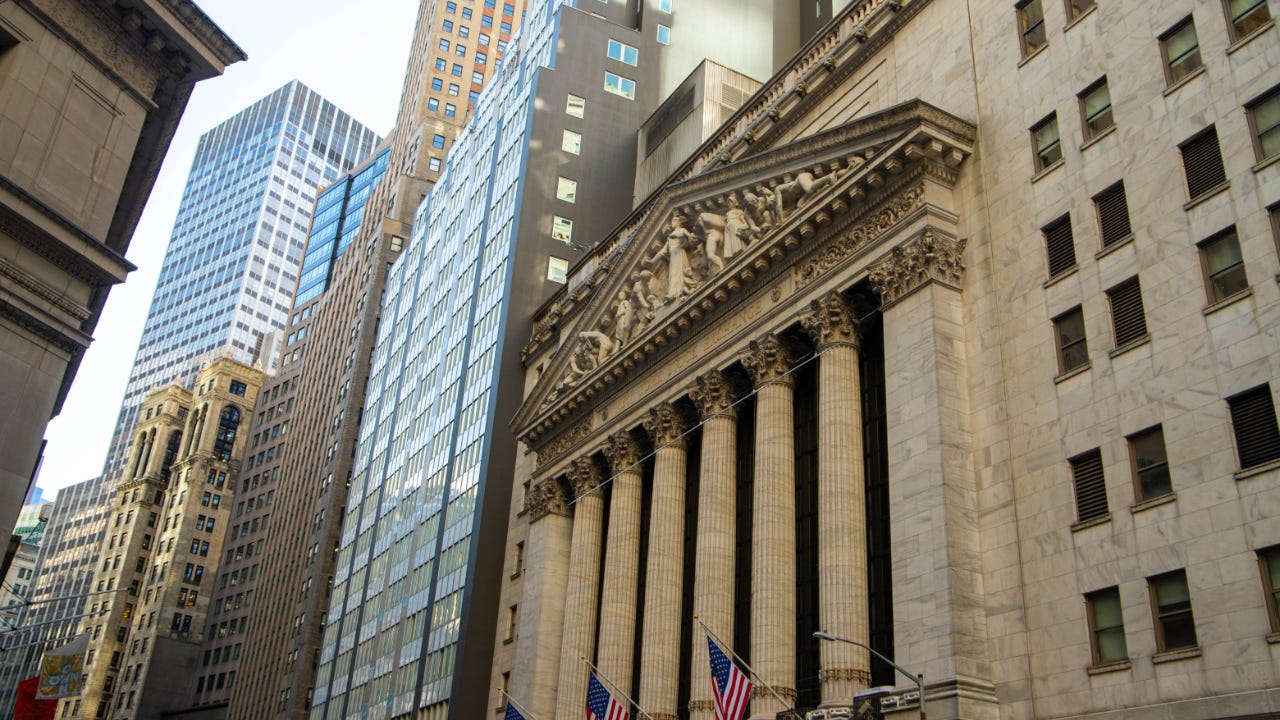 Wall Street banks provide a valuable service to businesses by connecting them to sources of cash to fund their expansion. While investment banks are rightfully blamed for enabling massive speculation – the housing boom and bust, for starters – they do the job of a middleman, connecting buyers of businesses with sellers, funders with fundees, etc.

While Wall Street has always seemed to profit from business “disruptors” that steal a company’s business by offering a better product or service, increasingly it’s the highly lucrative Wall Street banks themselves that are being disrupted. Suddenly it’s the “financial masters of the universe” who need to watch over their shoulder as new rivals chip away at their dominance.

Here are three ways that traditional Wall Street businesses are under attack.

Wall Street asset managers are being pummeled by fee compression, the persistent decline of fees for managing money. From 2009 to 2018, the average expense ratio on a stock mutual fund declined from 0.87 percent to 0.55 percent. Those earnings are very lucrative for these firms, because once they invest in the basic service – a mutual fund, for example – they can provide the same fund to the next client at little additional cost. That leads to a lot of profit as the fund grows.

There are numerous rivals who have been attacking this cash cow for years. Vanguard is one of the most well-known, and it’s amassed more than $5.2 trillion in assets under management as of January 2019. The fees on its mutual funds and ETFs sit at the low end of the market, often below 0.1 percent. In fact, its business mandate is to reduce costs and pass on the savings to investors.

Other traditional rivals have priced their funds aggressively, too. For example, Fidelity Investments has reduced fees on some of its larger mutual funds to 0 percent. In other words, the ongoing annual cost to investors to hold the fund is nothing.

It’s not only these traditional players but also upstarts such as robo-advisers that have been slashing costs and raising customers’ expectations for low fees. A typical robo-adviser such as Wealthfront, Betterment or Ellevest has priced its asset management services as low as 0.25 percent of assets annually. That’s incredibly cheap for the quality of services offered, including benefits such as tax-loss harvesting, automatic rebalancing and goal-based planning.

[READ: Check out the best robo-advisers]

If that’s not enough, low-cost brokerages such as Interactive Brokers have been hitting the banks’ trading revenues for years. More recently, Robinhood has gone one better, with no commissions at all. Add it all up, and rivals have been whittling away at Wall Street’s fees.

What it means for you: Lower fees with the same or even a higher level of service is a huge boon to consumers and investors. You can now get low-cost or even free asset management by owning a mutual fund or ETF. If you want someone to manage your portfolio, the cost for a standard robo-adviser is just 0.25 percent, or $2.50 annually for every $1,000 invested.

Big investment banks connect investors with companies, and the banks have used this privileged position for years to charge investors for access to the management teams of the companies they own stock in – hundreds of millions, according to the Wall Street Journal. In a typical bank-backed conference, asset managers hear presentations from executives or tour the company’s facilities and may even receive one-on-one access to a CEO.

But now five of the largest asset managers are seeking to change that sector and bypass the hefty fees. Fidelity Investments, Capital Group, Wellington Management, T. Rowe Price and Norway’s government fund are organizing their own conferences.

The driving force for these asset managers is the compression of fees for their funds. As the amount they can charge for funds declines, due to competition from upstarts such as robo-advisers, asset managers have to cut costs, too. So asset managers are doing an end-run around the big banks by setting up their own conferences.

Other big asset managers such as Blackrock have set up their own internal access teams for similar reasons, to trim the costs charged by the big investment banks.

If successful, the new conferences organized by asset managers could supplant the popular conferences run by big banks, forcing the banks to cut costs in other areas such as research.

What it means for you: In order to cut costs due to lower access fees, the big banks may cut back on research reports that they produce for investors, and that could mean the free research that you receive from your broker may slowly go away. However, investors are still benefiting hugely from the lower fees overall on popular products such as mutual funds and ETFs.

3. Companies are going public without the help of banks

One of the most lucrative business lines for Wall Street banks is the initial public offering, or IPO. IPOs get great press and prestige, and the banks can charge quite a bit for running them — around 4 to 7 percent of the money raised, according to consultancy PwC. But with the help of technology and a thriving world of private financing, would-be stock debutants may simply not need Wall Street banks as much as they used to.

A couple of high-profile stock debuts over the last couple of years – Slack and Spotify – were not IPOs at all, but rather direct listings. In a direct listing, a company does not raise cash from its debut, but its shares become available to trade on the exchange as company insiders decide that they want to sell them. Insiders place a sell order on the exchange, and a normal investor can buy them directly from an insider.

A direct listing is relatively simple, but this process cuts the middleman – the Wall Street bank – out of its lucrative stream of fees for underwriting and selling the new IPO.

A company might undertake a direct listing because it has no need to raise cash from outside investors. In other words, it can finance itself. In contrast, some of the biggest money-losing companies to hit the market were IPOs – including such big names as Uber and Lyft –  and they needed the big banks to sell shares to the public as they were burning too much cash.

What it means for you: To generate substantial interest in a new IPO, banks may hype the company to the sky, often leading to overinflated expectations and valuations. If companies can avoid this hype machine by using a direct listing, investors may be able to buy newly listed stocks for less. Also, by buying through a direct listing, investors aren’t stuck supporting an IPO process in which only well-positioned insiders at the big banks get access to the best stocks at the expense of others.

Competition has been heating up in all kinds of industries, but finance has been one of the last to feel the heat. But new digitally enabled upstarts and others who are fed up with Wall Street’s huge fees are attacking the stranglehold that the big banks have had on the industry for decades. The stronger competition is leading to lower fees – and that’s a great win for smaller investors.