Naming a trust as your IRA beneficiary 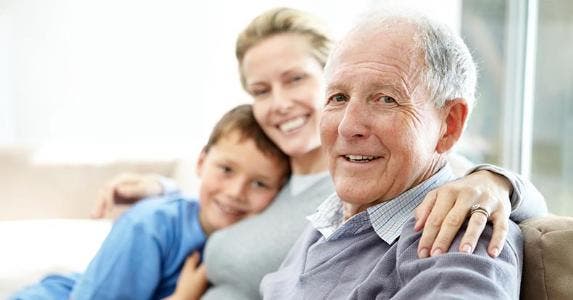 Trusts and individual retirement accounts are complicated. When they converge — for instance, when someone names a trust as a beneficiary to an IRA — things can go very wrong, and that can be very expensive.

“The first thing I tell clients to do is not to do it,” says attorney James Davis, a shareholder and practice leader at Gunster, a law firm headquartered in West Palm Beach, Florida.

“Trusts as beneficiaries of IRAs can be very complicated. If it is not done properly, immediate income tax consequences could result,” he says.

Still considering naming a trust as the beneficiary of your IRA? Here are some do’s and don’ts.

Thinking of naming a trust as your IRA’s primary beneficiary? Make sure you’re doing it for the right reason. Leaving an IRA to a trust will likely not make things easier or save on taxes.

“When someone asks me, ‘Should I name a trust as IRA beneficiary?’ I say, ‘Tell me why you think you should, and the first 2 reasons don’t count,” says Ed Slott, founder of Ed Slott and Company, an IRA education company, and author of several books, including “Fund Your Future: A Tax-Smart Savings Plan in Your 20s and 30s.”

There are some good reasons to leave IRA money to a trust: typically for the benefit of someone who can’t be trusted with the money. That might be a minor child, a spendthrift or the spouse of a 2nd marriage. In the last instance, a trust is often set up for those who want to leave enough money for the care of their spouse and then direct any remaining funds to go to their children after the spouse passes.

“Trusts should be used in their full capacity as a protector and should not be something that does more harm than simply leaving IRA money outright to a listed beneficiary,” says accountant M.D. Anderson, Arizona certified legal document preparer, founder of InheritedIRAHell.com and president of Financial Strategies, specializing in inherited IRA issues.

The trick, according to Anderson, is for trust preparers to insert proper IRA terms so the trust doesn’t become legal fiction or conflict with IRS rules.

Don’t trust the job to just anyone

Leaving an IRA to a trust is different from putting other assets into a trust after death.

“It’s an area where you need specialized expertise,” says Slott. “There is no fix for these mistakes, and they can be multimillion-dollar mistakes with a trust. The improper knowledge can wipe out the trust faster than if you just named the person as the beneficiary.”

The attorney setting up the trust should be very familiar with terminology specific to inherited IRAs. “Seek legal help that understands complicated inherited IRA terms applying to trusts such as ‘see through,’ ‘dropdown and out of trust procedure,’ ‘designated beneficiary,’ ‘disregarded beneficiaries,'” Anderson says.

“If your trust adviser can’t handle the proper definitions and explanations of just this short list of specialized terms, run,” he says.

Do be sure the trust beneficiaries are clearly people

When inheriting an IRA, one of the goals is to preserve the tax-advantaged status of the account for as long as possible. In order for the IRA to be distributed through a trust, the trust must have beneficiaries and they must be people.

“Not a charity,” says Davis. “The idea is that an IRA is a stream of untaxed income, and the objective generally is to defer taxation of income as long as one possibly can. In an IRA, when someone dies or they attain age 70 1/2, required minimum distributions must be taken out of the trust over the lifetime of the individual grantor of the trust, or on the death of the grantor, over the life expectancy of the designated beneficiary of the IRA.”

To preserve the ability to stretch the payment out over a long period of time, the trust has to have a beneficiary who is a person with a birthdate and life expectancy.

“So you actually look through the trust to the beneficiary of the trust and distribution is made, although to the trust, but over the life expectancy of the individual,” says Davis.

Don’t overlook the benefits of a spousal rollover

The age of the oldest beneficiary is used to set the life expectancy on which the required minimum distributions from the inherited IRA will be based. If a spouse is going to be the first beneficiary of IRA money, it can be more advantageous to younger heirs if the IRA is initially passed on as a spousal rollover. After the surviving spouse dies, it can be left to younger heirs, using their date of birth to set the amount of the distributions — which gives them a longer period over which distributions can be stretched. That preserves the tax benefit for as long as possible.

“For stretch IRA purposes, passing the IRA football behind you preserves the rules you have and places them in the hands of your surviving spouse. He or she can redetermine beneficiaries and again roll the IRA football at death generationally to children, even grandchildren,” says Anderson.

By using the spousal rollover option, couples can preserve the tax benefits of the account for generations.

“Smart estate-planning advisers use a cascading beneficiary system,” Anderson says. He suggests naming a spouse as the primary named beneficiary and the trust as a contingent beneficiary. This allows more flexibility, as the spouse can choose to roll over the assets or disclaim his or her position to the trust within 9 months.

“Use the trust as backup IRA quarterback. The surviving spouse will have the option to disclaim to a trust, as long as the trust is backup quarterback,” Anderson says.

People generally use trusts as IRA beneficiaries so they can defer distribution. Ideally, the distributions would be stretched over the beneficiary’s lifetime. Using separate trusts for each beneficiary can simplify things for everyone. “That way, each individual beneficiary can use his or her own age for the purposes of determining the required minimum distributions,” Davis says.

“Oftentimes, just as an aside, sometimes it is easy to split the IRA into multiple IRAs if you have multiple beneficiaries” rather than use a trust, Davis says.

Sometimes, the easiest solution is the best, and that may mean skipping a trust altogether.