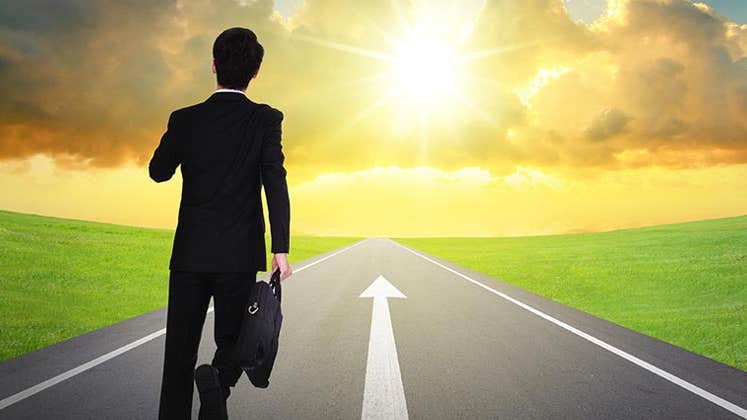 If you work at a company providing a 401(k) plan, it behooves you to understand your fund options. Most plans offer three types of investment alternatives: target-date mutual funds, actively managed mutual funds and index funds.

The funds you choose will depend on your investment philosophy, your risk tolerance and how much time you’re willing to spend on allocating your assets.

With target-date funds, you select the fund with the date closest to your planned retirement. Target-date funds are made up of other mutual funds — a combination of stock funds, bond funds and sometimes funds with alternative assets.

In addition, you likely have a choice of stock and bond funds that are indexed, meaning their holdings simply mimic a market benchmark such as the Standard & Poor’s 500 index. And you’ll also be able to select from funds that are actively managed, meaning the fund manager buys or sells stocks and bonds as he or she sees fit.

The idea behind target funds is that they will take a more aggressive stance in their early years, relying more heavily on stocks than bonds. And then the funds turn more conservative close to the target date, as the fund holders approach retirement. That means the fund investments shift to more bonds than stocks.

These are most appropriate for investment novices, who don’t have the time or inclination to greatly increase their expertise.

“For investors who don’t have knowledge and time, target-date funds are the best option, because you can be so hands-off,” says Christine Benz, director of personal finance for Morningstar, a Chicago-based investment research firm. “The problem is that not all target funds are good. You do need to do some due diligence before opting for it.”

During the stock market plunge of 2008-2009, some of the funds that were close to their target date were weighted heavily in equities and plunged — not a welcome development for fund holders hoping to retire soon.

To add to the confusion, different target-date funds with the same date can pursue vastly divergent investment strategies.

For instance, some target-date funds shift the mix of investments going up to the retirement date, while others invest through that date and into retirement years. The way the shift occurs is known as the fund’s glide path.

Plus, the study found that target-date funds with a looming retirement date showed more variability in their exposure to stocks. For instance, equities in funds with a target-date year of 2015 ranged from 25 percent to 78 percent. Target-date 2045 funds held a proportion of equities ranging from 80 percent to 100 percent.

“Target-date funds look like a mess,” says Mick Heyman, an independent financial adviser in San Diego. “They just throw everything in the hopper. It’s a mishmash. The ones I’ve looked at seemed like they had too much in them. And you won’t know for 30 years whether people will hit the target. I’d rather have control.”

A principal drawback of target-date funds is their one-size-fits-all approach. “It assumes everyone who has the same retirement has the same risk tolerance, which is dead wrong,” says Walt Woerheide, professor of investments at The American College in Bryn Mawr, Pennsylvania, which offers education and certification programs for individuals in the financial services industry. “For most people, asset allocation should be based on discussions with a financial planner.”

Using index or actively managed funds allows investors to make their own asset allocation decisions. Given that active managers generally underperform their indexes and that index funds are cheaper than actively managed ones, some advisers favor index funds.

Actively managed mutual funds in the large-cap blend category carry an average annual fee of 1.21 percent, compared with 0.57 percent for index mutual funds, according to Morningstar. Some index funds cost much less — in the 0.1 to 0.2 percent range.

Heyman recommends index funds for the large-capitalization stock portion of your portfolio, because most actively managed large-cap funds generate returns close to their index while charging a higher fee. “For small-cap and international choices, that’s where I’d use actively managed money,” he says. “You can get more value added there.”

Some advisers are extremely critical of actively managed funds for their underperformance and high fees. Woerheide places them last in desirability among the three options in a standard 401(k) account.

But Benz says it is possible to find funds that beat their indexes. She compares it to choosing a restaurant. “Just because the average restaurant isn’t that good doesn’t mean that you can’t select a good one.”

One point investors in actively managed funds should keep in mind is that there will be periods when the fund underperforms, Benz says. Often people sell their fund shares after a period of weak returns, just before the fund bounces back.

A strategy that some advisers recommend would be to use index funds as your core holdings, with larger amounts allocated to them. Then you might invest smaller amounts in actively managed funds to round out a diversified portfolio and enhance your chances of beating the index.

In a twist of this strategy, Heyman suggests investing in an index fund for the large-cap portion of your portfolio, and using actively managed funds for the small-cap and international portions. Read Bankrate’s story “How to choose mutual funds like a pro” to determine if the active funds in your 401(k) lineup are worthy of inclusion. Investing in a bond fund is a tricky issue right now, with yields near record lows.

Perhaps the biggest mistake investors make with the funds in their 401(k) account is trading them too much, financial advisers say. “A typical strategy is for someone to take a lot of small gains, and then one loss wipes out all the profit,” Heyman says.

Most advisers say that you should stick with your investment plan, taking time once a year or so to rebalance your portfolio to achieve your original target allocation to stocks and bonds.

Another problem among investors who choose actively managed and index funds, according to Benz: They often don’t “give enough attention to asset allocation. They don’t think about their age and number of years until retirement,” which should influence their fund choices, she says.

As you approach retirement, you should dial down your exposure to stocks and make capital preservation a priority.