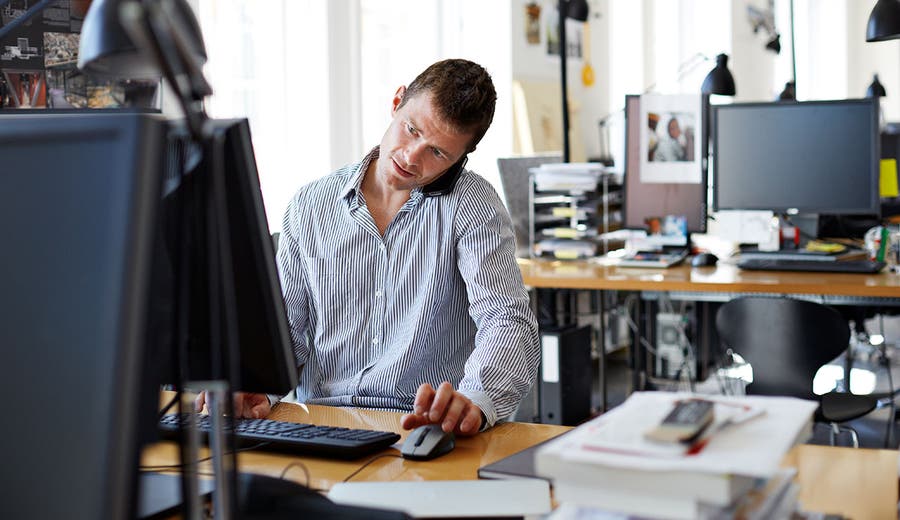 You know you want to purchase mutual funds to plan for your retirement or another big goal. But deciding where to go to buy mutual funds can feel dizzying.

First things first: Personal finance experts recommend buying the funds directly from the mutual fund company rather than through a brokerage account. Why? You’ll save money on fees. The exception, of course, is if that brokerage account is through the mutual fund company. For example: Buy Fidelity funds from Fidelity Investments and Vanguard funds from The Vanguard Group and so on.

Next, you’ll want to look for what kind of tools the broker makes available, what mutual funds are on its platform, what the broker charges, including early redemption fees, and other factors. On costs, expect to pay a higher expense ratio for actively managed accounts — which are managed by a person or a group of people who are picking the investments and trying to beat the market — versus an index fund, which is built to replicate the performance of a specific market.

Here are the best online brokers for mutual funds:

You won’t have to pay management fees on these zero-fee funds because the funds don’t charge fees. And all Fidelity funds have no transaction fees as long as you hold the fund at least 60 days.

The Boston-based retirement giant, which has long had a name in the mutual fund space, also offers more than 3,500 no-transaction-fee mutual funds. The other good news? Fidelity no longer requires a minimum for opening a brokerage account. Previously, it required you to put in $2,500.

Using the long-established broker, you’ll get access to a lot of research, screening tools and its namesake mutual funds, such as its iconic Magellan fund. You can also port in all of your financial accounts on its so-called full-view feature to understand all of your finances in one place, much as you might on a budgeting app like Mint.

Charles Schwab is credited for pioneering low-cost investing in the 1970s, and the company’s pricing remains competitive to this day.

However, the fee is steep if you move outside of those funds: You’ll pay up to $76 per purchase, though it typically charges $49.95. Like many rivals, Schwab does not require a minimum to open an account or get started.

The brand is applauded for its stellar customer service and its robust online brokerage platform that is brimming with research.

More precisely, E-Trade, which was founded in 1982, makes available more than 4,600 no-load, no-transaction fee mutual funds. That list includes more than 110 Vanguard funds, from one of the low-cost leaders in the space.

If moving outside of these no-transaction fee funds, E-Trade charges a $19.99 commission, a price that falls in the middle of its rivals.

At E-Trade, you’ll also have access to research and tools to help you make investment decisions.

(As of February 2020, Morgan Stanley has agreed to purchase E*Trade, and plans to operate the broker as a separate unit once the deal is finalized.)

Ally Invest is a lesser-known brand name, but don’t ignore it as a possibility.

As a company without branches, Ally focuses a lot of its attention on its digital experience. Ally Invest’s sister brand, Ally Bank, wins many accolades, including Kiplinger’s best internet bank in 2020. The company is also well regarded for its customer service.

Ally Invest, which was created out of Ally Financial’s purchase of TradeKing in 2016, offers access to more than 12,000 mutual funds. The commissions Ally Invest charges on mutual funds are considerably cheaper when compared to competitors. The platform charges $9.95 to buy and sell no-load mutual funds, while funds with a sales load can be bought and sold for as cheap as $0.

Formed in 1975, The Vanguard Group has long been celebrated for its low-cost index funds.

Its legendary founder, John C. Bogle, is credited with launching the first index fund for retail investors. That fund is now called the Vanguard 500 Index Fund.

As a Vanguard client, you won’t pay transaction fees for the 130 Vanguard mutual funds. The firm also offers more than 3,000 no-transaction-fee mutual funds for non-Vanguard funds. You’ll pay $8 to $20 per trade for the other funds available on its platform, though accounts with more than $1 million in Vanguard funds receive their first 25 trades for free.

Even though it is known for index investing, Vanguard also offers actively managed funds.

You may also want to consider accounts from TD Ameritrade, Merrill Edge and T. Rowe Price.