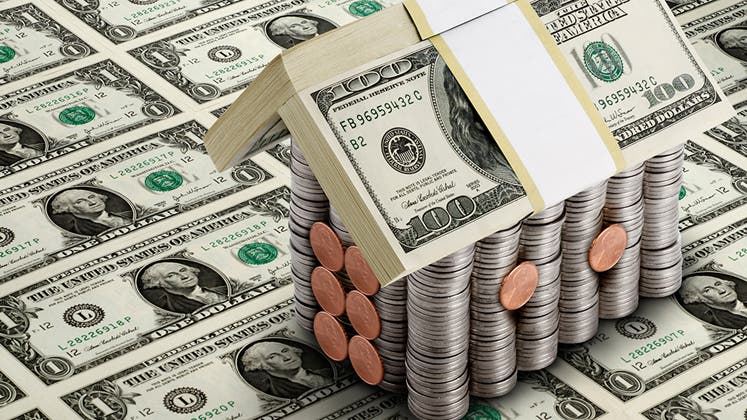 Nontraded real estate investment trusts, or REITs, have enjoyed a huge inflow of funds over the past few years, as investors seek lofty yields and diversification from stocks.

But many real estate investment experts frown upon nontraded REITs, saying their returns are subpar, their fees are high and they carry too much risk.

Unlike ordinary REITs, nontraded REITs, also known as non-listed REITs, don’t trade on stock exchanges. In fact, they barely trade at all.

But nontraded REITs generally have yields of 4 to 6 percent, compared with about 3 percent for traditional REITs. So perhaps it’s no surprise that non-listed REITs saw a record inflow of $19.6 billion in 2013 and $15.6 billion last year, according to Robert A. Stanger & Co., an investment bank involved in the industry.

Given the low interest rate environment, “when you can earn 4 to 6 percent for investing in real estate, that’s a strong attraction,” says Kevin Hogan, CEO of Investment Program Association, an advocacy group for non-listed REITs.

The securities also provide diversification beyond stocks and bonds, he says. “Portfolios should be diversified into non-correlated assets,” Hogan says. “Non-listed REITs are a way to do that.”

After these trusts gather investors’ money, they invest in real estate, with an aim of liquidating through sale of the real estate, a merger or through an initial public offering. The cycle for a non-listed REIT is generally seven to 10 years, though lately there’s been a trend toward two to three years.

Once the liquidity event occurs, investors can receive their money back, hopefully at a sizable premium to what they put into the REIT.

In a study conducted for The Wall Street Journal last year, Stanger found that for the approximately 30 non-listed REITs that have gone through their full cycle, investors who bought in at the midpoint of their offering period received an average annual total return of 8.4 percent, including dividends and fees.

While some non-listed REITs have outperformed their listed brethren, “as a rule, they don’t perform as well, and many investors buying nontraded REITs don’t understand them,” says Barry Vinocur, editor of REIT Zone Publications in Novato, California.

Then there are fees. The upfront cost can total up to 15 percent of your investment. That compares with the $10 or less you’d pay a discount broker for investing in publicly listed REITs. Your financial adviser or brokerage receives about half of the 15 percent, Vinocur says. The rest goes to the REIT sponsors and managers.

“That doesn’t mean your adviser is immoral, but you have to understand where the compensation comes from. What kind of ongoing service will your adviser provide for that fee? Will he keep you up to date on how the REIT is doing?”

One problem nontraded REITs face is that once they assemble their funds, they have to purchase real estate whether or not prices are attractive. “They might buy real estate at exactly the wrong time,” Vinocur says. “They don’t have a choice. They have to get to work, because they start paying dividends immediately.”

And, of course, nontraded REITs can’t guarantee what kind of market they will sell their real estate into, either. “If they invest in something that is viewed as valuable in the public market, they can achieve a good exit,” Aulabaugh says. “But it’s hard to time that.”

The result of paying high upfront fees and receiving higher dividends than for publicly traded REITs is that “what you get back — the total return — is in question,” he says.

On the dividend front, because non-listed REITs start paying dividends immediately, they may not even have invested their funds before making those payments. In that case, they pay dividends out of the capital they have raised.

“It’s not a Ponzi scheme, but it highlights the difficulties. When you return capital to support yield, the value of your investment is going down,” Vinocur says.

“Unless you know the money is coming from cash flow from operations, you might as well take $10, put it in a coffee jar and take money out each month. They don’t cover dividends for quite a while, if they ever cover them,” he says, meaning an REIT’s cash flow may not completely cover the dividend.

Then there is the issue of liquidity. Because non-listed REITs don’t trade publicly, it’s very difficult to unload your investment before the cycle is over. But the value of your investment is just as volatile as a publicly traded REIT, Vinocur notes.

For now, nontraded REIT sponsors don’t even have to tell you the REIT’s value until it’s liquidated, but that’s going to change with a new regulation approved by the Securities and Exchange Commission last year that takes effect in April 2016. The new rule requires non-listed REITs to provide valuation information to investors.

Another disadvantage of non-listed REITS is that “there isn’t a cadre of people watching them like there is for publicly listed REITs,” Vinocur says. Many brokerage and independent research firms have analysts devoted to following publicly traded REITs.

But “there’s not much information on specific nontraded REITs,” Vinocur says. “Unless you’re a green-eyeshade guy or gal, you’re probably not poring over financials.”

In addition, the sponsors hire outside advisers to manage the investments. “So there’s not as much incentive to watch expenses,” he says. “If you’re shopping with my credit card (rather than your own), how might you spend differently?”

What this boils down to is “a structure with conflicts of interest,” Aulabaugh says.

In any case, investing in nontraded REITs is not for the faint of heart, so think carefully before jumping into the fray.