Most of us have done it at some point in our adult lives: Made one (or more than one!) really bad financial decision — the kind of decision that, in hindsight, is so blatant we wonder how it ever happened.

There is the credit card debt kind of mistake that takes years to build. Or, there is the investment scam we sunk a big chunk of money into without fully vetting.

A bad financial decision also could be the result of a toxic relationship that sucks the joy out of life and the money from your bank account. While money mistakes can be costly, they also can be eye-openers. Here’s how six people describe their own bad financial decisions and what they’ve done to move forward.

Buried under a pile of debt 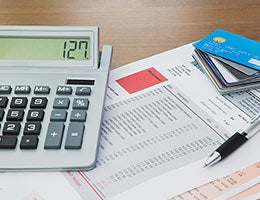 “When I was a carefree bachelor stationed in Germany, I lived life to the hilt. I traveled a lot. I went out a lot. I charged a lot.”

That’s how Jason Hull of Crowley, Texas, describes the time he had overseas in the U.S. Army. Returning to the U.S., he sold his car, bought a new one with cash, and used the rest to fully pay off his credit card debt.

But 18 months later and one semester into law school, he had amassed a five-figure credit card debt. A confession to his soon-to-be fiancee, who stuck by him, “gave me the impetus I needed to stop the madness and arrest the slide,” he says.

Now he helps others from making bad financial decisions. Hull is a practicing financial planner who is nearing completion of his Certified Financial Planner professional certification. “Few reliefs are as great as the feeling of having the burden of debt lifted from your shoulders,” he says.

An annuity that’s not all that 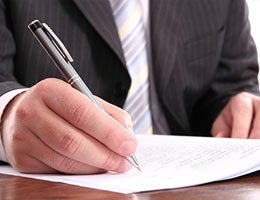 Joe Hewitt of Hewitt and Hewitt Mediators in Dallas has experienced investment losses, but one of his bad financial decisions was investing in an annuity that wound up being a scam.

At the time, he had a $50,000 annuity policy that he had borrowed $7,000 against. “A sweet young lady representing a major insurance company visited my office and told me she could sell me the same policy. It would cost the same per month, and I wouldn’t have to pay back the loan because her greater amount of interest would cover it,” he remembers.

On the appointed date, Hewitt would be able to collect the $50,000 in cash or roll it over as an annuity and get a monthly lifetime income.

Fast forward 20 years, and the insurance company indicated there would be nothing near $50,000 in value by the maturity date. It was not an annuity at all but a life insurance policy. While a class-action suit had been brought against the company, Hewitt was told he had received notice of it and didn’t opt in.

Sucked into a Ponzi scheme 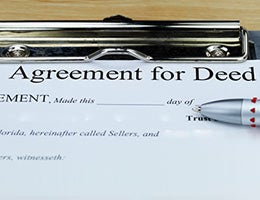 Aimee Elizabeth of Las Vegas made the mistake of investing in real estate, specifically trust deeds, in which a borrower is a property owner in need of cashing out part of the property’s equity, and traditional financing won’t work. Investors may own all or a portion of a trust deed.

After the housing bubble burst and real estate dropped in value to far less than the amount owed on the land, trust deed borrowers quit making payments and the agent of the business “started robbing Peter to pay Paul, and it turned into a giant Ponzi scheme,” Elizabeth says.

The trust deed business filed for bankruptcy and investors such as Elizabeth were out of luck. “I was extremely emotionally distressed at this error in my judgment,” says Elizabeth, author of “Poverty Sucks! How to Become a Self-Made Millionaire.”

The company that took over from the bankrupt loan servicer of the trust deeds even sued her. But she realized she was one of the lucky ones, as other investors were retirees who had made bad financial decisions and lost their nest eggs.

“I had only invested about 20 percent of my total net worth in this company,” she says. “I still had more than enough to pay my bills, and I have been working to earn back the lost money. It’s been almost seven years of stress.” 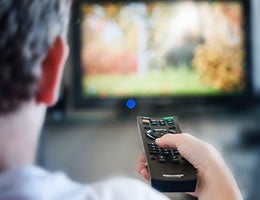 For Mike Pascale, an artist and writer in central California, the “most painful financial error in judgment was when I succumbed to one of those late-night TV infomercials for ‘real estate riches,'” he says.

His $8,000 investment on a real estate “investing program” left him feeling like an “easy mark” for a con artist. The program — sold over the phone along with promises of quick and easy riches and even a guarantee of at least making the initial investment back — was supposed to include a personalized expert guide.

It didn’t take long to realize the program materials weren’t worth the money, and the guide was obnoxious. He inquired about a refund. As it turns out, he had agreed to a 15 percent “service fee,” so he gave it another go with a new, nicer guide.

“But he wasn’t much help. Worst of all, I found out that I hate real estate and am just not wired for investing in it,” Pascale says. “At least I learned valuable lessons. Others have spent years legally trying to battle these unethical charlatans, spending as much on legal fees as they did on the scam. It was healthier for me to move on and focus on positive things.”

After a time, he says he did recover financially, “thanks mostly to my wonderful wife.”

Buying into ‘As seen on TV’ 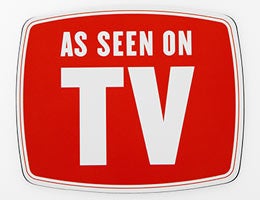 “When I made a relationship mistake back in 1990, I never dreamed it would define my financial future and haunt me for the rest of my life,” says LinDee Rochelle, a San Diego-based writer.

That mistake was quitting her job to join her then-boyfriend in a business venture: selling “as seen on TV” products. The business was in her name and all was well at first, “until he began spending the dollars, which were supposed to go back into products and living expenses, on drugs,” Rochelle says.

Rochelle isn’t a drug user herself, but she stayed with him longer than she should have. The relationship “influenced my financial decisions to the point that I lost everything,” she says.

She took on several low-paying jobs, including one that involved relocating for 12 years before returning to San Diego just as the recession began in late 2007.

“I was never able to recover or save for retirement,” she says. In hindsight, Rochelle recognizes the importance of having a backup plan and acknowledges that “relationships and financial decisions should be kept separate.”

In recovery, getting it write 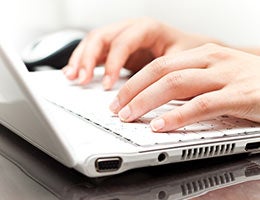 The year that Remy Chausse of Tustin, Calif., met her future spouse, she was earning $176,000 per year. The following year, her income dropped.

“This is because I ignored my instincts and ended up living in a hostile environment where I felt like I was constantly fighting for myself,” she says. “My natural optimistic and exuberant energy literally got sucked out of me.”

As part of her recovery, she wrote her first book, “Living Life as an Exclamation Point!” which led to a self-help program, “The Get UNstuck Breakthrough Course!”

She writes and speaks on overcoming invalidation to get “unstuck” and “live the life you’re meant to live.”

“The road to recovery has been long and hard,” she says. “But there’s nothing like helping others out of the same situation you’ve been in to aid in your own triumph.”