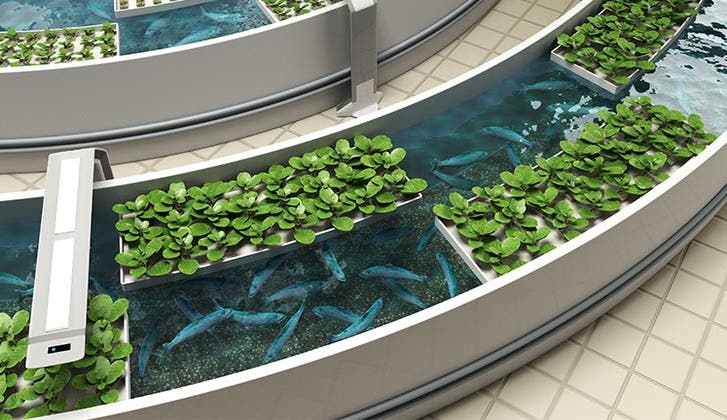 Last year’s devastating drought in the U.S. taught us a valuable lesson: Water isn’t as plentiful as we think.

Though water covers 70 percent of the globe’s surface, only 1 percent of it is usable. The rest is covered by salt water or locked up in glaciers high in the mountains.

And that 1 percent cache is rapidly dwindling worldwide, driven by population growth, industrialization and pollution that ruin fresh water. By 2030, our blue planet will face a 40 percent global shortfall in water supply, according to the World Economic Forum. In the U.S., at least 36 states are expecting water shortages in 2013, even without a drought, according to the U.S. Environmental Protection Agency.

No wonder some see a huge upside in water investments.

Nothing exists without water, says Neil Berlant, head of the water group at investment firm Crowell, Weedon & Co. in Los Angeles. Also, water demand is rising in manufacturing, electronics (in chips) and agriculture — where most water ends up. For those reasons, it’s always a good time to invest in water.

In the past, water was free to the public and didn’t have monetary value. But Berlant says water prices could double and triple over the next few years. “All the easy-to-get water has already been tapped,” he says.

For now, Steve Hoffmann, managing director of the investment advisory firm WaterTech Capital in Plano, Texas, says the global water industry amounts to $620 billion in revenues. But in the next 25 years, up to $25 trillion could be spent on global water and wastewater infrastructure expenses. The result is that water is a compelling long-term investment, he says.

Though there are 400 water-related companies globally, most are in the U.S. And some are set to profit from growth in water products, which can clean undrinkable water or deliver it more efficiently. Many companies also export their water-related products overseas, where demand is high.

Experts such as Berlant have carved out five high-growth niches within water investments that could be valuable parts of a diversified stock portfolio as these companies aim to improve the quality and usage of water.

All water requires treatment before drinking it, making this a high-growth area. One subsector within water stocks that’s especially appealing is desalination, which takes salt out of seawater, Berlant says. Currently, there are more than 7,500 desalination plants operating worldwide, mostly in the arid Middle East.

The portion of the water supply that has been desalinated is poised to notch 9.5 percent in growth annually this decade, reaching 54 billion cubic meters by 2020, according to Boston-based Lux Research. So desalination will be increasingly important.

“Though it still isn’t as cheap as drawing water out of a river, desalination is a substantial answer to water shortages,” Berlant says.

Many water pipes were laid 100 years ago, and about one-third of piped water leaks out, Berlant says. The U.S. will need to spend at least $500 billion over the next 20 years to replace this aging infrastructure, according to the EPA. Municipalities and for-profit utilities will bear the brunt of these costs. At the same time, some emerging countries are laying new systems to deliver clean water.

Infrastructure companies include pipe makers such as the Northwest Pipe Co. in Vancouver, Wash., and Mueller Water Products in Atlanta, which also makes hydrants and valves. Gorman-Rupp Co., a pump maker in Mansfield, Ohio, is another player in water investments.

Also, some exchange-traded funds track water indexes, such as the Palisades Water Indexes and the International Securities Exchange Water Index, which include some infrastructure and water treatment stocks.

The manufacture and sale of smart water meters that monitor and manage water usage is a fast-growing business. Eventually, there will be more meter use when more U.S. consumers are billed for water based on a meter reading just as they are for electricity consumption, Berlant says.

About 70 percent of all fresh water is channeled into agriculture for growing corn, wheat and other crops. So, the efficient delivery of water is very important, as water availability shrinks, Berlant says. “And the newer equipment is far more water-efficient.”

Two leading irrigation players are Valmont Industries Inc. and Lindsay Corp., both of Omaha, Neb. Hoffmann forecasts that agriculture irrigation revenues will grow by almost 20 percent annually over the next 10 years.

Companies with water rights also will prosper as water rates rise, Berlant says. So, listed farming companies such as J.G. Boswell Co. of Pasadena, Calif., and Limoneira Co. of Santa Paula, Calif., which own extensive farmland tracts with water rights, could see their values rise. For example, J.G. Boswell, the country’s largest cotton producer, owns 150,000 acres in California, along with lots of water rights.

Hoffmann says that for investors with deep pockets, private equity funds might make sense as they plow more money into water rights.

By 2016, private sector water investments eventually will account for 30 percent of investments in drinking water and wastewater compared to 19 percent now, according to the independent Global Water Fund consultancy.

For example, NGP Global Adaptation Partners, a private equity firm in Irving, Texas, whose parent firm, Natural Gas Partners, has $10.8 billion under management, has started investing in water. “We invest in water rights in the western U.S.,” says Jud Hill, an operating partner at NGP. “We buy farms and farmland, which have senior water rights.”

Hill says it’s a great time to invest in water as people rethink how they use water and how much they need. “We have a fixed amount of water and growing demand,” he says.