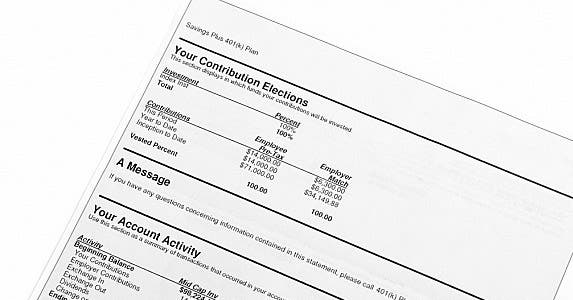 The graphs in this story break out the types of plan fees according to the “401k Averages Book,” which draws from a database of 182 products from 64 providers. The average account balance for each of the plans depicted is $50,000. Want to know what fees could be included in your plan? Read on to learn about the types of 401(k) fees people pay per year and how they vary from small to large plans.

Revenue-sharing fees are built into the expenses participants pay for mutual funds. Though they are bundled into the cost of investments, revenue-sharing fees pay service providers other than the investment manager. These fees sometimes offset administrative costs, with the remainder credited back to the plan. Other times they line the pockets of third parties with no fiduciary obligations to employees.

The net investment cost, according to the “401k Averages Book,” is the portion of the total investment cost that goes to the investment manager. Net investment cost is the one fee that doesn’t vary much among participants, regardless of whether they are in small or large plans. But plan participants can exert the most control over this cost. For instance, they can choose cheaper index funds that mimic the market rather than buy more expensive actively managed funds that attempt to beat it.

Record keeping covers fees charged for maintaining documents, paperwork and administrative duties. Record keepers are not necessarily fiduciaries to the plan. Annual fees for this service range from $5 for large plans up to $68 for small plans, on average.

Some fees, such as those charged for loans, are not included in the data from the “401k Averages Book.” The total includes investment costs, record keeping and administrative costs, document preparation, and trustee costs. Of all these costs, trustee costs are least expensive, ranging from nothing for large plans to $8 a year for small plans. Trustees from large plans sometimes get compensated from revenue-sharing fees, crediting any surplus back to the plan. They have authority over plan assets and typically serve as fiduciaries to the plan.

Most 401(k) plan participants have little control over the size of their company or the quality of the services offered by their retirement plan, both of which influence the price participants ultimately pay. Variables under participant control include the amount saved every month and their investments. Choosing low-cost index funds or ETFs could be a winning strategy over time.