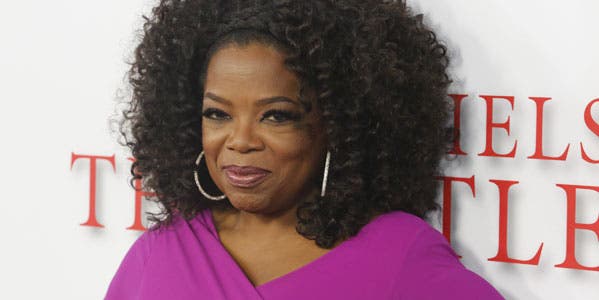 Want to be rich? Most of us do. But unless you stand to inherit your millions, you’ll have to work for it. Thankfully, getting into the right industry for creating wealth helps. This recent study by Spear’s and WealthInsight breaks it down by gender.

According to the study, the top industry for women is media — accounting for 15 percent of female millionaires — followed by financial services and investments.

While the latest Forbes list of the world’s richest individuals notes that 2014 is a banner year for wealthy women, they continue to lag behind men.

In 2014, 172 women ranked as billionaires worldwide, up from 138 in 2013. That’s still just over 10 percent of the total, but rarer still are the self-made women. Some of the more notable include media mogul Oprah Winfrey, Facebook COO Sheryl Sandberg and fashion tycoon Tory Burch.

Women still rule the so-called “softer” industries, including media, according to the study. The next-most dominant industry for female millionaires is financial services and investments, with 12 percent of them, but the category of retail, fashion and luxury also ranks high, with 10 percent of female millionaires.

Oliver Williams, an analyst at WealthInsight, said of the findings: “It has been a triumph of equality to see an ongoing increase in female millionaires globally, but what this ranking shows is where these female millionaires are making their money.”

Want more on how to become a millionaire? We asked a few wealth advisers around the country to give insights on the wealth-building habits of the rich.