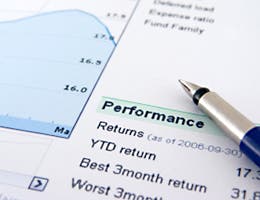 Women are generally more concerned about their financial security than men and more likely to save, yet they are just as willing to change their investment allocation to improve returns.

Their instinct is to save

They don’t adequately plan for retirement

They feel insecure about money

A Bank of America Merrill Lynch survey found that of the more than 11,500 respondents, 55 percent of women agree with the statement: “I know less than the average investor about financial markets and investing in general.” While only 27 percent of men agreed with the statement, the survey suggests that the sentiment does not necessarily correlate with investor competence.

They are nervous about the future

In the BlackRock survey, 52 percent of women formed opinions based on market volatility and economic uncertainty that led them to describe their financial outlook as “frustrated” or “pessimistic.” That compares with 43 percent of men who said the same.

Women “place greater emphasis than men on day-to-day financial planning and maintaining the household balance sheet — but this focus also seems to undercut engagement around longer-horizon activities such as retirement planning as well as investment,”  Sue Thompson, a managing director at BlackRock, said in a release.

Just about an equal number of male and female respondents in the Merrill Lynch survey said they are willing to make investment changes and take on some risk to improve returns.  “When you control for factors such as age and lifestyle goals, the risk-taking profiles of men and women aren’t all that different,” Michael Liersch, head of behavioral finance at Merrill Lynch Wealth Management, said in a release.

But “risk” is a word with many implications because the definition is personal and it likely depends on how the question is asked. The BlackRock survey, for example, found that both men and women investors are cautious. Only 22 percent of women and 34 percent of men say they are willing to take on higher risk for a bigger return.

Men and women approach debt differently. Read about how understanding those differences can help with financial planning.