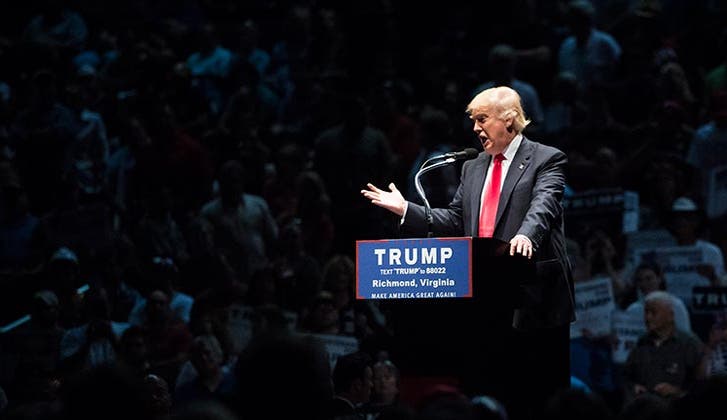 As Republicans gather in Cleveland, we don’t know a whole lot about where Donald Trump stands on housing issues.

We don’t know how he feels about the government’s role in mortgage financing, whether he supports measures to reform loan underwriting or even if he thinks owning a home is a good idea for most Americans. (Though we know that he certainly likes to own homes. He has several.)

The presumptive GOP presidential nominee has said very little about housing policy, and his campaign website sheds almost no light on the matter.

However, the Republican Party’s positions are about to become clearer as delegates vote on a party platform at the start of their national convention.

Of Fannie and Freddie

A draft of the platform obtained by Conservative Review suggests the GOP is looking to reduce the government’s role in the housing market. Similar to what they did 4 years ago, Republicans who crafted the draft platform seek to minimize the role of Fannie Mae and Freddie Mac, the giant mortgage finance companies that have been held in government conservatorship since the mortgage crisis.

In 2012, the party called for the companies to “be wound down in size and scope,” but not necessarily eliminated. Now, the GOP says the “utility of both agencies should be reconsidered.”

As for Trump, he hasn’t said how he feels about the future of Fannie and Freddie. Before his presidential run, though, Trump did suggest the companies’ failings led to the 2007-2008 financial crisis — a feeling shared by others in the party.

Malfeasance at Fannie Mae and Freddie Mac helped cause our current financial meltdown.

The proposed Republican platform does make clear that the party thinks reducing government’s role will help taxpayers in the long run. Here’s a key part of the draft platform as it relates to housing:

“Our goal is to advance homeownership while guarding against the abuses that led to the housing collapse. We must scale back the federal role in the housing market, promote responsibility on the part of borrowers and lenders, and avoid future taxpayer bailouts. Reforms should provide clear and prudent underwriting standards and guidelines on acceptable lending practices.”

The language is different, but the sentiment reflects portions of a failed Obama administration plan to shift the source of mortgage credit back to private markets — where it was prior to the housing crash and subsequent bailout of Fannie and Freddie.

The draft document suggests government, through sound public policies, can help reduce a “growing sense that our national standard of living will never be as high as it was in the past.”

To that end, the party thinks it can return “vigor” to the housing market by:

There are 2 areas of housing policy Trump has talked about: the popular tax deduction for mortgage interest and a U.S. Department of Housing and Urban Development regulation aimed at fighting housing discrimination. ‘s Affirmatively Furthering Fair Housing rule.

On his campaign website, Trump says he plans to make no changes to how mortgage interest deductions work today.

The HUD regulation’s name is a bit of a tongue twister: the Affirmatively Furthering Fair Housing rule. It requires communities that receive federal housing funds to look for racial bias in their housing patterns and publicly report the results. Communities also have to develop plans to reduce segregation over time or face potential financial penalties. Conservative media outlets have said Trump plans to kill the rule if he’s elected president.

“It’s urbanizing the suburbs and it’s taking away the rights of local communities through their own elected officials to determine how their community is made up,” Rob Astorino, the Westchester County, New York, executive, told The Daily Caller, after a meeting with Trump in June.

The regulation “threatens to undermine zoning laws in order to socially engineer every community in the country,” the proposed platform reads. “While the federal government has a legitimate role in enforcing non-discrimination laws, its regulation has nothing to do with proven or alleged discrimination and everything to do with hostility to the self-government of citizens.”
RATE SEARCH: Shop today for a mortgage.