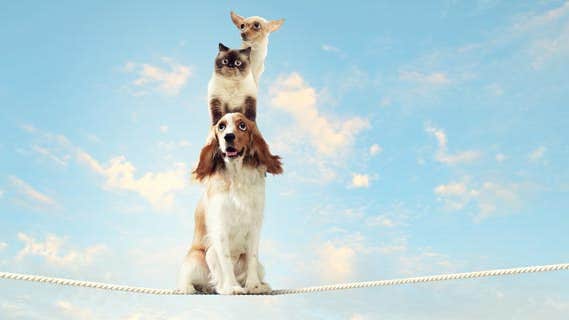 Diversification and asset allocation are important parts of an investment plan, of course. But, once that plan is in place, regular rebalancing will keep it in shape — at least, that’s the conventional wisdom.

A new study questions that wisdom.

Rebalancing involves selling assets that have done well and buying assets that have performed poorly. While it’s generally accepted as a good thing to do, in the short run, rebalancing can introduce more risk into a portfolio — particularly when the investing time frame is shorter than ten years, according to the study, “Rebalancing risk.”

“The basic story here is that there is an unappreciated risk that is under the radar screen. When the market is in a trending situation, you could think of during the financial crisis where you are dropping 50 percent, a rebalancing rule would have you buy on the way down,” says one of the study’s authors, Campbell R. Harvey, finance professor at The Fuqua School of Business at Duke University.

“So it’s also the case when the market is going up on a trend that you are selling. People need to understand that what that is does is magnify draw downs and reduce the gains on a sustained period of market positive momentum,” he says.

Most assets move back to an average return after trending up or down. But there are times when assets don’t behave as expected for a very long time. And buying more of an asset that’s on the way down for an extended period can lead to deeper losses than if the investor had simply done nothing.

The authors note that simply not rebalancing is usually not an option as the portfolio will eventually become overweight in one direction or another.

So, what can be done?

The problem is that there’s no way of knowing what will happen in the future. When will a trend stop? No one really knows, but there are strategies that attempt to ride trends to big returns, known generally as momentum investing. In the paper Harvey and his four co-authors from the AHL-Man Group in London make an interesting case for why adding a little bit of a momentum strategy to your portfolio can counteract the impact of wildly diverging asset classes. Those co-authors include Nick Granger, Doug Greenig, Sandy Rattray and David Zou.

But it’s a sophisticated trading strategy that is probably beyond what most people want to tackle in their free time.

“If you take this extra risk then that should be rewarded over the long term, but in the short-term, who knows what will happen?” he says.

Instead of rebalancing by calendar, for instance, at the end of the year or quarterly, take a look at market conditions before adjusting your asset allocation.

“The date is arbitrary. Mechanical rebalancing or at the end of the year can be improved upon by taking the current market conditions into account. It makes sense doesn’t it?” says Harvey.

How often do you rebalance your portfolio?