DOL to continue fiduciary fight in 2016 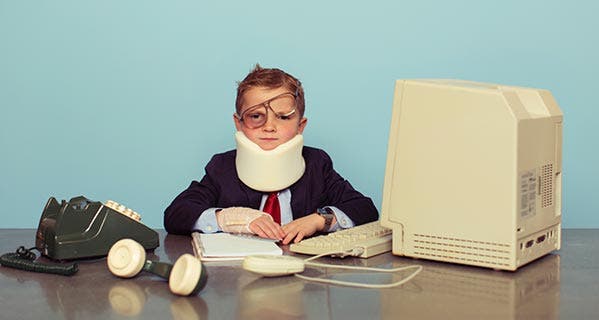 Last year was notable for many reasons, but people in the advice-giving business may remember 2015 as the year the fiduciary fight got real. The fiduciary standard put forward by the Department of Labor is extremely important for retirement investors, but few people seem to tune in to regulatory skirmishes for some reason.

People in the financial industry are unhappy with the rule that was proposed and are all waiting with bated breath for a resolution.

“The clock is ticking to get it done by the end of the Obama administration. The election could disrupt the rule-making process,” says Bob Dannhauser, CFA, head of capital markets policy for the CFA Institute.

Dannhauser expects that the Labor Department will take into consideration some of the more vociferous complaints voiced by the financial industry, but a wholesale change to the rule won’t be possible without starting over entirely.

“I think they will listen to that and reduce the complexity,” Dannhauser says.

What’s in store this year

Some of the criticisms against the DOL’s rule charge that less sophisticated investors will not be able to get advice because of regulatory constraints and compliance costs.

Dannhauser says he doesn’t see the reality of folks being completely unserved by the market, thanks to the proliferation of lower cost alternatives — namely robo-advisers. In fact, having advisers who must work in the best interest of clients may actually — surprise — be better for investors.

It puts advisers more squarely on their side rather than the side they are on now, he says.

But for advisers it would be a big change as the rules of the road would shift significantly.

“The fact that there is proposed to be a statutory or contractual legal obligation of serving clients’ best interests will alter the way advisers interact with clients. The specter of legally enforceable contracts that codify the best interests of investors will get counsels and advisers interested and nervous,” says Dannhauser.

“That is one of the legitimate complaints from forces massing against it: The compliance costs are significant,” he says.

A recent report by investment research company Morningstar showed that the cost of implementing the new rule could be much higher than originally estimated by the government.

This is from the story on Morningstar, written by Stephen Ellis and published Dec. 29:

… We think that investors and business analysts looking only at the more studied implementation costs of the rule are vastly underestimating the rule’s potential impact on the financial sector. Current government and financial industry reports have a high-end annual cost estimate of $1.1 billion, but even our low-end prohibited transaction revenue estimate, arrived at using Morningstar Direct data, is more than double that, at $2.4 billion.

But it’s not all bad news. Ellis posits that full-service wealth management firms could convert commission-based IRAs to fee-based, which could boost revenues in the industry by $13 billion.

What do you think? Are you concerned about how your relationship with your adviser could be affected?