Be an old hand at ‘new normals’

Stop waiting for the economy to return to normal. Factors such as the recession and tablet computers led to the disintegration of many of the old economic norms for good — no matter what happens to the stock market or gross domestic product.

As the “old normals” fade, they’re being replaced by what economists are calling the “new normals” — that is, new norms for working, spending and saving — no matter your age.

Learning what the new normals are and how to capitalize on them can bring you many happy returns financially, professionally and personally.

Here are five new normals that affect your finances and how to make them work for you.

Steer a veer in your career 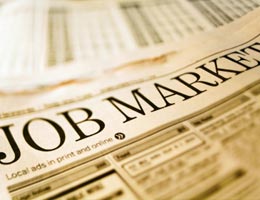 The old normal: You got a degree. You launched a career. Your career lasted until retirement.

The new normal: Careers have a shelf life shorter than sliced cheese. Recessions and technology mean many of you find yourselves outsourced, downsized or furloughed about 20 years before you can get cineplex senior discounts.

Solution: Try midcareer education and retraining. These days, the economy’s only constant is change — and change starts with you. If you’re forced to reinvent yourself, make sure you have at least the basic skills the market wants, says Laurence Shatkin, author of “2011 Career Plan.”

“If you don’t know how to do an Excel spreadsheet, this is the time to learn,” he says.

Don’t have a lot of time or money? To save on both, ask senior executives in the field you’re targeting which skills they most value. If you have your heart set on a specific company, find out which schools and training programs they target for recruiting.

Remember, knowledge is your key resource. A good place to start gathering it is the Department of Labor’s Occupational Information Network, where you can find a wealth of information on growth fields and their educational requirements.

Volatility is market’s stock in trade 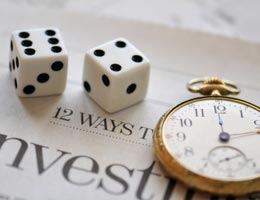 The old normal: You invested. Your investments grew. You relaxed.

The new normal: You invest. Your investments rise and fall like Disney’s Space Mountain ride, much like your blood pressure.

Solution: Stay focused on the long term. Richard Ferri, founder of Portfolio Solutions in Troy, Mich., and author of “All About Asset Allocation” says retirees getting adequate income, for instance, should not obsess on daily market swings when investing. “It doesn’t matter if the chickens have gotten a little skinny, as long as they’re still laying half-dozen eggs a day,” he says.

If wild swings still have your stomach churning while investing, go with your gut — within limits. For example, you could reduce your portfolio’s stock holdings by 10 percent with more conservative securities. “It won’t make that much difference to your portfolio, but you’ll sleep better at night and it may stop you from selling everything,” Ferri says.

Retirement funds: worth waiting for? 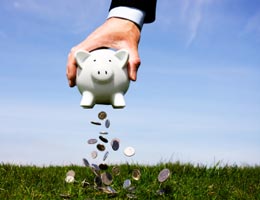 The old normal: Retirement money was as untouchable as Elliott Ness.

The new normal: Retirement funds get raided like a Chicago speakeasy.

Solution: Consider the total cost of cashing in early.

Rocker Bruce Springsteen wasn’t singing about 401(k) plans when he warbled, “You can’t walk away from the price you pay.” But he could’ve been.

In August, Fidelity Investments reported a 10-year high in workers making early withdrawals from 401(k)s and a record in folks taking 401(k) loans.

If you need your 401(k) as a lifeline, analyze why. Then, you can better anticipate future needs. ”When the money is gone from the plan, it’s not working for you,” says Beth McHugh, vice president of marketing insight for Fidelity Personal Work Place Investing.

Longer term, the price you pay is a diminished retirement. “You’re putting your retirement future at risk,” McHugh says.

A house is just a home 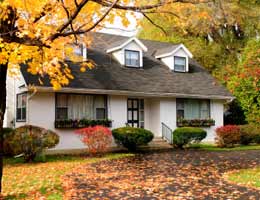 The old normal: People bought affordable houses to live in, and they built equity over time.

Solution: See “The old normal,” above.

Between 2006 and 2009, after a dizzying climb, U.S. home prices fell more than 32 percent, according to the Standard & Poor’s/Case-Shiller Home Price Indices. It turns out a house is just a home, not a cash machine. But that doesn’t make them bad investments. Just realize their primary purpose is shelter.

So while the housing market still is burdened by unstable prices and high foreclosures, it also means homes are much more affordable for middle-class buyers. Record-low mortgage rates help to keep your housing costs down.

If home values do rebound, don’t confuse your door key with a debit card. “Your house is not an ATM and should not be treated as such,” Pellman says. 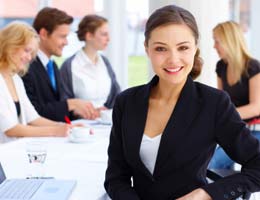 The new normal: Men don’t earn more, especially if the woman is young, urban and educated.

According to a new study by Reach Advisors, a New York consumer research firm, single, childless women in their 20s are out-earning their male counterparts in 39 of the 50 largest metro areas. They earn just as much in another eight.

So has the gender gap been bridged? Maybe not.

Another study, by the Institute for Women’s Policy Research in Washington, D.C., found that for all women, pay is just 77 cents on the dollar compared to men.

What’s the deal? James Chung, president of Reach Advisors, says the answer is a matter of degrees — literally. A college degree pays off in higher salaries over a working lifetime, and Reach research finds that women are far more likely than men to have one or more degrees.

“I don’t think our data necessarily proves that young women earn more than men in comparable fields,” Chung says. It’s that young women are “more likely than young men to have the educational requirements to enter the knowledge-based work force.” 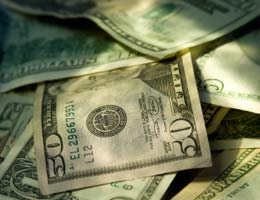 For more information on mortgages, retirement and investing, check out these stories at Bankrate.com.