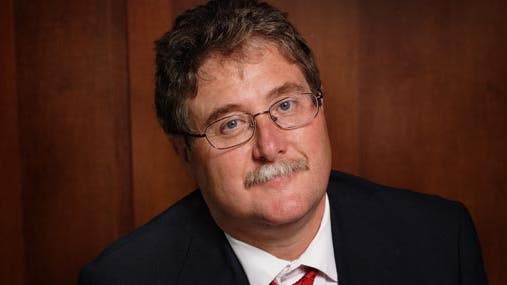 Most Americans avoid planning their funerals and instead leave the decisions to their loved ones. But making arrangements immediately after a death can be unnecessarily expensive because it’s such an emotional time.

“The unsuspecting consumer is setting himself up to be vulnerable to excessive spending on items and services that he doesn’t need or want,” declares Joshua Slocum, executive director of the Vermont-based Funeral Consumers Alliance, a not-for-profit consumer information and advocacy group.

“I just spoke with a woman who had asked for a very modest service for a loved one,” says Slocum. “She paid $7,000 for funeral services when what she really wanted should have cost her around $1,500. She was sold embalming, which she didn’t need, and the markup on the casket was excessive.

“She said to me, ‘We did everything we could to cut costs, and this is the best we could do.’

According to AARP, funeral and burial costs can easily reach as much as $10,000. The average cost of a traditional adult funeral in 1999 was $5,020 without any extras. Burial costs can add an extra $2,000 or more. Flowers, obituary notices, burial liners or vaults, limousines, acknowledgement cards — they all add up to a major expenditure.

“Funeral services are one of the largest purchases consumers will make, right up there with a car and a house,” explains Brenda Mack, a public affairs specialist with the Federal Trade Commission.

It’s important to take your time when deciding on the funeral service. Don’t let yourself be pressured into buying goods or services you don’t want, and then end up having to spend years paying off the funeral, says Mack.

Here are a few examples of what some funeral directors would rather you not know.

1. Shopping around for funeral services can save you thousands of dollars.

“Consumers need to apply the same level of savvy to funeral purchases as they would to anything else,” advises Slocum.

Don’t assume a funeral will cost the same just about anywhere. It’s not so.

“By federal law, funeral providers have to give consumers a general price list of all goods and services without the consumer having to ask for it,” notes Mack.

“As soon as a person tells a funeral director, ‘I want to talk about your services,’ the consumer must be handed a written list of all goods and services offered by the funeral home and what they cost.”

Typically included would be costs for the initial conference, consultations, paperwork and overhead. This fee, called a “nondeclinable fee,” is added to the total cost of the funeral. There is wide variation in pricing of the nondeclinable fee, cautions FCA’s Slocum.

The general price list should also include cost of transportation of the body, care of the body (including embalming), and use of the funeral home for viewing, wake, visitation and funeral or memorial ceremony. Alternative arrangements such as cremation and optional services such as flowers, placing an obituary and obtaining a death certificate should also be listed on the general price list.

Use the price list and shop among funeral providers to find the most reasonably priced service, advises Mack.

The AARP recommends obtaining price lists by phone or in person from at least three funeral homes before making a selection.

2. Funeral directors are not clergy.

Funeral directors are business people. They are not ministers, but people often treat them as quasi-clergy, notes Slocum. “This is a mistake. Consumers tend to trust them implicitly and believe everything they say. Remember, funeral homes are in business to make money.”

Check out the funeral home before you arrange services through them, advises Diana Evans, bureau chief of funeral and cemetery services for the Florida Department of Financial Services.

“You want to be sure you go to somebody who is licensed and has a good reputation in the community. Ask for recommendations from your friends or your rabbi or priest. Even go to a funeral and see how professionally they conduct their business,” she says.

Call and speak with a funeral director before visiting, suggests David Walkinshaw, a spokesman for the National Funeral Director’s Association and operator of Saville and Gannon Funeral Home in Arlington, Mass.

“Usually within a few minutes of talking to a funeral director, you can get a feel for who they are. You can hear professionalism. Make sure you’re comfortable and, if not, call somebody else.”

3. Embalming is rarely required when the person will be buried within 24 to 48 hours.

The United States and Canada are the only countries in the world that routinely embalm their dead. Embalming is not a matter of protecting the public health, as some unscrupulous morticians would have you believe, says Slocum. The Centers for Disease Control has consistently shown that embalming does not serve any public health purpose.

“Refrigeration is almost always a legal alternative,” urges Slocum, who says it’s just as good if not better than embalming.

Funeral directors routinely refuse to have a public viewing without embalming, but it is not a legal requirement except in Minnesota.

Know your rights, advises Slocum. If the funeral home insists, ask for a private viewing without embalming.

4. Seeing your loved one prior to burial without the benefit of embalming will not leave you with unresolved grief issues.

“This is a myth,” notes Slocum. “There are no objective studies that bear this out. Embalming is an incredibly invasive process — there’s nothing gentle about it. It’s strictly a temporary cosmetic and preservative process.”

“If more people knew what embalming entailed, they would not choose to do it,” says Slocum.

But the idea that a casket can protect or preserve the body is “absolute rubbish.” Sealer vaults likewise offer no advantage except to the income of the funeral director, he says.

6. A funeral provider may not refuse or charge a fee to handle a casket you bought elsewhere.

The casket is the single most expensive item in a traditional funeral. In a 1996 survey, the AARP found the average price of a casket to be $1,658.

Traditionally, caskets were sold only by funeral homes, but today cemeteries and retailers sell caskets. You can even purchase one on the Internet. You can also use a family built one if you choose. Caskets are available in many styles and prices and can be made from metal, wood, fiberglass or plastic.

According to the federal “Funeral Rule,” it is illegal for a funeral home to charge a “handling fee” if you wish to bring in your own casket from an outside source.

Since a casket is one of the largest expenses of a funeral, reduce your expenses by shopping around.

To discourage customers from choosing less expensive caskets, low-end merchandise is often ordered in ugly colors by funeral homes or is stored in an out of the way place, he says. If the price and basic design of a modest casket appeal to you, ask what other colors can be ordered. Usually a funeral home can get a more attractive replacement within hours.

8. You do not have to buy the whole bundle of services.

Many funeral providers offer various “packages” of commonly selected goods and services that make up a funeral.

“Consumers have the right to pick and choose which services they want without buying a whole package,” stresses Mack.

“You can tell the funeral director, ‘I want the first three but not the last two.’ In the past there was no way to unbundle the services, and consumers got soaked because they didn’t know any better,” she says.

9. You can plan and carry out many things on your own to honor your loved one without paying for services from a funeral home.

Having a memorial service at home, your church, a park or the community center is one way to save money, suggests Diana Evans. You could print memorial cards on your home computer, decorate the room with pictures or items suggestive of your loved one, like fishing poles or needlepoint, and have friends and family tell stories about your loved one.

“It not only saves you money, it’s more personal,” she says.

The Funeral Consumers Alliance has 115 chapters in 46 states around the country. They used to be called funeral and memorial societies. These groups are run by volunteers and will have information on local funeral homes as well as price surveys that can assist the consumer in comparison-shopping for services.

The more active groups have also negotiated discounts with local funeral homes. To find a group in your area, check out this link to the directory of consumer groups across the nation.