What is a stock exchange and why should you care? 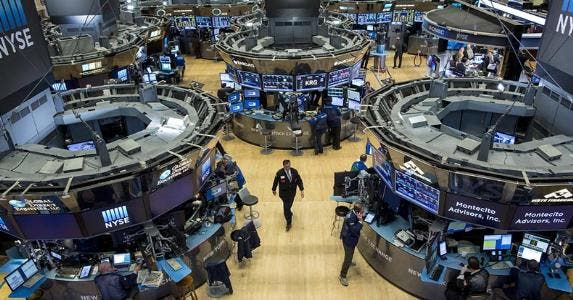 Like municipal water supplies, airports and Lindsay Lohan, we usually hear about stock exchanges only when something goes wrong. When the New York Stock Exchange unexpectedly shut down in July 2015 due to a software glitch, it made headlines nationwide.

But what is an exchange, really, and what are the consequences if one goes down?

What is a stock exchange, anyway?

Some older and more established exchanges also offer listing services to publicly traded companies. Being listed by a major exchange like the NYSE or Nasdaq can lend a company the legitimacy it needs to attract investors, says Onnig Dombalagian, George Denegre professor of law at Tulane University Law School and author of “Chasing the Tape: Information Law and Policy in Capital Markets.”

“One of the key services that the exchange provides is making sure that the company signs a listing agreement and abides by the standards of the exchange, including with respect to corporate governance,” Dombalagian says.

Once a company is listed, the exchange becomes the go-to place to trade the company’s stock, and publishes information on the volume and prices paid for shares. Exchanges play a crucial role in providing information on pricing and volume to investors worldwide.

When we think about exchanges, we might imagine a chaotic trading floor surrounded by glowing monitors where guys in rumpled business shirts are yelling “pork bellies” at each other at the top of their lungs and waving pieces of paper. But most trading nowadays is done behind the scenes, electronically.

As a result, trading has become much faster than it was in the days when floor trading dominated. Electronic trades from traders connected directly to exchange servers can execute in fractions of a second, and traders vie over who gets the fastest connections to quickly act on opportunities in the markets.

That also means that the same sorts of things that can shut down other computer systems — hackers, software glitches and users behaving badly — can harm stock exchanges.

In the case of the recent NYSE outage, a software glitch was the culprit.

“They put up some new code, and it didn’t work,” Blank says.

User error, especially when it comes to computer programs that some market participants allow to trade directly on their behalf, has been another sore spot, occasionally causing what have become known as “flash crashes.”

Many exchanges to choose from

Even as the NYSE remained closed while exchange personnel frantically tried to fix the most recent glitch, many were surprised to see NYSE-listed stocks still trading.

In fact, once a stock is listed, it can be traded anywhere, Dombalagian says, so trading of NYSE-listed stocks can continue anywhere from larger national exchanges like BATS and Nasdaq to smaller regional exchanges like the Boston Stock Exchange while the NYSE itself is down.

Then there are the private trading platforms, known as “dark pools,” where buyers’ and sellers’ identities are masked and huge blocks of shares are exchanged in secret.

“It’s generally a good thing that stocks trade in multiple venues,” Dombalagian says. “Think about 9/11; think about any kind of technical glitch, be it a power outage or something more systemic. It’s good to know that our system has that kind of resilience that trade can resume, if appropriate, on a market.”

Adding to that resilience, each exchange has to follow stringent security regulations to prevent lasting damage from attacks in the real world or in cyberspace, or from simple human error, Blank says.

“You must have a redundant system. That’s a regulation,” Blank says. “To get yourself certified under the SEC or CFTC (Commodity Futures Trading Commission) regulations, you must have a duplicate exchange.”

That means every trade, every participant, every bit of data that’s generated in the exchange has to be duplicated in another, separate data center in a different geographic location. In most cases, Blank says, that should be enough to avert a doomsday scenario where the markets are disrupted in a major way for an extended period of time.

For instance, BATS has a mirror of its New York-area trading hub located in Chicago, and has in the past run its entire exchange from the Chicago facility.

For more on how stock exchanges protect themselves from cyberattacks and other disruptions, check out Markets fight snafus in securities trading.