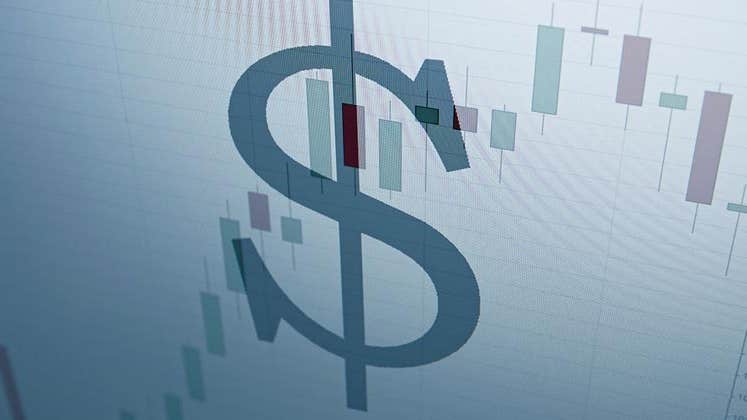 Are you dizzy yet? If so, you aren’t alone. Currency movements are often extremely volatile over short periods. So how does this volatility affect your investments, and what can you do about it?

Investments impacted by the value of the US dollar

Most investors who own foreign stocks and bonds do so through mutual funds and exchange-traded funds, or ETFs. So unless the funds hedge their currency exposure through the use of derivatives — and most don’t — a climbing dollar will lessen the value of the funds’ shares. 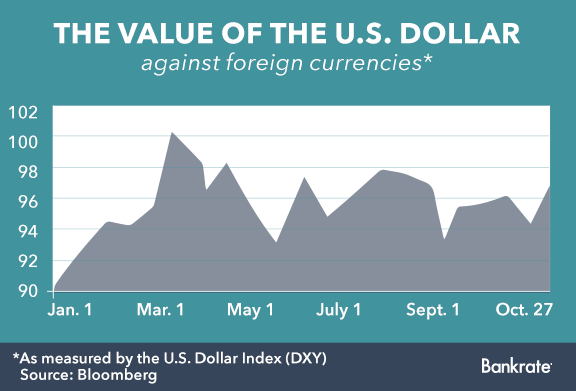 The dollar’s value has fluctuated in 2015. Above, the U.S. Dollar Index (DXY) measures the value of the dollar against the euro, Japanese yen, British pound, Canadian dollar, Swedish krona and Swiss franc. When the dollar value is higher, it rises against these foreign currencies; conversely, when the value is lower, it falls.

Don’t lose any sleep over it

But that doesn’t mean you have to keep yourself awake at night worrying about currency movements. When the dollar weakens, that will raise the value of your foreign stock and bond funds. And given the dollar’s tendency to move up and down over time, the impact of the currency’s movement on your fund values should just about balance out, investment experts say.

“Over the long term — 5 years or more — changes in currency don’t seem to make much of a difference, at least for people investing in developed markets,” says Hal Ratner, global head of research for Morningstar Investment Management.

As for the short term, “currency fluctuation can have an enormous impact, particularly on non-dollar investment-grade bonds that are now paying very low yields,” such as those in Europe, he says. In that case, you might want funds that hedge their currency exposure. But keep in mind that these funds will almost certainly entail higher fees than non-hedged funds. That’s because fund managers have to use derivatives to establish their hedges, and those derivatives can be costly.

You can also speculate on currency movements by investing in funds that hold money market instruments of a particular currency. But given the foreign exchange market’s volatility and unpredictability, that’s not a very bright idea for most of us.

Legendary investor George Soros reportedly made $1 billion in 1 day betting against the British pound in September 1992, but you and I probably have a better chance of losing our shirts. “The currency market is so volatile that people who try to time it don’t do very well,” says Taylor Gang, a wealth manager for Evensky & Katz/Foldes Financial Wealth Management in Coral Gables, Florida.

Meanwhile, those who own shares of U.S. blue chip multinational stocks like IBM, Coca-Cola and Microsoft may have been disappointed to learn that the strong dollar hurt their earnings earlier this year.

An ascending greenback whacks companies by making their exports more expensive in foreign currency terms and making their foreign revenue worth less when translated into dollars. But again, there will be times when the dollar is falling, thus helping lift corporate earnings.

And when the dollar is advancing, you might be able to buy shares of some strong companies on the cheap, because they are suffering from the currency’s strength, Gang says.