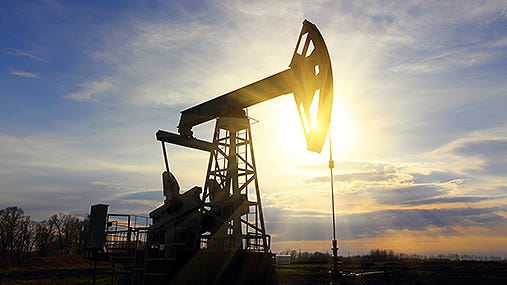 Energy stocks may be the right fuel for your portfolio this year.

Despite a lackluster showing last year, the sector is undervalued, is paying handsome dividends and is poised for long-term growth, some analysts say. For starters, global energy demand is rising as emerging markets gobble up more oil and natural gas to power rising economies.

Demand could double in China alone over the next few decades, says Robert Luna, CEO of Phoenix-based SureVest Capital Management.

Energy stocks also offer good inflation protection because the energy stocks and inflation tend to rise in tandem. “And energy is one of the cheaper sectors,” Luna says. “So, there’s stock appreciation potential, along with rising dividends.”

Here are five places to look for energy stocks, with varying risks. As always, do your research and consult your investment broker or counselor before buying.

The reason for these hefty dividends is that MLPs must distribute most of their income back to investors. The average yield for the 50 master limited partnerships that make up the bellwether Alerian MLP Index recently hovered at just less than 6 percent. And some MLPs pay much more. For example, Pioneer Southwest Energy Partners LP, an oil and gas producer in Irving, Texas, recently had a dividend yield of 8.4 percent.

The dividend yield is how much a company pays out each year divided by its share price, and is a measure of a stock’s return on investment.

Luna likes master limited partnerships that are pipeline operators such as Kinder Morgan Energy Partners, whose dividend yield was recently 5.7 percent. Pipeline companies are less dependent on the volatile spikes in oil and gas prices, he says. Exchange-traded funds also hold baskets of MLPs, and they can further diversify investor holdings. According to ETF Database, 15 ETFs currently fit into this category.

However, MLPs are not risk- or trouble-free. One thorny issue for investors is that MLP income distributions are reported via special K-1 reporting forms from the Internal Revenue Service. “This can be a real headache,” Luna says. However, ETFs that hold master limited partnerships have smoother tax reporting requirements, and you’ll only receive one 1099-Miscellaneous income form instead of a K-1 form.

Also, some MLPs are dicier than other MLPs. Avoid ones with especially high dividend yields, because they may actually be using borrowed capital to pump up results, and, because of that, may be riskier, Luna says.

Natural gas companies. In recent years, the U.S. has morphed into a natural gas powerhouse. And we’re now producing surpluses, which drive down prices and profits. However, supply should tighten later this year, says Karim Rahemtulla, investment director of Oil & Energy Daily.

And natural gas use could double in the next three to five years, Rahemtulla says. “Eventually, natural gas use will far exceed any other energy resource,” he says. An example of its potential is its increased use by power plants, which have begun to switch from coal to natural gas to harness cleaner energy.

Given current supply gluts, natural gas stocks are best for long-term investors, Rahemtulla says. He likes big players such as Chesapeake Energy Corp. in Oklahoma City, which is the second-largest natural gas producer. Encana Corp. of Calgary, Alberta, another pick, develops and produces natural gas in the U.S. and Canada. Its recent dividend yield was 4.1 percent. These stocks are trading well below their all-time highs and have strong cash flows to finance dividend increases and payments, Rahemtulla says.

Avoid ETFs that just focus on the natural gas industry, Rahemtulla says. These ETFs are usually based on risky derivatives, such as futures contracts, that are highly volatile.

Utilities. These stocks are tailor-made for dividend hunters, says John Graves, author of “Fracking: America’s Alternative Energy Revolution.” For example, the diversified energy holding company Exelon recently had a dividend yield of 5.8 percent. And New York-based Consolidated Edison Inc., which has raised its dividend every year since 1975, recently yielded 4 percent.

Rahemtulla agrees that utilities are a great way to play the energy sector. “People will only keep using more energy,” he says. When scouting out utility stocks, look for steady earnings growth and consistent dividend increases, he says.

Big oil and gas producers. Big oil companies such as ExxonMobil and Chevron Corp. have been trading at relatively modest prices. Yet, these companies are highly profitable and churn out lots of cash, Rahemtulla says. They’re also becoming more diversified as they snap up natural gas producers.

Chevron is also raising its gas production — a good sign that it will keep the profits flowing to fund future dividend increases. Chevron has raised its dividend for 25 consecutive years. ExxonMobil is tighter-fisted with payouts, so the dividend yield is only 2.6 percent, adding up to lower total returns that include stock appreciation as well as dividends, Luna says.

Alternative energy. Low natural gas prices have put the kabash on alternative energy sources such as solar and wind. At this point, solar energy stocks are overpriced and have more downsides than upsides, says Jason Stevens, director of energy equity and credit research at Morningstar. Also, dividend yields are nonexistent.

If solar energy doesn’t brighten your portfolio, there’s no shortage of other power players.