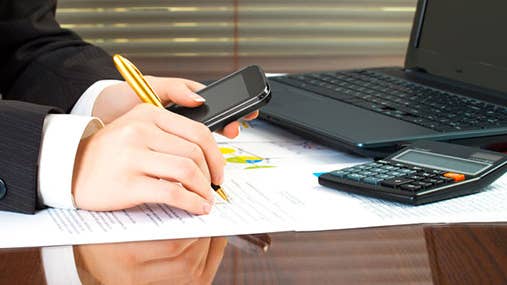 Looking for stocks with strong signals?

Maybe you should make the call on telecommunications stocks. The American addiction to small devices, such as tablet computers, wireless devices and cellphones, is translating into growing mobile data and video use. And there’s no end in sight, as new, stronger devices gobble up even more bandwidth.

The numbers are compelling. Wireless data traffic grew by a staggering 104 percent from mid-2011 to mid-2012, according to nonprofit wireless association CTIA. Wireless subscribers have steadily grown to more than 320 million, as they quickly add smartphones, tablets and other data-hungry wireless devices.

Not that telecom profits will be ringing off the hook. Wireless carriers are facing stiff headwinds such as nearly flat voice and message revenues. Also, carriers must have deep pockets since capital expenditures are high. U.S. wireless companies have spent $300 billion in the last 15 years alone building infrastructure, according to Chicago-based investment research firm Zacks Equity Research.

The telecom industry will get even more competitive this year, says Mandana Hormozi, portfolio manager of the Franklin Mutual Series Fund Inc. Mutual Beacon Fund. “So you need to pick your spots,” she says. “It’s a big sector.”

Here are the three places, with varying prospects, to start your search for the best telecom stocks.

Major carriers to dial into. Historically, the major U.S. carriers are defensive plays, given their high-dividend payouts and stable cash flows. However, growing wireless data consumption could add more oomph. U.S. wireless network usage is expected to grow 47.8 percent annually between 2012 and 2020, according to Fidelity telecom forecasts. But there’s a catch. Big investments are needed in their networks to handle more volume, so profits won’t be frothy, the Fidelity report says.

Still, dividend yields are healthy for these telecom stocks. Verizon and AT&T are among the top-paying dividend stocks in the Dow Jones industrial average. “These companies focus on shareholder returns,” says Chris Brown, chief investment officer of Pax World Funds in Boston. “The result is increased dividend payouts over time.”

Both AT&T and Verizon also have strong, stable businesses. Verizon, with 98 million U.S. customers, is the largest carrier. AT&T is in second place. “They’ll both have low single-digit revenue growth and could be good dividend plays, too,” Hormozi says.

Sprint Nextel Corp. lags behind. It doesn’t offer a dividend and was roiled by financial troubles in 2012. However, Sprint does look more promising this year after Japan’s SoftBank Corp. infused the company with $20 billion in October, analysts say. “Still, Sprint is losing market share,” Hormozi says.

There’s also limited competition because barriers to entry are high.

For example, American Tower, which is now a real estate investment trust, owns and operates 54,000 tower sites, including those in South America, Africa and India. “The company also signs long-term leases with carriers, which means predictable income flows,” Lowe says.

Still, investors could face sticker shock, since these stocks already have had strong runups in price. But mobile data growth isn’t slowing down, Lowe says. For example, SBA, the fastest growing of the three cellphone tower companies, can expect revenue to increase by more than 20 percent annually for the next two to three years, he says.

Put regional telecoms on hold. Companies such as Frontier Communications Corp. in Stamford, Conn.; Windstream Corp. in Little Rock, Ark.; and CenturyLink Inc. in Monroe, La., have carved out regional niches. But they’re the least attractive telecom plays, says Michael Hodel, a Chicago-based stock analyst at Morningstar. They have slowly declining revenues and are heavily exposed to the fixed-landline business rather than fast-growing data usage, he says.

Their main attraction: They dish out juicy dividends, averaging more than 6 percent. Of the three, CenturyLink’s 6 percent dividend is most secure, says Hodel, and the company is more diversified, having pushed into data hosting and other services.

Investors with greater risk appetites can look at Frontier Communications, which has been reducing its debt, Hodel says. Windstream is the least attractive regional telecom play because it has taken on lots of debt and made questionable acquisitions, he says.

Still, Brown says telecom is a defensive place to be while investors watch for more federal spending cuts that could have an effect on the economy.