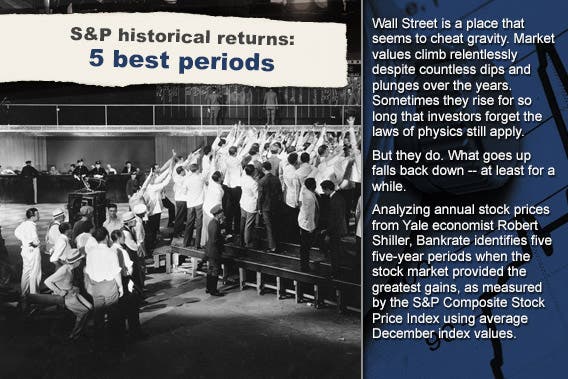 Wall Street is a place that seems to cheat gravity. Market values climb relentlessly despite countless dips and plunges over the years. Sometimes they rise for so long that investors forget the laws of physics still apply.

But they do. What goes up falls back down — at least for a while. 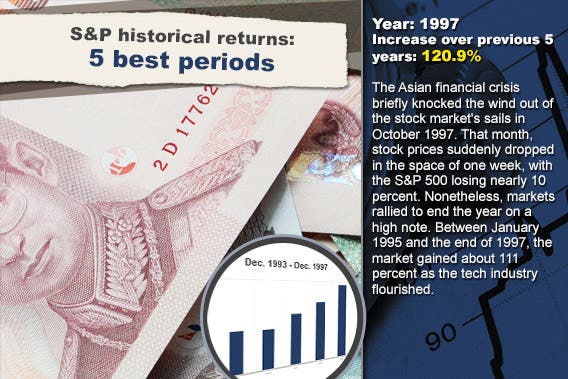 The Asian financial crisis briefly knocked the wind out of the stock market’s sails in October 1997. That month, stock prices suddenly dropped in the space of one week, with the S&P 500 losing nearly 10 percent. Nonetheless, markets rallied to end the year on a high note. Between January 1995 and the end of 1997, the market gained about 111 percent as the tech industry flourished. 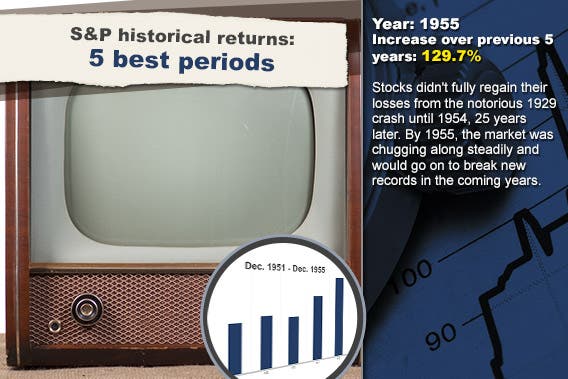 Stocks didn’t fully regain their losses from the notorious 1929 crash until 1954, 25 years later. By 1955, the market was chugging along steadily and would go on to break new records in the coming years. 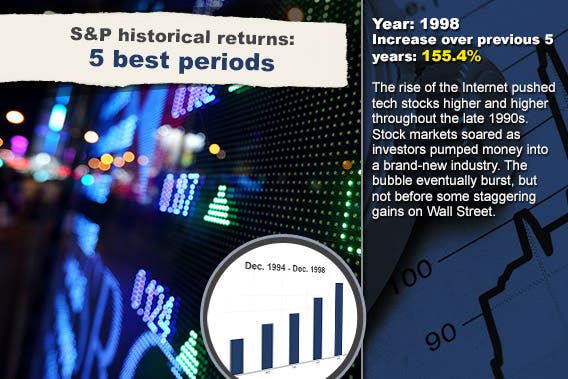 The rise of the Internet pushed tech stocks higher and higher throughout the late 1990s. Stock markets soared as investors pumped money into a brand new industry. The bubble eventually burst, but not before some staggering gains on Wall Street. 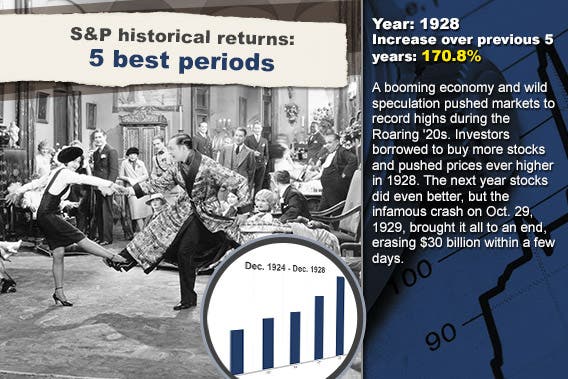 A booming economy and wild speculation pushed markets to record highs during the Roaring ’20s. Investors borrowed to buy more stocks and pushed prices ever higher in 1928. The next year stocks did even better, but the infamous crash on Oct. 29, 1929, brought it all to an end, erasing $30 billion within a few days. 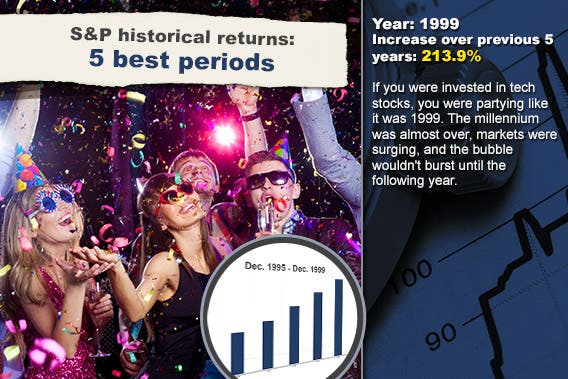 If you were invested in tech stocks, you were partying like it was 1999. The millennium was almost over, markets were surging, and the bubble wouldn’t burst until the following year.