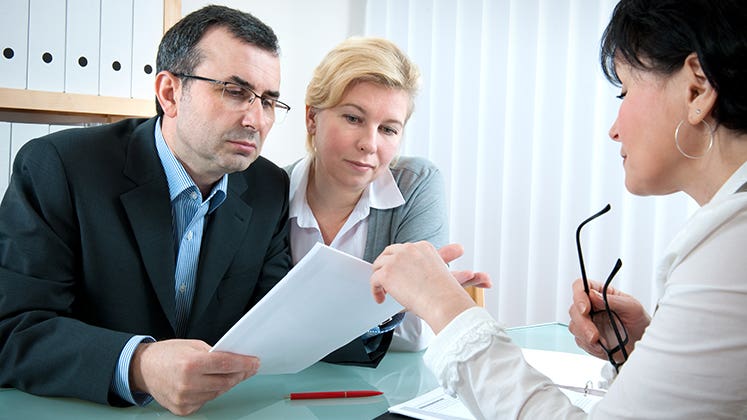 Imagine you’ve just left your job after 20 years and you’re undecided about what to do with your 401(k) money. Your broker or a call center representative at a big mutual fund company tells you that 401(k) fees will burn up your account. If you open a rollover IRA with them, you’ll get the best deal possible.

The customer service rep extols the virtues of opening a rollover IRA at his company: lower fees, no investment restrictions and all the investment advice you could ever want.

But it turns out that the rollover IRA may not always be in your best interest, and the investment advice you receive is biased in favor of the company you called. For example, the rep peddles his firm’s proprietary funds.

The Financial Industry Regulatory Authority, or FINRA, announced a crackdown on unscrupulous rollover IRA practices in late December. But it’s just one example of the bad advice retirement savers are subjected to.

As gambles go, an IRA rollover is not the riskiest bet for most investors. But it’s not always the best decision, and unbiased advice would help make that distinction.

The problem is there’s nothing illegal about brokers putting their interests ahead of those of their clients, even if they frame their sales tactics as investment advice. Of course, not all companies lie to get business, but the suitability standard under which stock brokers work requires that investors only be sold investments that are suitable for their individual circumstances. That loose standard enables brokers to recommend investments that are arguably suitable while also lucrative to their firm

When individuals don’t get unbiased information about their retirement portfolios, it can have negative consequences for their retirement. If lots of people get bad advice, it can have a negative impact on society. That’s why the Department of Labor is gunning for increased investor protections.

When is investment advice not really advice?

The rules governing advice in retirement accounts were written in 1974 in the Employee Retirement Income Security Act, or ERISA. The regulations protect participants of employee benefit plans. Just to set the stage, the 401(k) plan didn’t come along until the early 1980s and the Roth IRA debuted in the late 1990s.

ERISA was written specifically for the retirement world of the 1970s, and it requires that people advising retirement accounts meet a fiduciary standard, which means they must put the interest of a client ahead of their own.

“ERISA was written for the traditional pension plan world, to set the rules for someone who is managing someone else’s money. So it sets a very high fiduciary standard,” says Barbara Roper, director of investor protection at the Consumer Federation of America.

Today’s retirement plan participants aren’t paying big bucks to have someone manage their account, but they do need some guidance at key decision points.

The problem is that ERISA defines investment advice very narrowly. It’s so narrow, in fact, that most of the advice given to retirement investors with small accounts isn’t considered “investment advice” at all.

That means, says Roper, “The broker is free to put their interests ahead of the client and these are among the most vulnerable investors, most in need of making every dollar count. So there is a real issue there.”

In a nutshell, it’s a clunky anachronism, doesn’t apply to most retirement accounts and does not protect investors as well as it could or should.

The world has changed, but the rules are complex

Under ERISA, advisers and salespeople who deal with retirement plans have a lot of wiggle room to avoid being considered fiduciaries. And many overtly avoid meeting that standard. The fiduciary designation carries increased responsibilities and liabilities, and it’s not something that can be taken lightly. Not surprisingly, the investment industry was primed to fight against the Department of Labor when the agency first proposed tightening the rules in 2010.

They had a lot of ammunition. There were gray areas and ambiguities in the initial proposal. For instance, the proposed rule said investment education provided to 401(k) plan participants would not be considered investment advice, so providing educational materials would not promote the adviser’s duties to the fiduciary level. But it was unclear if educational materials given outside of those plans would be considered investment advice.

The 2010 rule also suggested that advisers of individual retirement accounts, or IRAs, could be subject to the expanded definition of fiduciary. Even though the traditional IRA sprung from ERISA, the law currently does not cover these accounts. It cast doubt on the ability of financial professionals to advise on IRAs, particularly advisers paid on commission. The cost and complexity of complying with the rules might have made it more trouble than it was worth for advisers to talk to people with small accounts, according to a letter to the DOL from the National Association of Insurance and Financial Advisors in response to the proposal.

People with small accounts generally aren’t lucrative sources of revenue for advisers, and advisers want to get paid somehow for their services, after all.

Critics are worried that these issues could pop up again in the yet-to-be-released rules. Overly stringent regulations could cause brokers to lose business, and investors could lose a valuable service.

“We are concerned that this rule will make it difficult for investors — that it will limit their options and limit their access to education,” says Lisa Bleier, managing director for public policy and advocacy at Securities Industry and Financial Markets Association, or SIFMA, a trade organization representing securities firms, banks and asset managers.

Also, most investors have limited options for receiving advice — they don’t have fancy-pants investment managers beating down their door to beg for their business. Working with advisers paid on commission “is the one shot at getting advice without higher fees,” says Cynthia Dash, COO at Matrix Financial Solutions.

After taking fire for their first swipe at the issue, and with plenty of feedback to take back to the drawing board, the DOL retreated and is planning to issue a new proposal in the future. Separately, the Securities and Exchange Commission, which was supposed to establish a fiduciary standard for broker-dealers after passage of the Dodd-Frank Act, put off its ruling as a “long-term action.”

The DOL is expected to release its proposal in August 2014. Before that happens, the agency has to fight off foes in the industry, as well as Congress. At the end of October, the U.S. House of Representatives passed a bill forbidding the DOL from issuing a new proposal on fiduciary standards until after the SEC issues a final rule for brokers and dealers. Though the President has said he would veto the bill if it landed on his desk, it’s going to be a contentious year for investor protections.

Who knows if investors will ever get strong protections from any government agency? Until it happens, understand that investment advice could be biased, so take it with a sprinkle of salt.