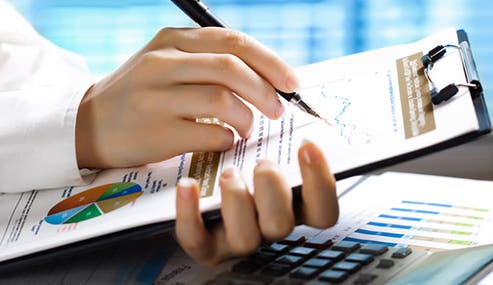 Found a good investment? You best hold onto it for the long run!

As stocks soar to record highs, everyone is wondering if and when the bottom will drop out — again. Stocks have plunged deeply several times in the past 15 years, and many people lie awake at night fearing another tumble could be around the corner.

But trying to guess where the markets are headed is a fool’s game, particularly for the average investor, says Richard Serlin, adjunct professor of personal finance at the University of Arizona’s John and Doris Norton School of Family and Consumer Sciences in Tucson.

In part two of a two-part interview, Serlin urges most people to “buy-and-hold” their way to financial security.

What sectors of the market are poised to outperform now?

I advise that laypeople never try to pick individual sectors or stocks. It takes a very high level of expertise to do this well, and it’s just way too risky for a layperson to mess with. Things could go horribly wrong.

Even for someone with a high level of expertise, you usually have to spend a great deal of time researching and analyzing to do this safely and well — time most people don’t have. A layperson should just stick to a super-diversified whole market index fund, like the Vanguard Total Stock Market index exchange-traded fund (VTI).

That said, as an expert myself … I weight more toward value and small stocks. I think there’s a lot of evidence that they have — and at least for a while, will have — better risk-adjusted returns.

Currently, no business sector really stands out to me. I have some concern with the market P-E (price-earnings) ratio getting high, but what’s the alternative? Bonds paying a zero, or negative, real return?

Plus, there are scenarios where the economy could recover strongly, depending on future fiscal or monetary stimulus. I’m hopeful for (incoming Federal Reserve chair Janet) Yellen. Fiscal stimulus, or increased high social return public investment, is impossible while the Republicans control the House. But that might end in 2014 or 2016, which would also end the constant series of manufactured crises and monkey wrenches.

Nonetheless, I’m looking for an exit place in case P-Es keep rising. Currently, all I can recommend is some residential and commercial real estate. There are some good deals to be had in some areas. But in other areas it’s overpriced; be careful.

Sometimes, if you’re good at dealing with banks, you can get a nice short sale. But run the numbers very carefully with a long-term, buy-and-hold mentality. Make sure the long-run, buy-and-hold return looks good relative to the risk. I keep my eyes open.

I talk about exiting the stock market for experts when P-E ratios get “too high,” but I really advocate long-term buy-and-hold for laypeople. Let it gather dust for decades.

It’s just that it takes some expertise to know when to leave and come back. And laypeople tend to do this very badly, fleeing when the market plunges and stocks are now a great value — like in the spring of 2009 — and piling in at the height of a bubble — like in 1999 — when they’re way overpriced.

It’s usually very profitable and safer for a layperson to just buy, hold and let it gather dust for decades.

Emerging markets have lost some steam recently. Are they a good buy, or are they still too expensive?

Like with single stocks, sectors, gold, and so many other things, this is something laypeople should not dabble in.

In fact, even though I have decades of education and study in finance and economics, I’ve never studied emerging markets well enough that I’ve been comfortable investing in them. There’s not a long stable empirical track record like there is with American and other advanced economy stocks.

There’s a lot to know, including expertise on the governments, corruption and protections, or lack thereof, for minority shareholders. It’s definitely too risky for laypeople. And for experts, I don’t have the specialized knowledge to offer an opinion.