Inflation is a scary thing for investors who depend on their investments for living expenses every month. Unfortunately, a key inflation-fighting tool, the I bond, hasn’t had much fight in it lately.

In November, the Treasury set the fixed rate for I bonds at zero percent, with a paltry variable rate of 0.74 percent to account for the miniscule growth of the Consumer Price Index.

The fixed rate will apply to all I bonds issued between November and May, and it will stick with the bond throughout its 30-year life span. In May, a new fixed rate will be announced.

The variable rate component changes every six months. A new variable rate is announced in May and November based on inflation changes and is applied to all outstanding I bonds.

Even so, finding a higher-performing alternative that has the benefits of an I bond isn’t easy, as investors look for security, portfolio diversification, a steady yield and inflation-fighting power.

Here’s a look at some I-bond alternatives and how they stack up. 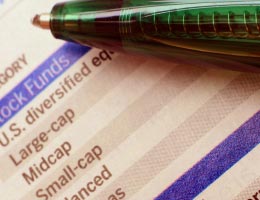 Mutual funds and exchange-traded funds, or ETFs, tied to Treasuries are baskets of short- and long-term Treasury bonds.

The upside: Treasuries are backed by the full faith and credit of the U.S. government, so investors don’t have to stay up nights wondering if they’ll default. Also, because their value tends to go up when the economy is struggling, they tend to move in the opposite direction of stocks, providing a useful counterweight in your portfolio, says David Loeper, chairman and CEO of Wealthcare Capital Management in Richmond, Va., and author of “Stop the Investing Rip-Off.”

The downside: Treasuries rarely realize high yields, but right now yields are particularly low while prices are higher than normal.

If interest rates go up quickly, the value of long-term Treasuries can nose dive, says Richelson.

“Whenever we’ve had a major decline in equities, there’s a flight to safety,” which causes Treasuries to increase in value, says Loeper.

Just be sure that any fund or ETF you buy has a low expense ratio and low fees, he says. 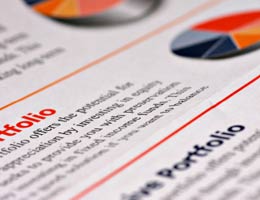 Treasury inflation-protected securities, or TIPS, are similar to I bonds, but instead of their interest rate fluctuating with inflation, their principal adjusts. When inflation occurs, the value of the security rises, causing the yield, calculated as a percentage of the asset’s value, to rise. If deflation occurs, the opposite happens.

Upside: TIPS’ value being tied to the rate of inflation allows them to provide some protection for investors in times of rising inflation. And for security, it’s hard to beat the full faith and credit of the U.S. government.

Downside: A recession-driven flight to safety of historic proportions means TIPS are being offered at very low interest rates. Those low rates and the current low inflation rate famously led to the issue of TIPS in October 2010 that were projected to have a negative real return, says Richelson.

Worse still, TIPS returns tend to follow the movement of stocks and the general economy, Loeper says. When the economy tanks and the inflation rate drops, TIPS yields go along for the ride.

Bottom line: TIPS aren’t a big improvement over I bonds right now for the average investor and could be riskier, Loeper says.

Dividend-producing stocks no sure bet 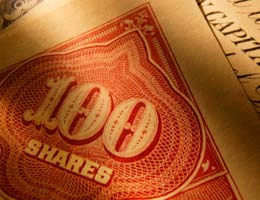 Upside: Dividend-producing stocks can provide a steady flow of income similar to bond yields, and because of a George W. Bush-era tax break, dividends are currently taxed at the low rate of 15 percent.

Downside: Stock prices are inherently unstable, and a big slide in stocks can wipe out many years’ worth of dividends in a few weeks. Also, with the federal government looking for ways to address the yawning budget deficit, it’s far from a sure thing the tax rate on dividends will stay at 15 percent going forward.

If Congress elects to raise the tax rate on dividends, companies currently offering generous dividends may put those funds into other things, such as stock buybacks. Such a strategy wouldn’t match the aims of an income investor, Loeper says.

Bottom line: There are just too many question marks associated with dividend stocks to make them a viable replacement for I bonds, Loeper says.

Municipal bonds can be a gamble 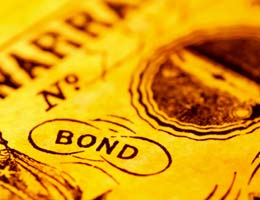 Municipal bonds are issued by cities and states and can be either taxable or tax-free.

Downside: Municipal bonds don’t carry the same guarantees against default that a Treasury bond does. Some issuers of municipal bonds are considered at risk of bond default because of a combination of tax revenue losses from the recession, political gridlock and doubts about the ability of bond insurers to cover potential losses, Loeper says.

Bottom line: States and cities in good financial shape can offer a respectable, tax-free yield with relatively low risk on their longer-term bonds, but do your homework on a municipality’s financial health before investing, says Richelson. He recommends bonds from the state government of Virginia. 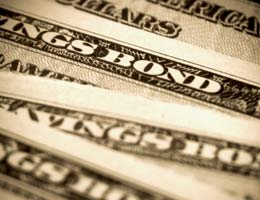 Agency bonds are issued by government corporations like Ginnie Mae or government-sponsored enterprises like Fannie Mae. The money raised is generally used to finance mortgages.

However, because they aren’t explicitly backed by the full faith and credit of the U.S. government, agency bonds offer higher interest rates.

Downside: The duration of many agency bonds can be sensitive to interest-rate changes. That’s because when interest rates fall, agency bonds are likely to be called, or redeemed, early by refinancing homeowners, robbing investors of potential yield. Conversely, when interest rates rise, homeowners hang on to their mortgages longer, locking investors into a relatively low rate and hurting bond prices.

However, because high inflation is often accompanied by rising interest rates, the sensitivity of mortgage-backed agency bonds to interest rate changes could make them a poor hedge against inflation. 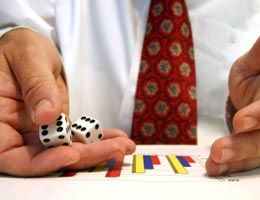 Corporate bonds are debt obligations offered by corporations to finance everything from day-to-day operations to massive corporate takeovers.

Upside: Historically, corporate bonds have offered higher yields than Treasuries and other types of government debt.

Downside: Corporate bonds are much riskier than Treasuries and other types of government debt because even big, established companies can fail, leaving bondholders holding the bag, Richelson says. Compounding the problem, corporate defaults are especially common in the type of difficult economic circumstances that cause your stock investments to fall, diminishing the capacity of those holdings to effectively diversify your portfolio.

Also, avoid foreign bonds, because the biggest component of gain or loss will be on currency fluctuations, not the bond’s actual performance. Few types of investments are quite as risky or fee-laden as currency speculation, Richelson says. 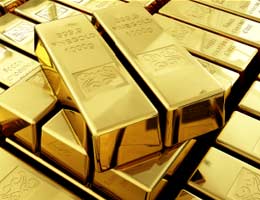 Commodities are physical goods such as gold, oil or wheat bought and sold on national exchanges. Many individual investors invest in commodities through funds and ETFs.

Upside: Commodities are seen as a hedge against inflation because you’re investing in real physical goods with prices that generally rise along with inflation.

Downside: As anyone who jumped on the oil bandwagon too late in 2008 can tell you, the value of commodities can rise and fall very quickly, sometimes wiping out huge chunks of market value in days or even hours.

Though you may hear exhortations to buy gold from a broad range of pundits, Loeper cautions against it.

“Gold has had a 200-year real return of zero,” says Loeper. “According to the World Gold Council, global supply has increased by several hundred tons in the last few years, while demand has dropped by 88 tons.”

Bottom line: Approach commodities with extreme caution, and try not to get caught up in the gold rush, Loeper says.