The billionaires making big-dollar deals in the steel and glass spires of Wall Street may seem far removed from your average American, but they do have one thing in common. Both sometimes make boneheaded financial mistakes.

Yes, these investors may have graduated from Ivy League schools and have been receiving bonuses that dwarf the lifetime earnings of many Americans. But the recent report from the Financial Crisis Inquiry Commission shows many captains of the financial industry making some of the same money mistakes that American consumers make every day.

Here’s a breakdown of some of the everyday financial mistakes the titans of American finance made that helped wreck the U.S. economy, and how you can avoid your own personal finance crisis in the future.

Don’t invest in what you don’t understand 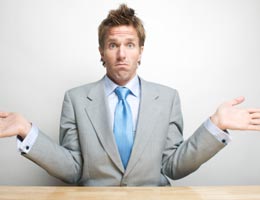 Unfortunately, individual investors who invest in securities they don’t understand also can find themselves ambushed by big declines in their investments, says Kent Grealish, a registered investment adviser and co-owner of Quacera Capital Management in San Bruno, Calif.

To prevent your own personal finance meltdown, Herb Montgomery, Certified Financial Planner and president of the Montgomery Financial Group in Orleans, Mass., says investors need to “know where the money is going, what kind of a reasonable return they can get, how much risk they’re taking, how much volatility is in the investment and whether it’s an investment that’s suitable for them.” Anything less, and investors can “get into trouble,” he says.

If you’re working with a good investment adviser, he or she should be able to explain what you’re investing in, in terms you can understand, Montgomery says. 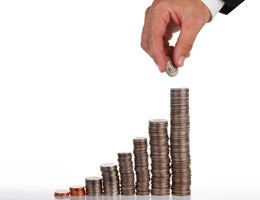 The inquiry commission found that during the height of the housing boom, many institutions were so worried about missing out on the mortgage loan boom, they seriously underestimated and in some cases ignored the risks.

Unfortunately, big institutions weren’t the only ones to get burned in real estate as the financial crisis unfolded.

In fact, individual investors are even more likely than institutional investors to get burned by investing booms, Grealish says.

“Whatever the trend, it’s well-established before they get in, because it takes a while for them to feel comfortable about doing it, so they’re always late to the game,” he says.

“When there’s so much discussion about an investment going on out there, it puts a lot of pressure on the average investor, making him feel like, ‘I need to participate, or I’m going to miss it,'” Kennedy says.

Montgomery has a good rule of thumb on spotting a potentially dangerous investing fad. “If you see it on TV, it’s a fad. It already happened,” he says.

The bust is never as far away as you think 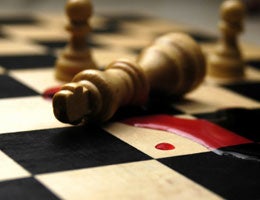 The crisis panel found that many of the big players in the financial crisis — including some of the world’s brightest financial minds — failed to see it coming. In testimony before the commission, financial luminaries, including Warren Buffett and Alan Greenspan, admitted they didn’t catch the warning signs.

“These kind of unexpected crises come up with some regularity,” Grealish says. “We don’t see them coming. Even when there are people out in the wilderness saying, ‘Hey, you’ve got to watch out for this stuff,’ there are so many incentives to go with the flow that people don’t really pay attention.”

Grealish says the best way to avoid being ruined in a bust is to invest with the knowledge that the next bust could be around the corner.

Too much debt can lead to financial ruin 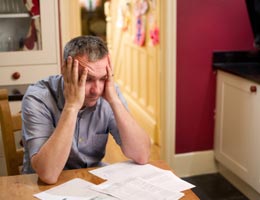 One common characteristic of the companies that failed during the financial crisis was excessive debt. From 1978 to 2007, the amount of debt held by the financial sector soared from $3 trillion to $36 trillion, more than doubling as a share of gross domestic product, according to the commission’s report. Lehman Brothers alone folded with as much as $613 billion in debt, according to its bankruptcy filing.

The problem with carrying so much debt is the cost of servicing it. Making the scheduled principal and interest payments can skyrocket beyond a firm’s ability to pay.

Many Americans also suffer from the destabilizing effects of excessive debt, which is particularly dangerous in an economy where household earners’ jobs are in jeopardy.

“Having available credit is a fantastic thing for a consumer. It lets people have a lot more flexibility,” Kennedy says. “Unfortunately, it can turn on you pretty quickly in a big way.”

“If your rates go up on your debt and you’re already struggling, it’s just like throwing gasoline on a fire,” Kennedy says.

Cash reserves are the key 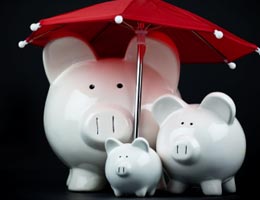 American International Group, known as AIG, became a household word after the federal government bailed out the insurance giant with billions of taxpayer dollars. The crisis panel cited two main factors for its collapse: AIG agreed to insure massive amounts of questionable mortgage-backed securities through credit default swaps, and it lacked enough cash on hand to cover its expenses if the deals went sour.

But Wall Street giants aren’t the only ones who sometimes suffer from inadequate cash reserves. Individual investors can also be hurt if they don’t have cash on hand when the markets go south, Grealish says.

“When you do need money, you could be forced to liquidate assets in a really unfavorable market environment,” he says.

Montgomery and Kennedy agree the average American family needs at least six months’ of cash reserves to cover financial emergencies as major as a member of the family losing his or her job or as mundane as a malfunctioning refrigerator or a broken-down car.

“After what I’ve seen in the last few years, I don’t think you can have too much cash,” says Montgomery. “Unfortunately, you can’t earn a lot on it in this day and age.” 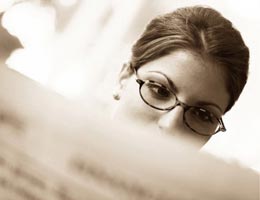 For more information on saving money and smart spending, check out these stories at Bankrate.com.